VOLCANIC ASH PREPAREDNESS IN THE EUR AND NAT REGIONS

Following the decision of the European Air Navigation Planning Group (EANPG), Programme Coordinating Group (COG) and North Atlantic (NAT) Implementation Management Group (IMG), Volcanic Ash Exercises Steering Groups for the EUR and NAT Regions (VOLCEX/SG) and for the (far) Eastern part of the EUR Region (EUR (EAST) VOLCEX/ SG) were established to initiate and maintain a programme of regular volcanic ash exercises in the EUR/NAT Regions. One of the main goals of these exercises is to test the volcanic ash contingency plan for the EUR and NAT Regions (EUR Doc 019, NAT Doc 006, Part II) which was recently updated (July 2016). Typically, one exercise called VOLCEX is planned and conducted by VOLCEX/ SG each year and one exercise called VOLKAM is planned and conducted by EUR (EAST) VOLCEX/SG.

The objective of these exercises is to improve the response to volcanic eruptions and volcanic ash contamination by the relevant national supervisory authorities, service providers (ATS, AIS, ATFM, MET) and airspace users, as well as improve the common volcanic ash contingency plan for the EUR and NAT Regions (EUR Doc 019, NAT Doc 006, Part II). The Network Manager of EUROCONTROL plays an active role in VOLCEX in exercising and evaluating the crisis coordination between various stakeholders through the EACCC (European Aviation Crisis Coordination Cell) and the AOCCC (Aircraft Operator Crisis Coordination Cell). The Main ATM Centre in Moscow plays an active role in VOLKAM in coordinating with ANSPs and operators on accepting reroutes into Russian Federation airspace based on exercise contingency routes and operators’ needs. 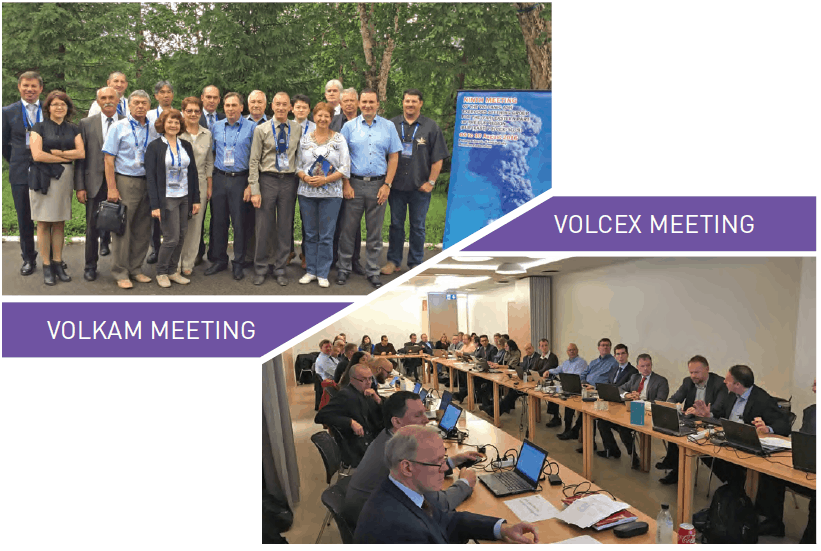 VOLKAM17 took place from 2200 UTC on 20 April 2017 to 0130 UTC on 21 April 2017. This exercise impacted trans-east, northern Pacific (NOPAC) and Pacific Organised Track System (PACOTS) routes. ANSPs from the Russian Federation, Japan, United States and Canada, as well as approximately a dozen airlines participated in this exercise.

VOLCEX17 will take place from 0800 to 1600 UTC on 29 and 30 November 2017 and will mainly impact the Mediterranean States. ANSPs from at least the Mediterranean States, EUROCONTROL, as well as 40 or more airlines are expected to participate in this exercise. For more information, you may access the ICAO Portal and groups EEVOLCEXSG and VOLCEXSG, respectively. Note that Exercise Directives that provide objectives and detailed steps of the exercise are typically posted one month prior to the exercise.

This article was originally written for the ICAO EUR/NAT Office’s Newsletter (Issue 1) on May 2017. A full list of their newsletters can be found here.