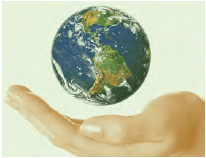 For the past seven years, ICAO has been working on a comprehensive strategy to strengthen national capacities on environment protection and, specifically, to reduce the impact of international aviation on climate change. This includes developing and promoting guidance, technical material and tools as well as offering capacity-building training to facilitate the development of State Action Plans on CO 2 emissions reduction activities.

Since the 37th Session of the ICAO Assembly in 2010, ICAO has been encouraging its Member States to voluntarily develop and submit their action plans for emissions reduction from international aviation. By October 2016, 94 ICAO Member States, representing more than 88% of global international air traffic, had prepared and submitted action plans to ICAO. In the light of the success of this initiative, the 39th Session of the Assembly in 2016 decided to encourage the ICAO Member States to submit their action plans, to update those submitted in 2012 and 2015, to share their content on the ICAO public website and to cooperate with other States for their submission in June 2018.

ICAO provides assistance to States in relation to aviation and its impact on the environment on a regular basis under its work programme. This includes the organization of meetings at ICAO Headquarters and the Regional Offices; correspondence with States on specific environmental questions; publication of documents, such as the ICAO Environmental Reports or technical documentation, including the ICAO guidance material on the development of States Action Plan (ICAO Doc 9988); and the development and dissemination of tools to assist States in accounting for aviation-related CO 2 emissions. These tools support the calculation of CO 2 emissions from air travel ICAO Carbon Emissions Calculator, the estimation of fuel and CO 2 emissions savings from operational measures ICAO Fuel Savings Estimation Tool (IFSET) and the estimation of benefits expected from the mitigation measures selected in the action plan, Environment Benefits Tool (EBT).

Since 2010, 43 ICAO Member States from the EUR/ NAT Region have developed and submitted their Action Plans to ICAO and 14 Action Plans were updated in 2015 and 2016.

The 39th Session of the Assembly recognized ICAO’s tremendous progress from 2010 and reaffirmed the collective aspirational goals that were established by the ICAO Assembly at that time. It agreed on a comprehensive strategy to progress all elements of its “basket of measures”, namely: technology; alternative fuels; operations; market-based measures; and regulatory measures. It also invited the States that chose to prepare or update their action plans to submit these to ICAO preferably by the end of June 2018, so that ICAO can continue to compile the quantified information in relation to achieving the global aspirational goals. The action plans should include information on the basket of measures considered by States, reflecting respective national capacities and circumstances, quantified information on the expected environmental benefits from the implementation of the measures chosen from the basket, and information on any specific assistance needs.

Following up on the requests received from some States, the ICAO EUR/NAT Regional Office has decided to reinforce its capacity building activities on environment. After the last seminar on State action plans held in the EUR/NAT Region in April 2017, further support has been provided to States in the Region to develop and update their action plans, consistent with ICAO guidance material (Doc 9988), for submission by the end of June 2018.