Since the Linate accident in 2001 EUROCONTROL has been working with ICAO and other partner organisations to reduce the safety risk caused by runway incursions and runway excursions. As an active member of the Runway Safety Action Plan Working Group (RSAP-WG) EUROCONTROL contributed to the development of the Global Runway Safety Action Plan (GRSAP) launched by ICAO in November 2017. One of the achievements of this fruitful partnership is the high level of consistency between the GRSAP and the European action plans for the prevention of runway excursions and runway incursions (EAPPRE and EAPPRI). The action plans promote uniform and consistent application of ICAO provisions and of EU provisions adopted by means of implementing rules. Both plans, developed under the leadership of EUROCONTROL, put a strong emphasis on the Runway Safety Teams (RST) as key elements of the national and aerodrome runway safety programmes. 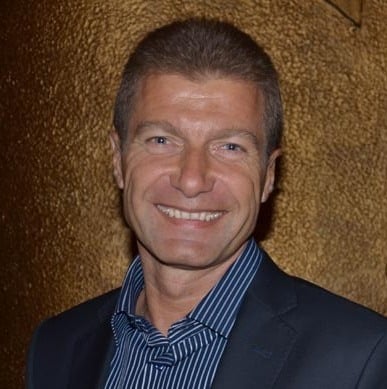 Alexander Krastev started his career in aviation in 1988 as an air traffic controller. He moved to ATM expert and operations management positions before joining the EUROCONTROL Agency in 2004. As a member the NM Safety unit team, Alexander provides safety support to the Network Manager and the European ANSPs by developing safety cases for implementation of new operational systems, changes to procedures or to airspace organisation. Alexander is heavily involved in EUROCONTROL operational safety improvement activities and has been nominated as Agency runway safety coordinator in 2018.

At the European level, the ICAOEUROCONTROL partnership materialises through the support to the EUR/NAT Technical Assistance programme, and in particular through our active involvement in the EUR/NAT Runway Safety 16003 activity. Recognising that runway safety cannot be improved by working in silos, EUROCONTROL participates in the Runway Safety Go-Team missions organised by the ICAO Paris Office. This is done through the provision of ATM operational expertise. As member of the Go-Team, the EUROCONTROL runway safety coordinator takes the lead in the ATM area during the visits to the aerodrome control tower and in the drafting of the recommendations for improvement of airside safety. He also supports his Go-team colleagues in the identification of improvements to runway and taxiway lighting systems which could prevent runway incursions or excursions.

In the presentations delivered to the members of the aerodrome RST, the EUROCONTROL Go-Team member promotes the implementation of EAPPRE and EAPPRI and the industry best practices that reduce the likelihood of occurrence of runway safety events. Most of these best practices are described in the action plans or in the appended guidance material.

These efforts are fully in line with our objective to promote the implementation of EAPPRI and EAPPRE by the aerodrome safety stakeholders and thus contribute to the mitigation of the runway collision risk in the European region.

We, at EUROCONTROL Network Manager Safety unit, are convinced that the cooperation with ICAO EUR/ NAT Office and the support to the ICAO RS Go-Team, is a practical and efficient approach to achieving the desired safety improvement at European airports.