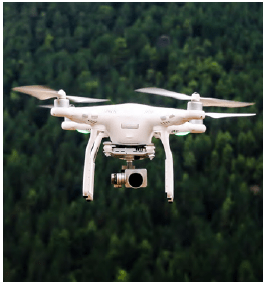 The developments in unmanned aviation have evolved at a far greater speed than those for manned aviation and the assumption that UAS (Unmanned Aircraft Systems) or RPAS (Remotely Piloted Aircraft Systems) or “Drones” are only operated in segregated airspace have been overly conservative. The diversity of these new airspace users can range from small mobile phone controlled systems up to commercially used systems with dimensions similar to that of a current commercial transport aircraft. The rapid evolution of the market, the fast developing technologies, the huge amount of systems that are already in operation today and the innovative UAS applications/services have also created some challenges that require an adaptation of the existing framework.

As a consequence of the dynamic developments, ICAO set up an Unmanned Aircraft Systems Study Group (UASSG) in 2007, which brought together experts from its Member States, stakeholder groups and industry, to discuss the impact of RPAS on aviation regulation. The Study Group developed guidance material which was published in an Unmanned Aircraft Systems (UAS) ICAO Circular 328 in 2011. In November 2014, in response to the rapid developments in RPAS technology, the UASSG was elevated to the status of a Panel, and it aims to publish, by 2018, Standards and Recommended Practices (SARPs) on unmanned aircraft including guidance on airworthiness, operations and pilot licensing. These SARPs will help to facilitate the safe, secure and efficient integration of RPAS into non-segregated airspace and aerodromes, while ensuring that the safety levels for manned aviation are not compromised. In addition, an ICAO UAS toolkit has been developed by ICAO which should assist States in the development of national regulations, thus enabling domestic operations. The ICAO UAS Toolkit serves as a guide to assist States with development of UAS operational guidance, regulations, and enable operations in a safe manner.

A dedicated RPAS Symposium for the ICAO EUR/NAT Region was held in Stockholm in May 2016 to raise the awareness of all involved aviation stakeholders on how to operate drones safely.

In response to the unpredicted commercial market growth from the small RPAS sector, several activities were launched in 2017 to support the management of drone operations below 500 ft above the ground with the RPAS in visual contact of the operator. ICAO hosted a combined RPAS/ Drone Enable Symposium from 19 to 23 September 2017 in Montreal, which addressed the collaborative activities to enable the safe operations of RPAS, the necessity for a comprehensive and harmonized regulatory framework for RPAS operations, the developments leading to the new Remote Pilot Licence (RPL), the competency-based training and licensing aspects as well as the effects of RPAS on the aviation system as a whole. This part of the Symposium was then followed by the “UAS 2017 Drone Enable” Symposium, where key aviation stakeholders shared their research, best practices and lessons learnt related to unmanned aircraft system traffic management systems (UTM).

The new approach for UAS defined a common framework with core boundaries for global harmonization of the UAS traffic management (UTM) environment. Key supporting functions, such as a registration system, including the development of an ICAO Global Drone Registry, the ability to remotely identify and track unmanned aircraft (UA), communications systems and geofencing-like systems, are expected to be included in these new developments.

The ICAO EUR/NAT Office continues to support the current activities that identify how the existing rules need to evolve so that the entrance of the RPAS and UAS community into the civil aviation system can be further facilitated.