ICAO Secretary General Dr. Fang Liu opened the Fifth ICAO Global Aviation Training and TRAINAIR PLUS Symposium that was conducted in Doha, Qatar, from 10 to 12 December 2018 by stressing to its participants the key value of Aviation Training Intelligence, and how the growth and potential of the global aviation network can only be realized if the sector has sufficient numbers of highly skilled professionals to fill its ranks. 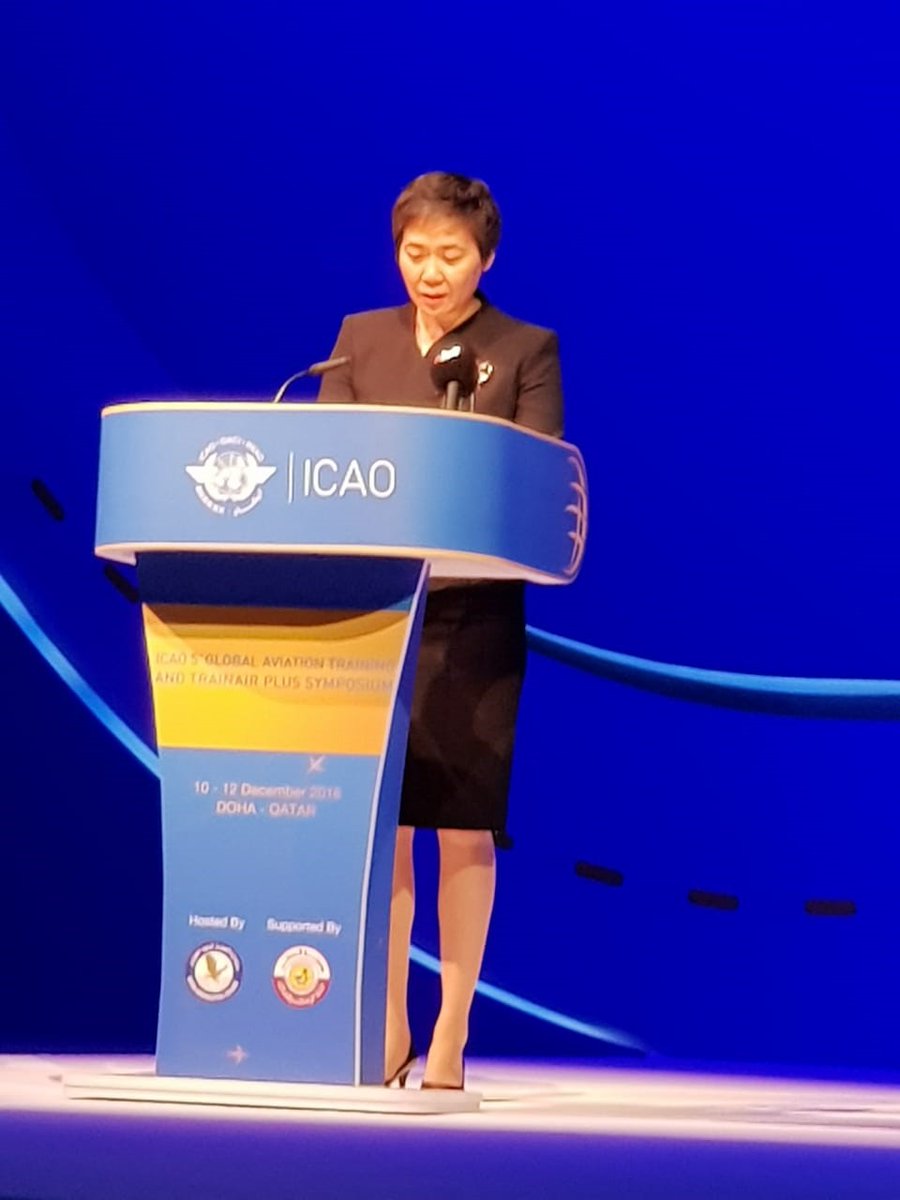 “Commercial aviation globally has doubled in flight and passenger volumes once every fifteen years since this data began being analyzed in the mid-1970s, and air traffic continues to grow robustly in all regions today,” Dr. Liu underscored, adding “Current forecasts indicate that by 2034 airlines will carry almost double the passengers and freight they currently do, supporting close to 100 million direct and indirect jobs in the process, and some USD 5.7 trillion in economic activity.”

Dr. Liu stressed to her Symposium audience that even as air transport will need more and more skilled professionals to manage forecast growth without subsequent negative impacts on air transport safety, security and efficiency, as well as the economic growth of developing nations, the sector is also being considerably challenged by current attrition factors.

“Attrition dynamics pose risks not only to our sector’s airlines and airports in terms of the pilots, maintenance personnel, controllers, and other qualified staff they need on hand, but also to Governments with respect to their safety and security oversight responsibilities under the Chicago Convention,” she remarked.

The Doha Symposium focused on the theme of Aviation Training Intelligence, and on how in today’s world of information abundance, data collected through various sources needs to be structured and managed in a coherent and functional way to develop and implement effective training. It also explored new means of measuring training effectiveness, and Dr. Liu commented that when developing new training programmes, “new behaviours, improved skills, and increased productivity should be expected as common sense outcomes.”

Current forecasts indicate that by 2034 airlines will carry almost double the passengers and freight they currently do, supporting close to 100 million direct and indirect jobs in the process, and some USD 5.7 trillion in economic activity

“It is therefore critical to be able to effectively measure training impacts based on data collection types, analyses, and results which generate sound decision-making intelligence,” she said.

Another important factor stressed by the ICAO Secretary General in terms of current human resources development, management, and planning priorities was the rapid increase in the deployment of new technologies across every major industry sector.

“With the introduction of artificial intelligence, virtual reality, and unmanned aircraft systems, to name just a few areas of intensive innovation today, we are also seeing some tremendous competition globally for qualified technical personnel,” she noted. “This poses still further challenges for aviation in terms of attracting and retaining the personnel we now need.”

She drew attention to the important role of the ICAO TRAINAIR PLUS Programme in this regard, which is composed of more than 100 Members, including 12 training organizations in the Middle East Region, as well as to the fact that it is welcoming an increasing number of universities into its network today.

During a Membership Ceremony at the symposium, the Secretary General recognized nine organizations which have recently attained TRAINAIR PLUS Programme milestones, including training centres and universities from Algeria, China, Oman, Singapore and the United States of America. Airports Council International, the global trade association for the world’s airports, was also officially recognized as a TRAINAIR PLUS Corporate Partner, paving the way for further joint course development and delivery activities.