The Chicago Convention, the landmark agreement on aviation signed by 54 nations in 1944, established ICAO to promote cooperation and “to create and preserve friendship and understanding among the nations and peoples of the world”.

Seventy-five years later, the International Civil Aviation network carries over four billion passengers annually. The global Air Transport sector supports 65.5 million jobs and USD 2.7 trillion in global economic activity, with over 10 million women and men working within the industry to ensure 120,000 flights and 12 million passengers a day are carried safely to their destinations. The wider supply chain, flow-on impacts and jobs in tourism made possible by air transport show that at least 65.5 million jobs and 3.6 per cent of global economic activity are supported by the aviation industry according to research by the Air Transport Action Group (ATAG).

From January to June 2019, ongoing celebrations by 11 MID States (Egypt, Jordan, Iraq, Iran, Libya, Sudan, Kuwait, Saudi Arabia, Yemen, UAE and Oman) were held to recognize the signing the Chicago Convention, according to the timeline below.

We thank our MID States for their tremendous efforts and great collaboration with ICAO to promote the aviation industry, and for their outstanding achievements in Civil Aviation. Thank you for your continuous efforts to contribute positively to aviation safety, security and sustainability, and for the tremendous safety record that the aviation industry has achieved due of your commitment. In the second half of the year, from July to December, Qatar, Lebanon, Bahrain and Syria will mark their own celebrations. 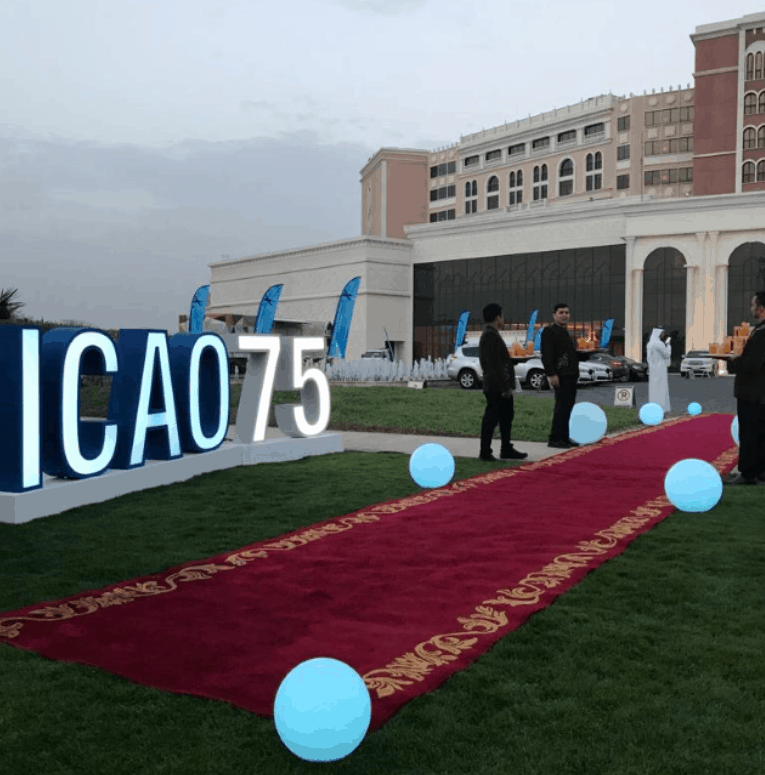 During the ICAO Blockchain Aviation Summit and Exhibition, ICAO’s 75th Anniversary was celebrated with a series of colourful projections.

The summit displayed a large ‘ICAO 75’ at the entrance during the day. At night, a breathtaking display (picture at the top of this page) in the Emirati sky and on important landmarks highlighted the important anniversary. A projection reading “ICAO 75” (below) appeared on the blue-lit Sheikh Zayed Grand Mosque Center and on the famous burg Al Arab building. 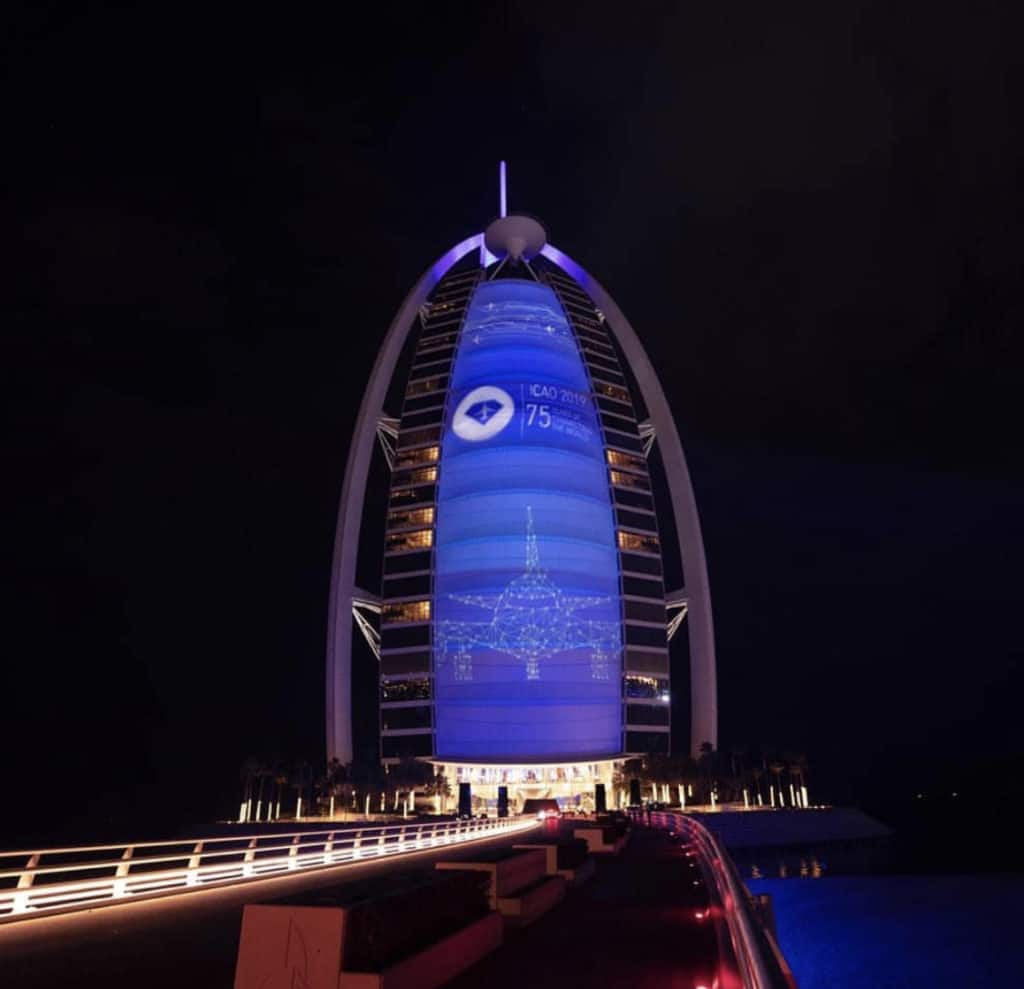 In celebration of the ICAO 75th Anniversary, and for the first time, a football game was played as a side event during the MIDANPIRG and RASG-MID Meetings. While the RASG Team was in advance by one goal in the second half, the MIDANPIRG team scored and managed to win the game with a final score of 4 to 1. 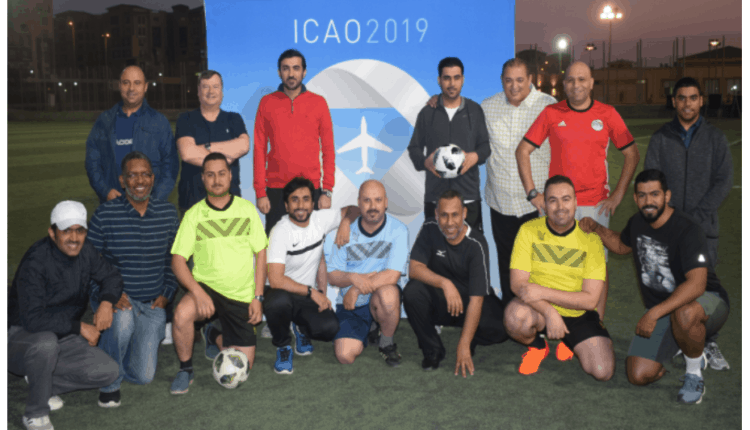 The event was attended by the ICAO MID Office Regional Director, Mr. Mohamed Rahma together with His Excellency, Mr. Ali Khalil Ibrahim, Director General of the Iraqi Civil Aviation Authority.
The game was a unique opportunity to bring all teams and States together in a happy and positive gathering.