A message from the Regional Director, ICAO EUR/NAT Office

In 2014, ICAO organized its first ICAO Council Off-Site Strategy session with the purpose to determine how ICAO could better communicate with and assist its Member States. One of the major points covered during these meetings was the fact that there are still large discrepancies with respect to how some States implement ICAO Standards and Recommended Practices (SARPs). 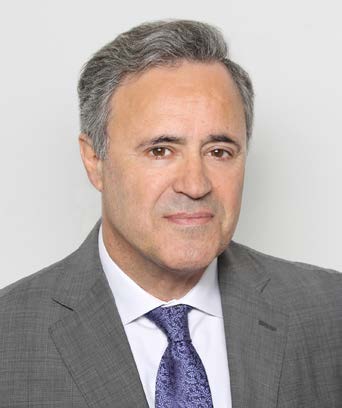 Luis Fonseca de Almeida took office as the Regional Director of ICAO for Europe and North Atlantic on
4 January 2011. His life-long career in civil aviation began with the Portuguese Civil Aviation in December 1973. In 2004, he was appointed the Chairman of the
Portuguese Civil Aviation Authority (INAC) until January 2011. From September 2007 to December 2010 he was elected President of ECAC , and prior to that he was Vice President of the Eurocontrol Provisional Council (from 2005 to 2007). As Chairman of INAC, he was also responsible for the Civil Aviation National Security Authority, the Air Transport Emergency Planning Commission and he was seated on the Board of Public Works and Transport.

It was resolved that ICAO should provide more direct assistance to developing countries by playing a more active coordination role between States and by helping to generate the political will needed for States to pool resources, participate in regional efforts, earmark voluntary funds and build capacity.

The “No Country Left Behind” (NCLB) initiative was launched on ICAO’s 70th Anniversary on 7 December 2014 and endorsed by the ICAO Assembly (Resolution A39-23), in order to:

Under ICAO’s NCLB global initiative the EUR/NAT Office developed a Capacity Building Regional Programme to be implemented by means of Technical Assistance Projects, in accordance with the availability of funds and human resources.

A project management approach for the ongoing and new activities has been identified in the EUR/NAT Office as the optimum way “to do more with less”. Therefore, our Technical Team was trained and certified in Programme
Management principles and has been assigned to multidisciplinary project teams.

The EUR/NAT Office launched its NCLB programme with the following principles:

The EUR/NAT Office is now dealing with more than ten projects in its area of accreditation and has already achieved important outcomes (e.g. three SSCs were resolved out of the initial four SSCs; five Air Navigation Deficiencies were rectified in the AIS field out of the initial nine; 54 missions performed and 134 National Experts trained).

The NCLB initiative is now one of the pillars of the EUR/NAT Office working programme. We look forward to improving and extending our technical assistance activities, in cooperation and coordination with our partners, in order to match the needs of our Member States.