What are the accident investigation provisions in Annex 13 of the Chicago Convention?

The Standards and Recommended Practices outlined in Annex 13

To help the public and media better understand the scope and substance of ICAO’s involvement in international aircraft accident investigations, we are providing answers to some frequently asked questions below.  ICAO does not normally participate in aircraft accident investigations, except when the State or States with due authority under Annex 13— Aircraft Accident and Incident Investigation request our assistance directly. In those exceptional circumstances, assistance normally involves ICAO acting as an official observer and/or clarifying various Annex 13 requirements when requested. 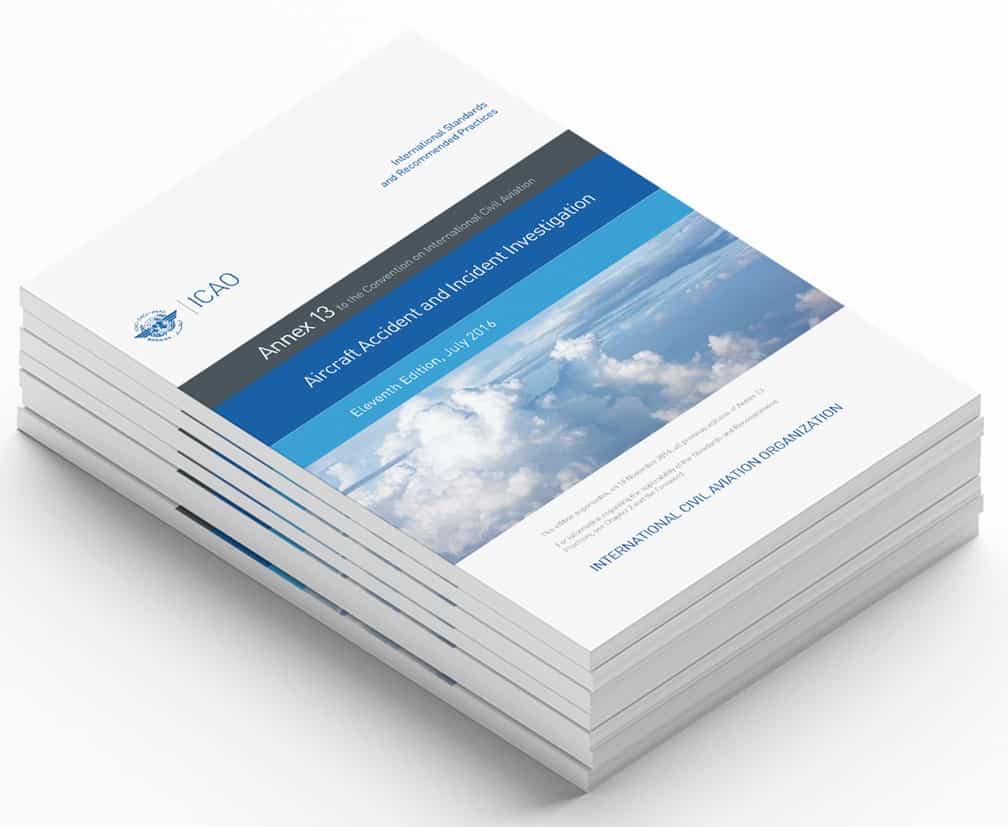 We are sharing Annex 13 in its entirety below. Links to view the publication in ICAO’s six official languages are also provided.

What is the international definition of an aircraft accident?

Annex 13 to the Convention on International Civil Aviation, which reflects the Standards and Recommended Practices covering Aircraft Accident and Incident Investigation, defines an accident as an occurrence associated with the operation of an aircraft: – in which a person is fatally or seriously injured; – in which an aircraft sustains damage or structural failure requiring repair; – after which the aircraft in question is classified as being missing.

Which State or States are responsible for conducting an accident investigation, and what other States may participate?

Additionally, a State which has a special interest in an accident, for example by virtue of the number of its citizens involved in or impacted by it, is also entitled to appoint an expert to the accident investigation. These special interest State experts are entitled to:

What is the primary objective of an Annex 13 investigation?

How are Annex 13 accident investigations reported?

According to Annex 13, which is shared in full below, the State conducting the investigation of an accident or incident is expected to produce a Preliminary Report within 30 days of the accident. This Preliminary Report may be public or confidential at the discretion of the State in charge. A publicly available Final Report is encouraged to be produced by the State in charge of the investigation within 12 months of the accident.

Annex 13 is also available in the following languages: