Did you ever wonder where those three-letter codes that identify aircraft in flight, come from?

On 7 December 1944, the Convention on International Civil Aviation (also known as Chicago Convention) was signed by 52 States. Pending ratification of the Convention by 26 States, the Provisional International Civil Aviation Organization (PICAO) was established. It functioned from 6 June 1945 until 4 April 1947. By 5 March 1947 the 26th ratification was received and ICAO came into being on 4 April 1947.

Going back to when ICAO was still PICAO, the importance of being able to identify newly created airlines in flight was already clear.  The COM panel of PICAO was the group that provided the groundwork for the Three-letter and Telephony identifiers that we use today. 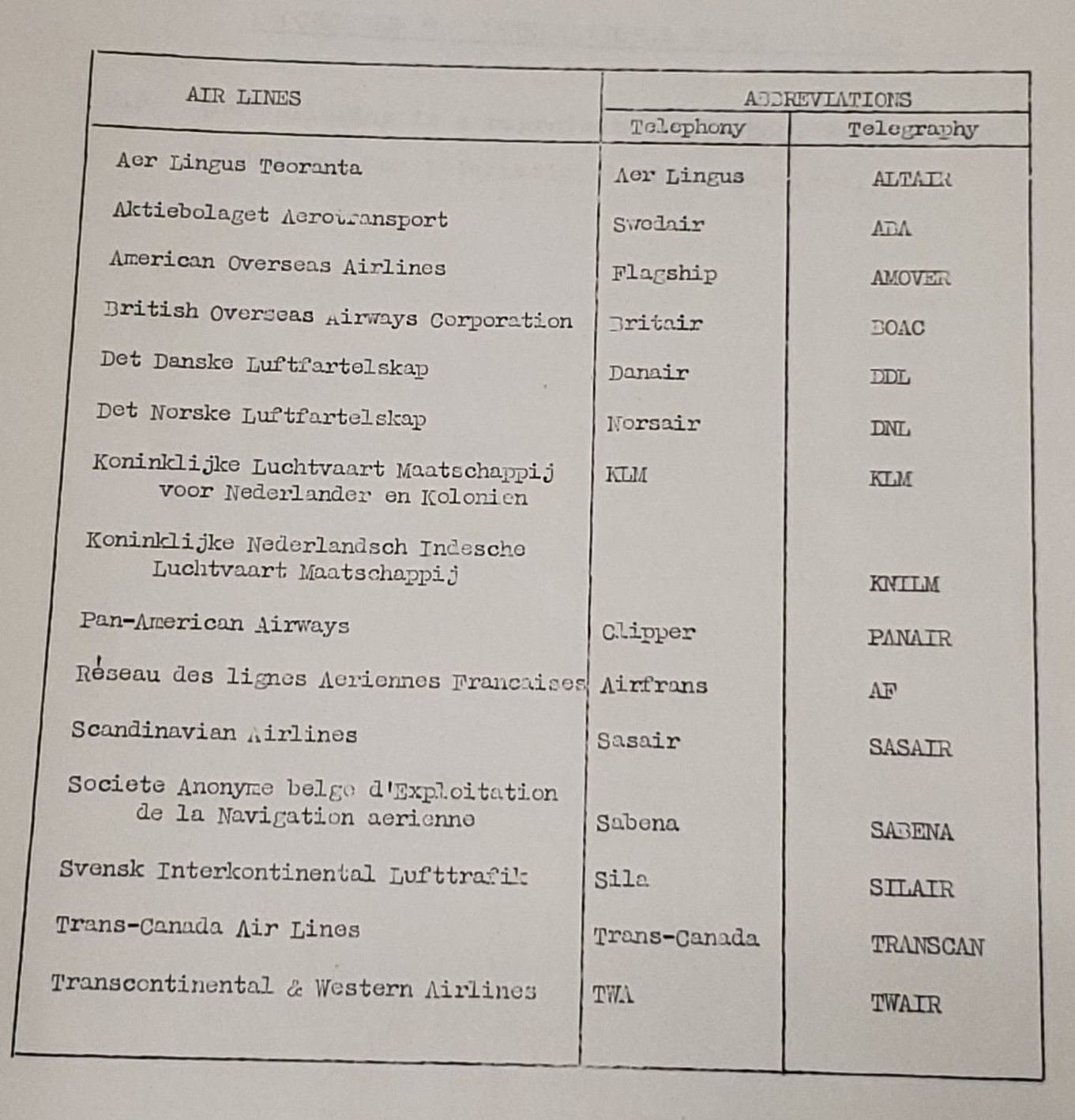 Initially, there were only telephony designators assigned, as you can see in the excerpt from the final COM report in 1947.  The small number of airlines listed is astounding when compared to the over 6,200 designators currently listed in our 3LD database today.

This document then evolved into Doc 506 and then into Doc 6938 and then into the Designators for Aircraft Operating Agencies, Aeronautical Authorities and Services (Doc 8585), which is used worldwide today. During Assembly A37 of 2010, (A37-WP/71), ICAO’s Technical Commission announced an initial set of safety tools, one of which was the online Aircraft Safety Information Service (OASIS), which included the database for Designators for Aircraft Operating Agencies, Aeronautical Authorities and Services (Doc 8585). This database and the related print document contained the listing of three-letter and telephony designators assigned by ICAO, including a list of any changes to the designators since the previous issue was published.

In October 2014 State letter 2014/72 announced the new web-based request system for three-letter and telephony Designators called 3LD. The system which was implemented on 1 November 2014, was a welcome replacement for the slow and antiquated paper-based system of requesting and assigning designators to States.

The transition to an online system provided states with the ability to trace designator requests online and enabled the option for states to receive timely data downloads of the updated designators, an accomplishment that supported ICAO’s new strategies to provide safety data as required in a timely and reliable manner.

In June of 2019, ICAO held its first 3LD User’s Forum Meeting to align itself with the future needs of State’s 3LD Focal Points in consideration of the upcoming improvements of the online 3LD system.

ICAO looked into ways to expand and improve it’s 3LD dataset and delivery methods in response to the increasing demands for safety data globally, taking into consideration the needs of States that were identified in the 3LDUF meeting report.  These issues have been incorporated in a new 3LTD Database and Integrated Request System that should be launched in 2023. 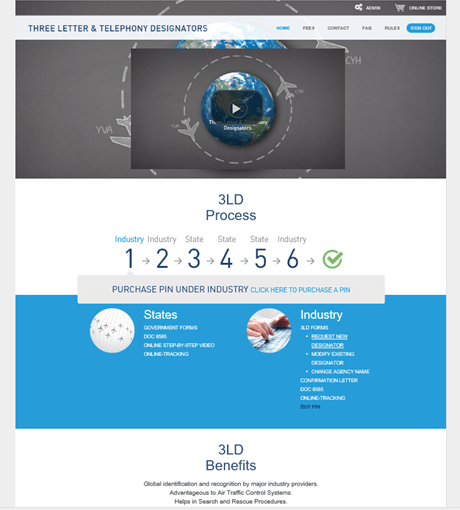 The new 3LTD online system will allow States to better monitor their presently assigned designators, which they are not able to do in the current 3LD system. The new system will permit 3LTD State Focal Points to review, approve, or reject requests for new designators that are submitted online by agencies/airlines.

This new interface will also provide 3LTD State focal points with the ability to research their proposed new designator requests before approving the online request.  Focal Points will be able to query the dataset of existing designators assigned in the 3LTD database for similar assigned designators that may conflict with those requested, and then allow the focal point to amend the online request before submitting it to ICAO.

The request is then reviewed through ICAO ATM and OPS experts, helping to achieve global suitability and non-duplication of designators. ICAO will also introduce a new “CTRL” number that will be added to all 3LD’s on the assignment letters to make them unique in time. While a 3LD may be recycled/reassigned to another agency/airline 60 days after the current assigned user has gone out of business, the combination of 3LD and the control number will forever be unique.  This will enable States to know exactly which agency/airline was assigned that 3LD during a specific time period.

The 3LTD system will give States the ability to assign subordinate focal points and to transfer their duties to other candidates in their organization.  To date, 117 states have assigned 3LD focal points with ICAO. We hope to increase this number to include all States with three-letter and telephony assignments, so that all States can benefit from the implementation of the new 3LTD system.  Civil aviation authorities that need to verify whether their State has an assigned 3LD focal point, may send a message here. 3LD@icao.int.

The 3LDUF meeting also brought up some suggestions for future expansion these designator sets to a 4 or 5 digit system. Before increasing the number of digits, ICAO would be required to carefully assess the implications to ANSP and other users of 3LTDs.  Should the need to expand the existing 3 digits come to pass, the new online system has been designed to allow for this expansion in the future.

After COVID, the number of passengers worldwide was 2.3 billion (49% below pre-pandemic 2019 levels), but up from the 60% drop seen in 2020.  ICAO currently projects that passenger traffic is expected to recover to 86% of its 2019 level by 2022, which is still a significant increase from 1947, when this volume of flights was not unimaginable. The expansion of air traffic will only continue, with ICAO at the forefront, ensuring this growth will be accommodated in the safest manner possible.

Sharron Morin is a Programme Associate and Administrator for the Three-Letter and Telephony Designator database (3LD), producing the ICAO Document 8585, Designators for Aircraft Operating Agencies, Aeronautical Authorities and Services, currently working in the Operational Safety Section of the International Civil Aviation Organization (ICAO).  Sharron has worked with ICAO for over 20 years and previously operated the ICAO worldwide aircraft accidents database for 10 years, as well as being an ADREP/ECCAIRS trainer.