The New Civil Aviation Accident Investigation Board of Argentina (JIAAC)

In late 2007, the Government of Argentina took the decision to transfer the entity in charge of civil aviation accident investigations to the civilian sector after nearly 40 years under the control of the Argentine Air Force.

In August 2010, it was decided that JIAAC would function as a decentralized institution under the Transport Secretariat which was then part of the Ministry of Federal Planning, Public Investment and Services. The goal was to have an accident investigation body that would be financially autonomous and have its own legal status as well as the ability to take action under public and private law.

The support of the International Civil Aviation Organization (ICAO) was needed to achieve this goal and a Service Management Agreement to this effect was signed that year. Under Project ARG/10/801, the new Civil Aviation Accident Investigation Board (JIAAC) was created.

In May and June 2007, a preparatory ICAO mission was conducted to assist the Government in developing a strategy for the handover of civil aviation responsibilities from the Air Force to the National Civil Aviation Administration (ANAC).

As part of the agreement, Argentina underwent a safety oversight audit at the end of 2008 through the ICAO Universal Safety Oversight Audit Programme (USOAP). In addition, 11 Latin American States plus Airbus and Embraer provided funding for the Regional Safety Oversight Cooperation System project, RLA/99/901.

The aim of Project ARG/10/801 was to assist the country in creating a “new” Civil Aviation Accident Investigation Board following its decentralization, in accordance with prevailing legislation and ICAO Standards and Recommended Practices (SARPs).

The existing legal framework was adapted with the appropriate revisions, modifications, updates, substitutions and exemptions in order to establish duties and functions in accordance with the Standards and Recommended Practices of Annex 13 and related ICAO documents.

At the time the new JIAAC was created, there were 44 members of the existing staff consisting of 19 ranking and subordinate officers, 5 civilians and 20 ICAO project hirees. The project, which required State funding of slightly over $5.3 million, aimed to recruit personnel and put in place the logistics, equipment, infrastructure and systems for carrying out the tasks.

The stated objectives were to revise applicable regulations and legislation, and to adopt a restructuring plan with a new organigram and the necessary rules, human resources and other inputs for start-up, as well as to establish a plan of action to streamline the new JIAAC units.

One of the changes was to update the Aviation Code by revising the complementary legal provisions and regulations as well as the national Civil Aviation Procedures “in keeping with international commitments”.

Project ARG/10/801 had an initial timeframe of 31 months during which the administrative and organizational structure of the new JIAAC was created, with immediate objectives such as:

The project was extended for an additional 24 months to 30 November 2015, “in order to maintain the support provided to JIAAC and ensure compliance with the objectives”. The project has now been renewed for another 24 months, from 1 December 2015 to 30

November 2017, which entailed updated goals and new plans for the future.

As a result of this cooperation agreement, the Argentine State has created the first financially autonomous and independent AIG body in the Latin American region. The investigative model has been modernized so that reports will lead to improvements in the aviation system.

Also, a “Community Outreach” plan has been developed, with conferences, events, seminars and workshops emphasizing federation and promoting safety values. A communication unit has been set up to generate a new public image, making the most of web-based tools, social media and outreach to specialized and mass media. This initiative has forged links to the world, fostering the active sharing of approaches and models and mutual assistance among partners in Europe and the Americas.

Goals for the Future

Internally, a new governing structure has been developed and consolidated including leadership roles within JIAAC. Goals for the future include: providing administrative support for the AIG Regional Cooperation Mechanism (ARCM); consolidating investigator training and facilitating further specialization with on-going courses and refreshers; developing certified TRAINAIR PLUS courses that will make JIAAC a centre of training in the South American region, and finally; transferring experience from the aviation system to other transport systems, thus promoting a multimodal vision for safety. 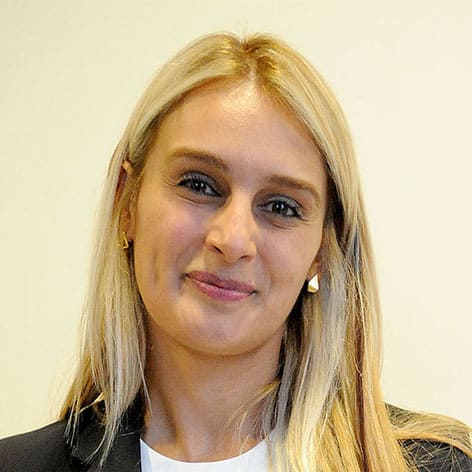 Pamela Suarez is a national public accountant and graduate of the Universidad Nacional de Rosario. She earned graduate degrees in public administration and a specialization in Business and Cost Management. She has been working in the public sector since 1999, holding various positions in administration, representation and financing. In March 2013, she became the Chair of the Civil Aviation Accident Investigation Board (JIAAC).

Dedicating a week to enhancing gender equality in aviation