A spotlight on Rwanda: How compliance with international standards has facilitated development

On 3 February 1964, the Government of Rwanda became a signatory to the Chicago Convention of 1944.

Since its inception, the International Civil Aviation Organization (ICAO), as a United Nations specialized agency, has actively worked toward streamlining the global aviation industry. This has been done through various programmes and audits that emphasize Standards and Recommended Practices (SARPs) to incorporate new changes.

In Rwanda’s case, there has been an aggressive strategy toward ensuring world-class safety, security and the provision of quality services – elements that are key to industry sustainability.

At the end of 1994, Rwanda’s economy was in tatters due to the grueling effects of the genocide against the Tutsi. One million people were massacred. Both human resources and infrastructure were in total ruins across all sectors of the national economy. However, this calamitous situation did not deter the drive for reconstruction by the current Government of Rwanda and the pursuit of an ambitious plan that set off a speedy recovery. In this regard, the aviation sector was no exception.

As the Government of Rwanda implemented its plan to improve macroeconomics and rejuvenate the private sector, it recognized that a vibrant aviation industry could break the barriers of the country’s landlocked status and it formulated a long-term vision of linking Rwanda to world markets.

Aviation was earmarked as a major pillar of the economy and major investment was dedicated to the sector. ICAO proved to be an invaluable partner to Rwanda in this endeavor because it offered a basis for compliance that provided a solid foundation for the aviation sector upon which momentum could be built. 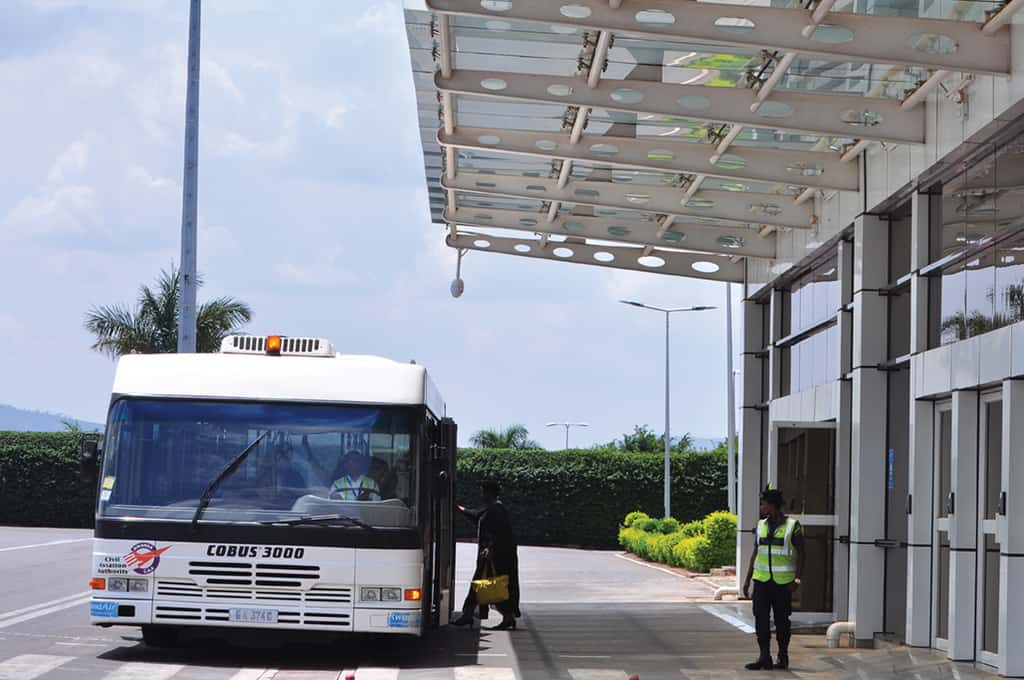 Since the outset of reconstruction, ICAO has provided guidance to ensure that development efforts have been internationally compliant. Among others, ICAO’s key endeavors have been to resolve the outstanding significant safety concerns; improve the State’s effective implementation of the eight critical elements of the safety and security oversight systems; accelerate implementation of the Yamoussoukro Decision to improve connectivity through liberalization of air transport; ensure access and affordability to the public; and achieve efficient and seamless air traffic management systems.

In transforming the socio-economic state of the African continent and the world at large, ICAO has also provided assistance to ensure the sustained growth of air transport, thus contributing to 13 of the 17 Sustainable Development Goals (SDGs).

Rwanda has greatly benefitted from a relationship with ICAO that dates back to the domestication and operationalization of the Convention on International Civil Aviation and its related Annexes through smart regulations that have guided both regulators and operators in achieving globally accepted standards.

This support has significantly enhanced the RCAA’s inspection, quality management capacities as well as its primary and operating regulations, and technical guidance materials. The institution has also ensured the quality of airworthiness, flight operations and personnel licensing staff through continuous knowledge development to continuously upgrade human resource capabilities, which has consequently raised safety standard to the benefit of passengers.

With ICAO SARPs as the foundation, the RCAA has become steadfast in its resolve to make the aviation sector the best it can be, and the country is on a clear path of developing an efficient, safe and secure civil aviation industry in Rwanda. With an efficient organization in place, the compliance results are excellent and the ultimate goal of becoming an aviation hub is in sight.

This dynamic environment has attracted international carriers to Rwanda as a preferred destination. Rwanda’s alignment with international standards has enabled the country to enter into Bilateral Air Service Agreements (BASAs) with over 50 countries within and beyond Africa, and the country is now championing the accelerated implementation of the Yamoussoukro Decision (Open Skies) following the solemn commitment by 11 Heads of State in 2015 to liberalize African markets.

In just five years, RwandAir has achieved IOSA and ISAGO certifications, enabling the airline to spread its wings to more than 19 destinations across Africa and to Dubai. The national carrier will very soon add London, the United States, and India to its list of destinations. The certifications attest to the relentless work being done by the regulatory arm of the Government of Rwanda so that the airline ensures internationally recognized operational efficiency in the areas of safety, security and the provision of traveller-centric service. 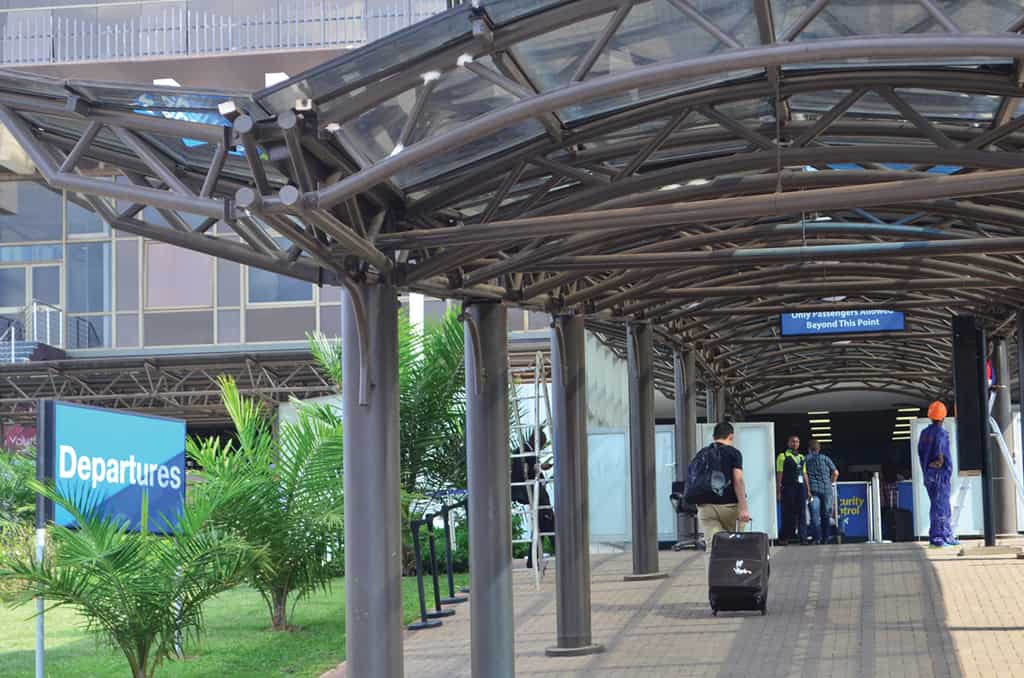 The correlation between international compliance and the Government of Rwanda’s persistent efforts to develop the aviation sector over the last five years has resulted in investments of over $70 million in infrastructure and enhanced technology. At Kigali International Airport, major investments were made to ensure reliability and efficiency in air traffic management and meteorological systems, in addition to considerable minimization of bird strikes with the installation of a Bird Collision Avoidance System (BCAS) along the runway.

A new apron has doubled parking capacity, and the expansion of the terminal building has cut back queues and congestion. The upgrade has also enabled faster movement for passengers, hence reducing check-in time. With the new clearance software, acquiring an overflight and landing permit takes five minutes compared to previous clearances that took up to three days. As a result, the Kigali International Airport has, for the last five years, been ranked among the ten best airports in Africa.

Construction of the state-of-the-art New Bugesera International Airport (NBIA) with bigger and better handling capacities is underway. In a show of dedication to the growth of aviation and the impact on the economy, the Government of Rwanda initiated a public-private partnership with Mota-engil, a Portuguese construction company, to jointly spearhead this project. Located 40 km from Kigali City, the NBIA is designed to accommodate the steadily increasing air traffic, which is growing by 13 percent annually.

In February 2016, Rwanda became one of the first countries in Africa to put in place regulations governing Unmanned Arial Vehicles (UAVs) commonly, called drones. Since then, UAV related companies and activities have become frequent in the country. They have gradually been incorporated into the economy and used in the formulation of significant income generating projects, research and recreational activities.

Rwanda has been able to build an aviation sector that has increasingly become a pillar of economic muscle linking Rwanda to international markets and breaking down market barriers. Its aggressive strategy promises to benefit the Rwandan people for decades to come.

Tonny Barigye has been the Public Relations Officer at Rwanda Civil Aviation Authority for 7 years. A former freelance journalist for 9 years with New Vision in Uganda and reporter with the New Times Publication Ltd. in Rwanda, he was also a pioneer writer of the Private Sector Publication in Rwanda. Recently, he launched a bi-annual publication for the Rwanda Civil Aviation Authority covering the latest news, analyses and transformational activities within Rwanda’s aviation sector and beyond.

ANC Talks: The development, deployment and impact of iPacks