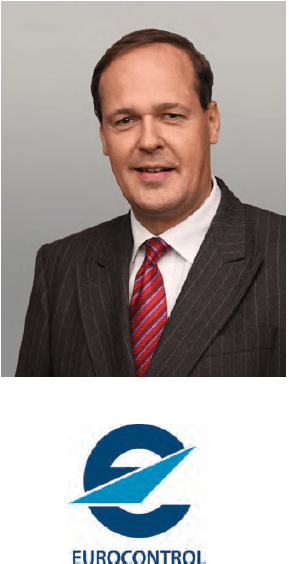 EUROCONTROL has a long history of cooperation with ICAO; the first agreement between the two organizations was signed in 1965. This cooperation has continued on activities spanning many groups, events and services, both globally and regionally.

At a global level, we work closely with our colleagues from the European Union, ECAC and Member States to ensure that Europe has a single clear voice at ICAO. EUROCONTROL participates in many ICAO panels and groups and is widely recognised for its neutral, cross-border and deep technical knowledge of ATM.

This knowledge comes both from our operational roles (as Network Manager and as the operator of the Maastricht Upper Area Control Centre) and also from our extensive work on the future of ATM, ranging from long-term research to being a founding member of, and major contributor to, the SESAR Joint Undertaking.

This is because it is at the regional level that a great deal of practical work is achieved, focusing on the future of ATM in Europe and bridging the gap between the Global Air Navigation Plan and action at the European or national level. For example, the European Single Sky Implementation Plan (ESSIP), published by EUROCONTROL, looks in detail at how the GANP Aviation System Block Upgrades (ASBUs) are linked to the ESSIP objectives, so that implementation of the ASBUs can be monitored without duplicating effort.

We live in a continent with many countries but a single airspace. It is essential that we coordinate our ATM across Europe...

We live in a continent with many countries but a single airspace. It is essential that we coordinate our ATM across Europe, including both EU and non-EU States, all within the context of the Global Air Navigation Plan and the Single Europe Sky. As a result, we work closely with ICAO EUR/NAT, and in particular with the European Air Navigation Planning Group (EANPG), with notable contributions in the areas of AIM/SWIM, network operations, CNS, airports, safety and security.

To look at one current example out of many, earlier this year, ICAO, EASA and EUROCONTROL jointly hosted a Final Approach Operations Symposium at our Brussels site. This included sessions on the introduction of recent ICAO changes for Final Approaches, procedure design, validation and ATM aspects, airborne and airport aspects on the transition to final approach and Performance-Based Aerodrome Operations.

Such events are particularly valuable for their focus on how all the different players in aviation can work together to improve performance and on the practical steps that need to be taken in order to achieve concrete results.

Of course, we need to recognise that with multiple overlapping organizations there is the potential for duplication, which is not only wasteful but also confusing for everyone. However, we can work to address this and a good example is in an area related to the Symposium. In September this year the ICAO EUR Performance Based Navigation Task Force and the EUROCONTROL Navigation Steering Group held a combined meeting, again hosted at EUROCONTROL. This meeting jointly considered a range of topics, including the follow-up from the Symposium. The joint approach is more efficient for everyone concerned and means that better use is made of resources and sharing of information.

Europe is facing real challenges as traffic is now at record levels.

There are many other examples of how EUROCONTROL cooperates with ICAO. Our status as a civil-military organization means that we have particular expertise in the flexible use of airspace and we are working to see how other regions of the world could benefit from Europe’s experience. In particular, we have worked with ICAO on its guidance material on this subject.

We also support ICAO in its ‘No Country Left Behind’ initiative, focusing on aeronautical information in the AFI region. It is part of EUROCONTROL’s outward facing approach that has also included sharing our experience of regional cooperation with, for example, South East Asia. We also share real time operational data (or are setting up mechanisms to do so) with other countries: the USA, the UAE and Brazil. This is all part of the journey towards the ICAO Global Flow Management concept.

Events in one area can have a very widespread impact, as was demonstrated during the volcanic ash crisis in 2010. That led to the setting up of the European Aviation Crisis Coordination Cell – another example of how ICAO EUR/NAT works closely with the Network Manager. ICAO EUR/NAT regularly participates in crisis exercises so that we all can be better prepared for the next event, whatever it may be.

Europe is facing real challenges as traffic is now at record levels. In July and August this year, for the first time ever, the network handled more than a million flights each month. This level of demand has significant implications for our joint efforts to achieve the Single European Sky targets.

It is only by working together that we can improve performance. EUROCONTROL and ICAO EUR/NAT are both important in making that happen.

Mr. Frank Brenner has been the Director General of EUROCONTROL since 1 January 2013. EUROCONTROL (an intergovernmental organization with 41 Member States and 2 Comprehensive Agreement States) is concerned with all aspects of Air Traffic Management in Europe and, in particular, it operates as Network Manager for the more than 10 million flights a year over Europe.