The UN Security Council Resolutions on foreign terrorist fighters are achievable, but only if States implement ICAO’s and INTERPOL’s related provisions fully and effectively, declared ICAO Secretary General Dr. Fang Liu at the at the recent INTERPOL General Assembly that took place in Santiago, Chile.

Providing the keynote address, Dr. Liu highlighted the crucial importance of States’ commitments to one another under the 1944 Convention on International Civil Aviation, and in particular the standards and recommended practices (SARPs) set forth under its Annex 9 – Facilitation and Annex 17 – Security. She stressed the importance of these SARPs to the UN Countering Terrorist Travel Programme (CTTP), which has been launched by the UN Office of Counter-Terrorism, and is being implemented by ICAO in partnership with INTERPOL and the UN Counter-Terrorism Committee Executive Directorate (UN CTED), the UN Office of Information Communication Technology (OICT), and the UN Office on Drugs and Crime (UNODC). 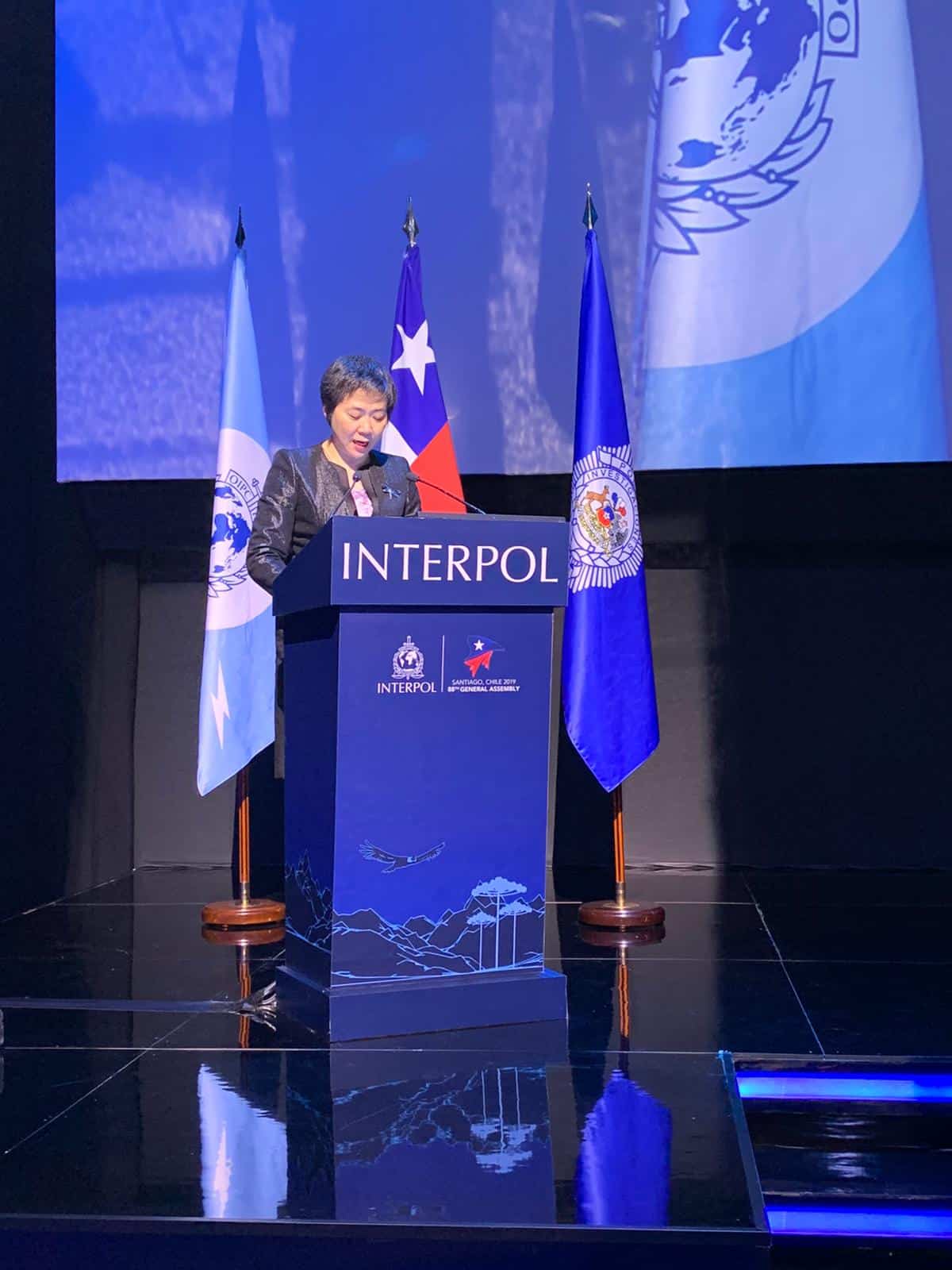 But Secretary General Liu also underscored that the implementation of these provisions by States is currently insufficient.

“Over 50 percent of international travellers are crossing borders by air today. In order to ensure that fraudulent, counterfeit, stolen, or lost travel documents are effectively invalidated and removed from circulation, ICAO’s Annex 9 requires that States report these via INTERPOL’s Stolen and Lost Travel Document database,” she noted, emphasizing that “not all countries systematically query travellers’ documents against the INTERPOL databases and there is an urgent need to react to and correct this situation.”

Dr. Liu also stressed how the effective border control processes and travel document security features contained in ICAO’s guidance can greatly assist in the prevention of foreign terrorist fighters movements, and that States’ complacency in the area was of particular concern given that the number of travellers crossing borders by air is forecast to reach some 3 billion passengers by 2030, with much of the growth being projected in emerging economies where law enforcement capacities are still developing.

API provides for the screening of passenger names in various watch lists, while PNR allows for the analysis of travel patterns of those individuals not already contained on watch lists. Although the requirement to establish an API System became an ICAO Standard in February of 2018, as of today only 67 States have met it.

And while PNR data exchange forms part of the ICAO Traveller Identification Programme (TRIP) strategy, and has also been recognized for its important contributions to relevant UN Security Council resolutions, Dr. Liu noted that only 27 States currently have a PNR data system in place.

“PNR data is currently one of the most pressing topics for the aviation security and facilitation community. In line with UN Security Council resolution 2396, Member States are called upon to develop the capability to collect, process and analyze PNR data in furtherance of ICAO SARPs,” Dr. Liu noted. “While UN Security Council resolution 2396 already places a legal obligation on States to develop PNR programmes, once again global implementation is lagging in this area.”

Additional implementation gaps Dr. Liu explored pertained to how a number of national ePassports have been implemented that are not fully compliant with ICAO’s standards, in addition to how States were still not taking full advantage of the ICAO Public Key Directory (PKD) for ePassport data authentication.

“One hundred and thirty-five States currently report that they are issuing ePassports, with approximately one billion now in circulation worldwide,” she remarked. “However many States processing domestic or foreign ePassport information do not use the ICAO PKD to authenticate chip-based data. It is crucial that States see the PKD as an essential part of their border control management, and especially when ePassports are used in conjunction with automated border control gates.” 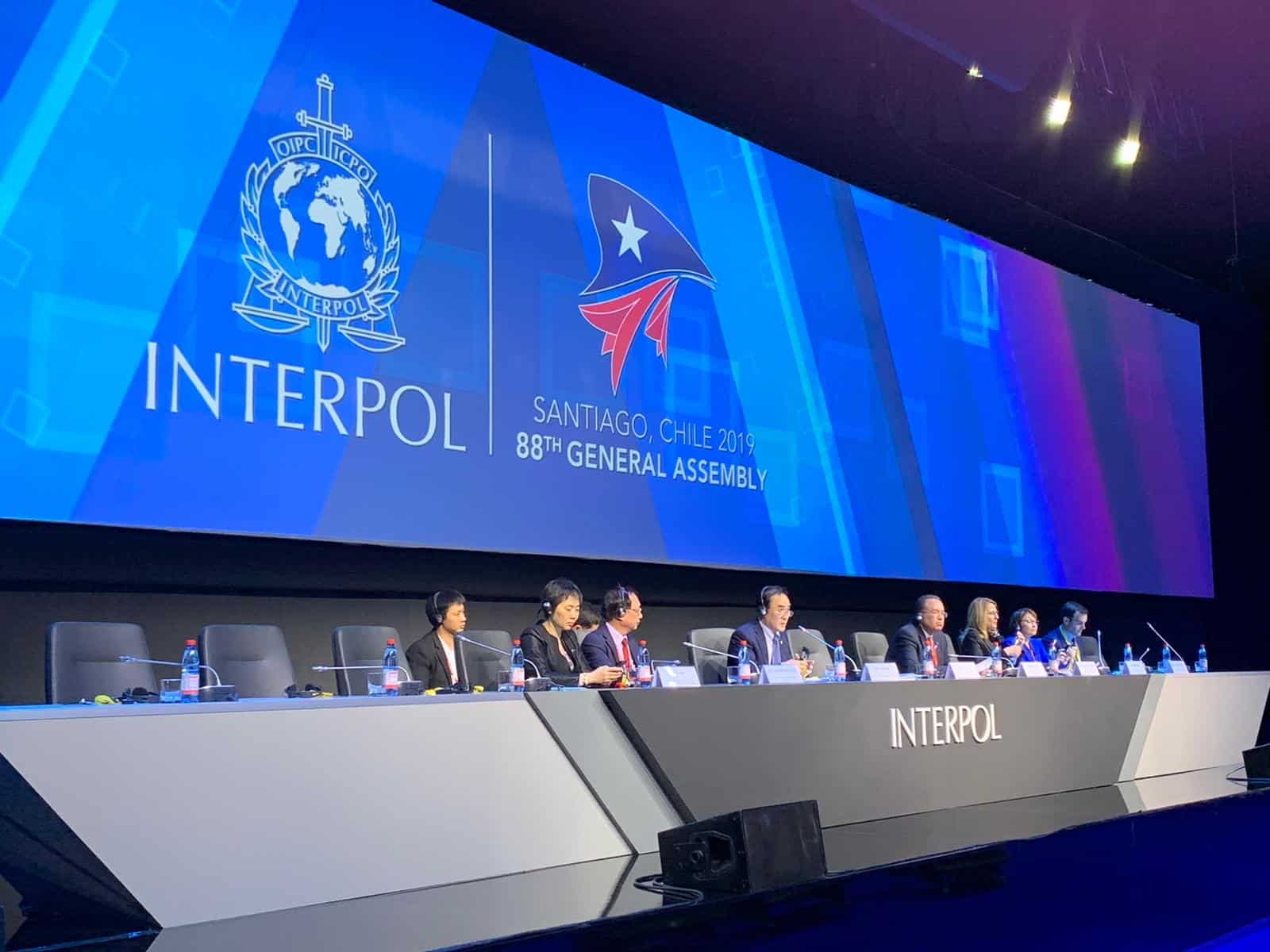 Consistent with the assistance and capacity-building that ICAO delivers globally through its No Country Left Behind (NCLB) initiative, an implementation roadmap for the ICAO Traveller Identification Programme (TRIP) has been launched to assist States with the resolution of these issues. Dr. Liu underscored the importance of the very effective international cooperation ICAO has received in support of the implementation roadmap to date, and welcomed the opportunity to enhance its partnership with INTERPOL on these challenges.

“ICAO will look forward to working with INTERPOL to optimize travel information in support of our common goals to detect, prevent, investigate, and prosecute suspected terrorists, while respecting highest-level safeguards for data protection and compliance with international human rights laws,” Dr. Liu declared.

Dr. Liu also conducted a fruitful bilateral discussion with her INTERPOL counterpart, Secretary General Jürgen Stock (pictured at the top of this article). This discussion focused on cooperation on these topics, with a particular emphasis on border management, cybersecurity, and the protection of critical infrastructure. Dr. Liu congratulated Mr. Stock on his re-election as the Secretary General on the occasion of the General Assembly, noting that the bilateral cooperation between ICAO and INTERPOL is one of the best examples of joint multilateral action for global security.