Human trafficking by air is a crime few want to talk about, but formal training of aircrews and airport personnel could help to aid prevention.

The stories are numerous, endless and sad.

On a May 2016 flight from London to Chicago, a frightened, seven-year-old Albanian girl onboard appeared to observant flight attendants to be a victim of human trafficking. When a senior flight attendant tried to learn more about her, an older man traveling with her told the flight attendant not to interfere because he had purchased the girl. She was his property. The flight attendant informed the Captain to notify law enforcement, in accordance with airline procedure. Concerned about ruining the man’s life by making a false accusation, the Captain did not notify authorities. And the man and the young girl vanished once the plane landed.

The United Nations Office on Drugs and Crime (UNODC) defines trafficking as the recruitment, transportation, transfer, harbouring or receipt of persons by means of the threat or use of force or other forms of coercion.

In plain English: human trafficking is a lucrative form of slavery in our modern era, a cancer with no apparent cure.

Law enforcement considers human trafficking a particularly sinister crime because it often strikes the most vulnerable in society, children or young girls sold into forced labour or prostitution. UNODC estimates the average age of an abducted girl is 12-14 years and 11-13 for trafficked boys. Various law enforcement agencies state that human trafficking is the world’s second most profitable crime worldwide, behind drug trafficking. As of 2014, human trafficking earned traffickers US$150 billion a year, $99 billion from commercial sexual exploitation, according to the International Labor Organization (ILO).

Despite significant interest by the United Nations, various governments and businesses, including airlines, the subject of human trafficking does not appear to be a high priority, according to experts. However, work continues among some committed government agencies, airlines, airports and related associations.

“We haven’t made very good strides in the 16 years of working on it,” said Ms Sherry Saehlenou, founder of Avion Training LLC. Ms Saehlenou became aware of the problem many years ago as a flight attendant with Pan American World Airways. [Ms Saehlenou is a member of the ICAO Cabin Safety working group and a cabin safety representative to the Next Generation of Aviation Professionals (NGAP) outreach task force.]

Airlines and other organizations can’t comprehend the idea of human trafficking, particularly of children, and are at a loss as to how to combat the horror.

Compounding human trafficking is a class-system based bigotry among some cultures. Traffickers regard victims as lesser human beings, commodities. Victims include ethnic minorities of children and women, mostly. Asia remains the largest provider of victims of human trafficking, according to the ILO. 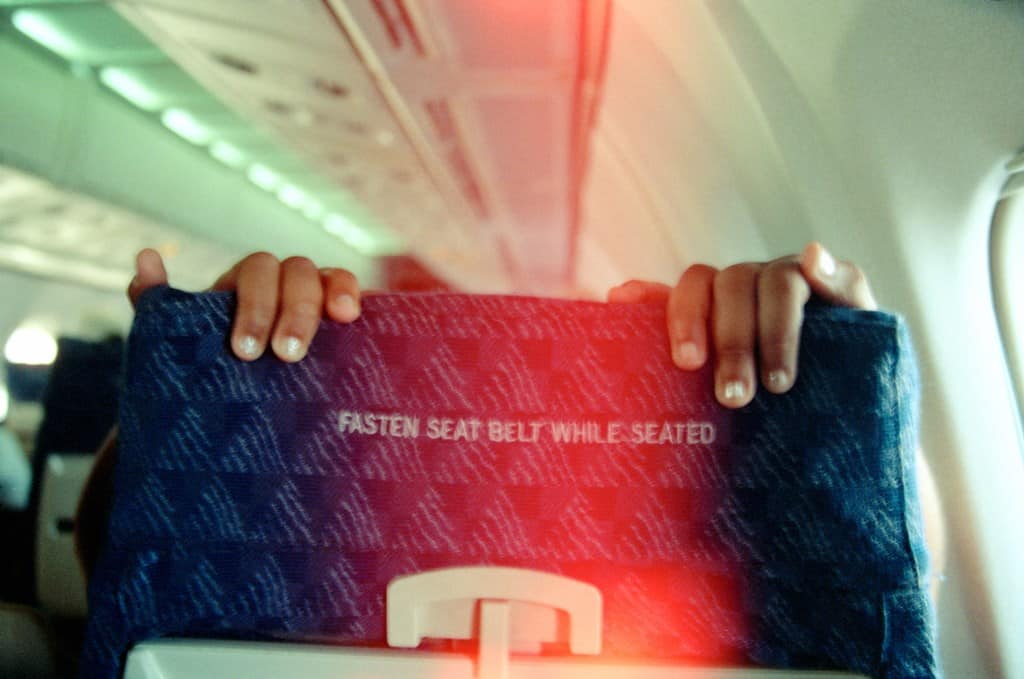 Despite the enormity of the problem, and the lack of will by some in air transportation, there are several organizations committed to fighting human trafficking, whether by air, land or sea. Innocents at Risk and Airline Ambassadors International (AAI) are two groups dedicated to reducing human trafficking. Both organizations keep the subject on the front burner and often brief government leaders, airlines and airports on the subject.

AAI has developed a training curriculum for airlines, airports and the hospitality industry that is similar to the Blue Campaign of the US Department of Homeland Security (DHS), which includes the Transportation Security Administration (TSA).

Knowing what to look for is a key aspect of the training. Signs of human trafficking include:

■ The person being trafficked is inappropriately dressed for travel.

■ A vacant or scared look about them; they are afraid to talk about themselves without looking to another person. Or they speak like they have been coached, their words rehearsed.

■ Unaware of any flight details and not in control of their travel documents. They also might not have any personal items.

Often the victim is ravenous. They might have bruises or cigarette burns or even be under the influence of drugs or alcohol. The AAI training is tailored to the travel industry, segments of the airline and airport business, hotel and tourism industries, law enforcement and ground transportation businesses. AAI claims to be the first organization to have their human trafficking curriculum adopted by the International Tourism Management Institute. Having a trained cabin crew acts is a first line of defence against traffickers.

“We realized some time ago that the training of airline personnel on human trafficking would be a turnkey solution in identifying traffickers and trafficking victims,” said AAI founder Ms Nancy Rivard. “And it would cost almost nothing because the airlines already have the infrastructure.” She added, “It is absolutely essential for airlines to train their staff on human trafficking.”

IN 2009, AAI’s mission was expanded to help protect people – children and young women mainly – from traffickers. In 2010, AAI conducted the first industry-specific training programme on human trafficking. Since then, the organization has conducted more than 40 training sessions to over 4,000 individuals in the US, Ukraine, Hungary, Latvia and Colombia. To help notify authorities, Airline Ambassadors developed a Tip Line App, which can be downloaded for free from Google or iTunes, and takes you directly to law enforcement. The app is available in numerous languages.

Determining how many are trafficked today by air is difficult. The last estimate in 2004 indicated that between 600,000 and 800,000 individuals were annually trafficked by air, said Ms Rivard, who recalled another story of human trafficking by air that had a better ending.

On an American Airlines flight from Europe to the US, backpackers asked senior flight attendant Ms Sandi Fiorini to help a teenage girl traveling alone, who didn’t speak English. Someone had handed the young girl to them to help her board a flight to Washington, DC. But when the plane landed, no one was there to meet the girl. She did have a phone number. Ms Fiorini called the number but the man answering became angry, saying the girl arrived earlier than expected. Fearing that the girl was a victim of human trafficking, Ms Fiorini called the authorities and the young girl was saved.

While this is a success story, there are thousands of victims of human trafficking that are not rescued. Flight attendants have been particularly vocal about the need for in-depth awareness training, and they support current legislation before the US Congress that would mandate training of certain employees. 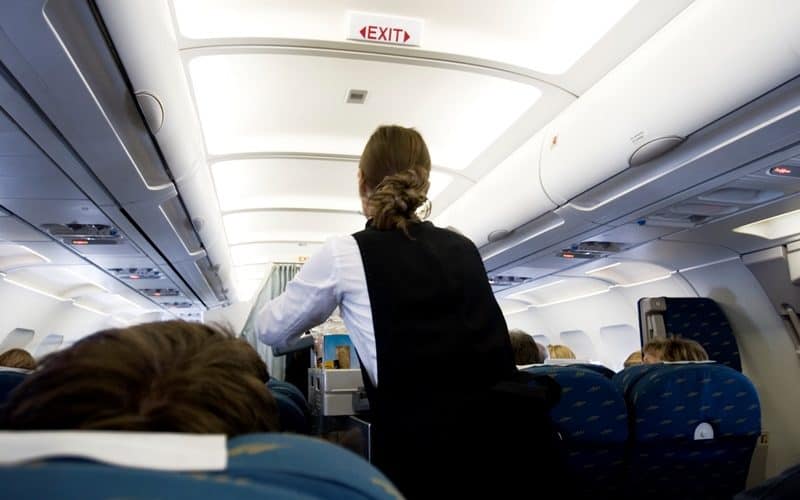 “Human trafficking training should be universal,” said Ms Debra Sutor, International Vice President for the Association of Flight Attendants (AFA). “It should not be left up to the carrier. It should be mandatory.”

Mr Stephen Schembs, AFA Government Affairs Director, agreed, saying the voluntary programmes were well-intentioned but inadequate and need to be adopted industry-wide. “We have been frustrated about getting this training into airlines voluntarily. Which is why we seek to have this corrected legislatively.”

Pilot groups have been supportive of human trafficking awareness training. “The Air Line Pilots Association International (ALPA) is a strong supporter of government and private anti-human trafficking efforts and is committed to helping maintain a safe environment for all our passengers,” said ALPA President Captain Tim Canoll.

Air France was one of the first airlines to address the problem years ago with in-flight videos and notices to employees about human trafficking. Atlanta-based Delta is actively involved in human trafficking awareness training and has adopted anti-trafficking policies. In 2011, Delta became the first US carrier to sign a Code of Conduct outlined by the End Child Prostitution, Pornography and Trafficking initiative, which includes a network of organizations working together to eliminate the commercial sexual exploitation of children. Two years later, Delta adopted the Human Rights Abuses policy, which requires all employees to report “actions that indicate a passenger or employee is engaged in human trafficking.”

Delta also implemented the DHS Blue Lightning training programme / protocol in September 2013. This is a computer-based training programme that provides airlines with tools to help identify and report instances of human trafficking. Today, more than 68,000 Delta employees have taken the training. It is part of initial and recurrent training for airport customer service, reservation sales and customer care, flight operations and in-flight service divisions, as well as for many merit employees.

Aer Lingus, a subsidiary of the International Airlines Group (IAG), the parent company of British Airways, Iberia and Vueling, is ramping up its human trafficking awareness training programmes in a two-step process. The carrier recently launched a training programme for all front-of-house staff. Aer Lingus is working with the Hope for Justice charity, a UK and Irish organization that has rescued numerous victims of trafficking. The charity provides training and guidance for various organizations and government agencies, including law enforcement in the UK and Ireland.

Part of this initiative is a train-the-trainer programme, and cabin crew and operations personnel are part of the initial training effort. Employees will get general information on human trafficking training and tips for cabin and flight crew on how to spot traffickers and their victims.

“Human trafficking is a problem for every country in Europe,” said Mr Noel Houlihan, Safety Training Officer for the In-Flight Safety and Training Department, Aer Lingus Training Academy. As a result, “we are very keen to introduce this training, which is needed to combat the growing problem,” he added.

Legislation recently passed in the UK, which affects Aer Lingus because it is part of the UK-registered IAG, mandates that all airlines provide human trafficking awareness training for all staff.

Sometimes well-intentioned employees and security personnel looking for criminal activity, including human trafficking, get it wrong and could indicate why better training could help. In December 2016, eight members of a Korean girl band were detained at Los Angeles International Airport because authorities suspected they were sex workers. When, in fact, the pop group “Oh My Girl” travelled to the US for a photo shoot. The octet was carrying numerous costumes and props, which raised the suspicion of customs officials. The girls were detained for 15 hours and released.

The number of airlines actively involved in human trafficking awareness training pales in comparison to the number of carriers worldwide that do not. In the US, there are reasons why some carriers shy away from being part of the DHS training effort.

One wrinkle to the Blue Lightning Protocol run by DHS’s Customs and Border Protection division is a requirement that participating airlines sign a Memorandum of Understanding about the training. Several airlines decline to sign the MoU because of possible legal implications and time required for training, said Ms Rivard. Consequently, widespread acceptance of Blue Lightning among US airlines remains spotty.

Nevertheless, there is mounting concern, among cabin crew particularly, that human trafficking by air will not diminish unless airline personnel are properly prepared to deal with this vile crime.

This article was adapted for the ICAO Journal with  permission of the Author and The Journal of Civil Aviation Training, Halldale Media 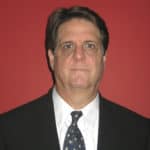 Robert W. Moorman is a freelance writer specializing in the fixed-wing and rotary-wing air transportation business. With 30 years of experience, his writing clients include several leading aviation magazines targeting civil and military markets. He can be reached at rwmassoc@verizon.net