Urban air mobility: Is this a different way of saying “aviation in cities”?

The term “urban air mobility” is increasingly used in media articles, academic papers, and industry publications, often in association with futuristic images of “flying cars” circulating seamlessly over cities, such as in the 1982 film Blade Runner. Networks of small, electric powered-lift aircraft are often presented as a solution to enable rapid and reliable urban transportation, with significant savings in commute time. These networks are expected to have significant cost advantages over traditional ground and air transportation, which usually require heavy infrastructures such as roads, rail, bridges, tunnels or airports.

The term “flying taxis” which is also used extensively can generate confusion with the term “air taxi service”, a type of on-demand air service that has been in existence for decades, and is usually performed by small capacity aircraft on short notice.

Additionally, unmanned aircraft (UA) commonly referred to as “drones” are anticipated to support the development of goods delivery business models, in particular, online sale of products, as well as inspection, monitoring and medical logistics activities. The European UA market is predicted to be worth over EUR 10 billion annually in 2035 and over EUR 15 billion annually in 2050. In the United States, the integration of unmanned aircraft system (UAS) into the national airspace system is forecast to support more than USD 13.6 billion in economic activity in the first three years of integration and the creation of over 100,000 jobs by 2025. 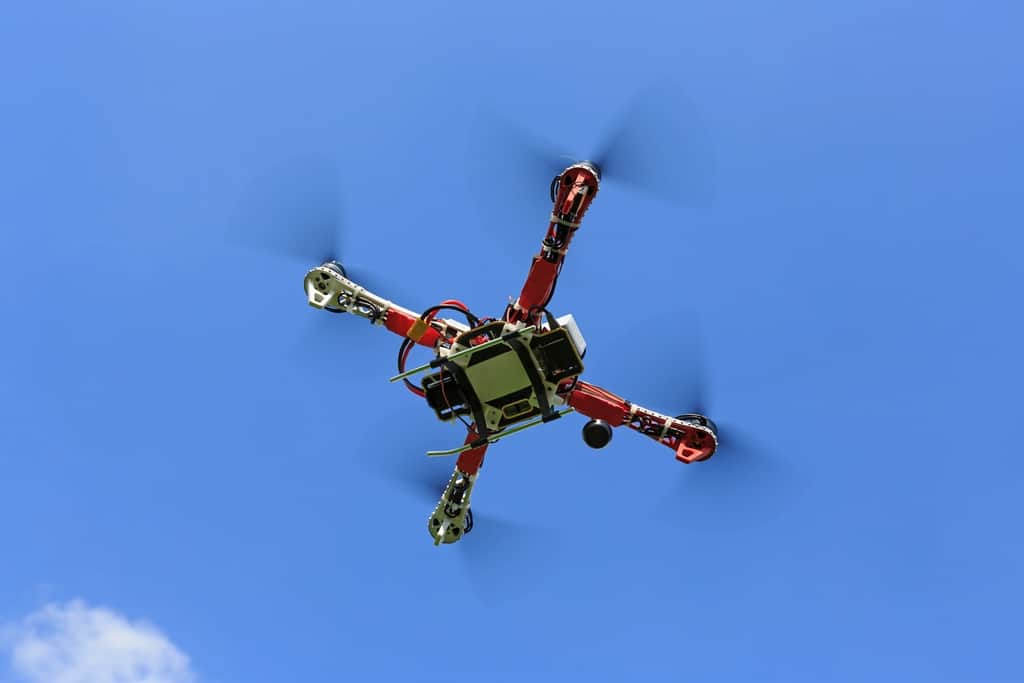 What is urban air mobility?

The U.S. National Aeronautics and Space Administration (NASA) defines urban air mobility as a “system for air passenger and cargo transportation within an urban area, inclusive of small package delivery and other urban unmanned aircraft systems services.” The European Aviation Safety Agency (EASA) has recently opened a public consultation to promote innovation and initiate the “development of the regulatory framework to enable the safe operation within cities of small vertical take-off and landing (VTOL) aircraft.” According to the industry, urban air mobility is defined as “on-demand and automated passenger and cargo air transportation services, typically without a pilot.”

Firstly, any machine that can derive support in the atmosphere from the reactions of the air, other than the reactions of the air against the earth’s surface, is an aircraft. This definition covers most, if not all, machines currently envisaged to support urban air mobility operations. Secondly, an unmanned aircraft is described as “an aircraft which is intended to be operated with no pilot on board. Again, most aircraft to be operated as so-called “flying taxis” or small delivery “drones” would fit that definition, as they are to be operated without a pilot on board. Based on these definitions, “urban air mobility” covers a range of activities conducted with aircraft, within cities or suburbs, and which constitute aviation operations.

At the global level, States collaborate through ICAO to secure the highest practicable degree of uniformity in regulations, standards, procedures and organization in relation to aircraft in all matters in which such uniformity will facilitate and improve air navigation. ICAO’s mandate also covers “other matters concerned with the safety, regularity and efficiency of air navigation as may from time to time appear appropriate.

What are the key conditions for urban air mobility?

As shown by research, safety is a fundamental condition in order for urban air mobility activities to be accepted by regulators, users and the general public. By definition, there is no pilot onboard an unmanned aircraft to “see and avoid” other traffic, to avoid potential collisions with other airspace users, obstacles, severe weather conditions, as well as other dangerous situations. As a consequence, detect and avoid (DAA) capability is one of the key enablers, among many others, for the safe integration of unmanned aircraft into non-segregated airspace.

With respect to aircraft themselves, ongoing so-called “flying taxi” projects are aimed at the development and introduction within a few years of highly automated UAS available for use as taxis by the general public. Such new types of aircraft designed to carry passengers will require a combination of certification requirements from both manned and unmanned aircraft categories, and considerable work will be required to define the adequate combination of such certification requirements. 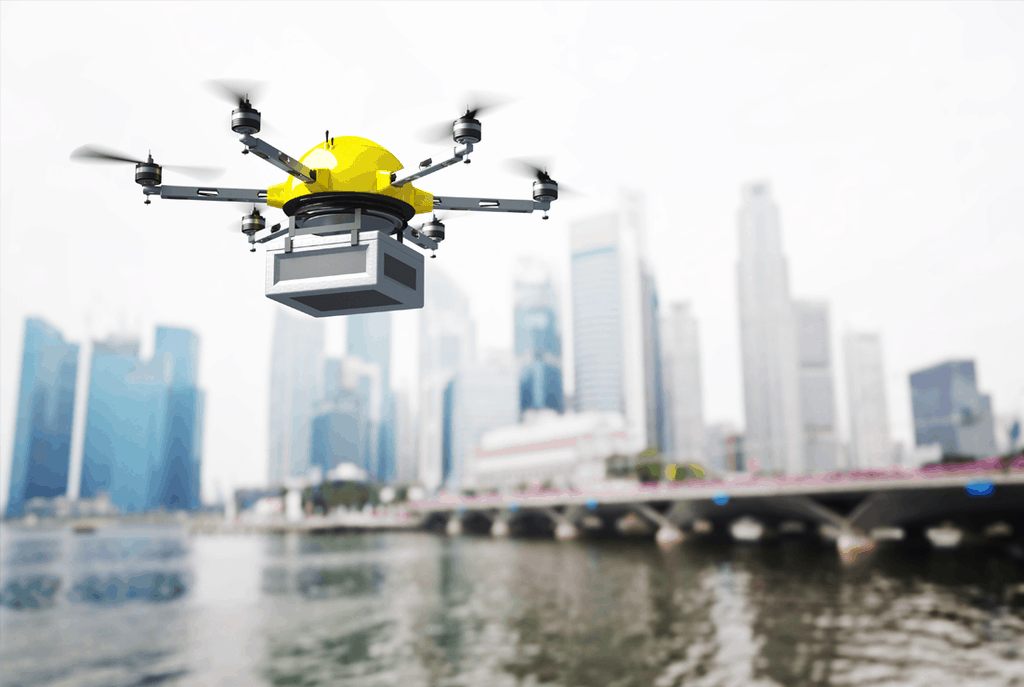 Regarding physical infrastructure, tops of parking garages, existing aerodromes and heliports, and even unused land surrounding highway interchanges could form the basis of a distributed network of dedicated operating sites. As the concept for these facilities mature, it will be necessary for decision-makers to plan for the efficient integration of such operating sites within urban ecosystems. In particular, seamless transitions from one transportation mode to another will be required to achieve transport efficiencies and meet changing passenger demands. Among several policy questions which will need to be addressed in the medium term will be the identification, allocation and recovery of costs for the development and deployment of said infrastructure.

In addition, the increasing numbers of aircraft, whether manned or unmanned, planned to operate simultaneously within urban areas will require new approaches to air traffic management. The UAS traffic management (UTM) concept can be described as a system that provides traffic management through the integration of humans, information, technology, facilities and services, supported by air and ground and/or space-based communications, navigation and surveillance. ICAO, building on the work of its UAS Advisory Group (UAS-AG), has recently published its Common Framework with Core Principles for Global Harmonization, providing States that are considering the implementation of a UTM system with a framework and core capabilities of a “typical” UTM system.

Urban air mobility activities, which indeed constitute aviation operations, undoubtedly present distinct operational challenges compared to traditional manned aviation, in particular very low altitudes and voluntary proximity to obstacles such as buildings, bridges, and other man-made structures. These operating conditions will likely be at odds with some of the most fundamental principles of aviation, in particular the rules of the air, which consist of general flight rules, visual flight rules (VFR) or instrument flight rules (IFR) and which, inter alia, impose minimum heights over cities and cruising levels, limit proximity between aircraft, and provide right-of-way rules.

In this context, considerable efforts will be necessary to ensure the development of regulatory solutions enabling the safe deployment of these new aviation activities. ICAO works with its 193 Member States and industry groups to reach consensus on Standards and Recommended Practices (SARPs) for aviation, manned and unmanned. The SARPs developed by ICAO’s Remotely Piloted Aircraft Systems Panel (RPASP) support IFR operations in controlled airspace and at controlled aerodromes. The current focus of the RPASP is on airworthiness, operations, operator certification, air traffic management, C2 Link, DAA, safety management and security. The Panel’s work will also provide a context within which simplified regulations can be developed for less demanding national operations.

During the Thirteenth Air Navigation Conference held in 2018 (AN-Conf/13) ICAO’s Member States also recommended that ICAO “continue supporting the safe and coordinated implementation of aviation activities at very low altitude, particularly in urban and suburban environments, including in the vicinity of, and into, aerodromes.

Frédéric Malaud serves as a Technical Officer in the Remotely Piloted Aircraft Systems (RPAS) Section at the International Civil Aviation Organization (ICAO), which he joined in 2009. As Secretary of the ICAO RPAS Panel, he works with the Organization’s Member States and industry groups to safely integrate RPAS and other unmanned aircraft commonly referred to as “drones” into the aviation system. Frédéric has spent over a decade as an attorney (New York and Paris bars), advising international entities on complex operational, regulatory and legal challenges. He holds a Master’s Degree in Law and a Master’s Degree in Anglo-American Legal Studies from the University of Paris. He is a licenced commercial pilot and flight instructor with several years of passenger transport experience.