The role of aviation in humanitarian assistance: ICAO and stakeholders collaborate on airport efficiency for effective disaster response

Over the past decade, disasters have exacted a heavy toll on the safety of persons, communities, and countries alike. Over 700,000 lives have been lost, and more than 1.4 million people have been injured, with nearly 23 million displaced persons as a result. These translate into a staggering $1.3 trillion or so in economic losses.

Since 2013, the United Nations System’s support for disaster risk reduction has been guided by a plan now known as the “UN Plan of Action on Disaster Risk Reduction for Resilience: Towards a Risk-informed and Integrated Approach to Sustainable Development.”

The new plan, which aligns the UN’s work in disaster risk reduction with other UN system-wide approaches on related issues, such as climate change, states that “without a radical change of course to ensure that the costs – both economic and in terms of human lives – are addressed through preventative measures, disasters will significantly set back development gains in the affected countries and hamper the prospect of achieving the Sustainable Development Goals (SDGs).”

In line with the plan’s vision, the International Civil Aviation Organisation (ICAO) and the United Nations Office for the Coordination of Humanitarian Affairs (OCHA) recently co-chaired the Second Focus Task Force (FTF) Meeting on Airport Efficiency for Effective Humanitarian Assistance and Disaster Response at the former’s Montréal Headquarters.

“In February 2017, during the Humanitarian Networks and Partnerships Week (HNPW), a group of experts met to discuss key challenges related to airports in the first hours after a disaster and to identify actionable solutions to improve efficiency,” Mr Creamer underscored. “A key recommendation from the session was to create this Focus Task Force to address the bottlenecks or inefficiencies at airports during humanitarian relief operations.”

Acknowledging that progress on disaster preparedness and relief support can only be made through partnerships and collaborative efforts involving stakeholders, Mr Creamer underscored ICAO’s commitment to supporting the sustainable development of aviation to meet humanity’s  goals as contained in the SDGs, while working closely with both governmental and non-governmental institutions to achieve this.

“I am pleased to see that this is truly a team effort; one that involves the humanitarian relief community, our partners in the United Nations System, and colleagues representing the aviation industry,” he continued. 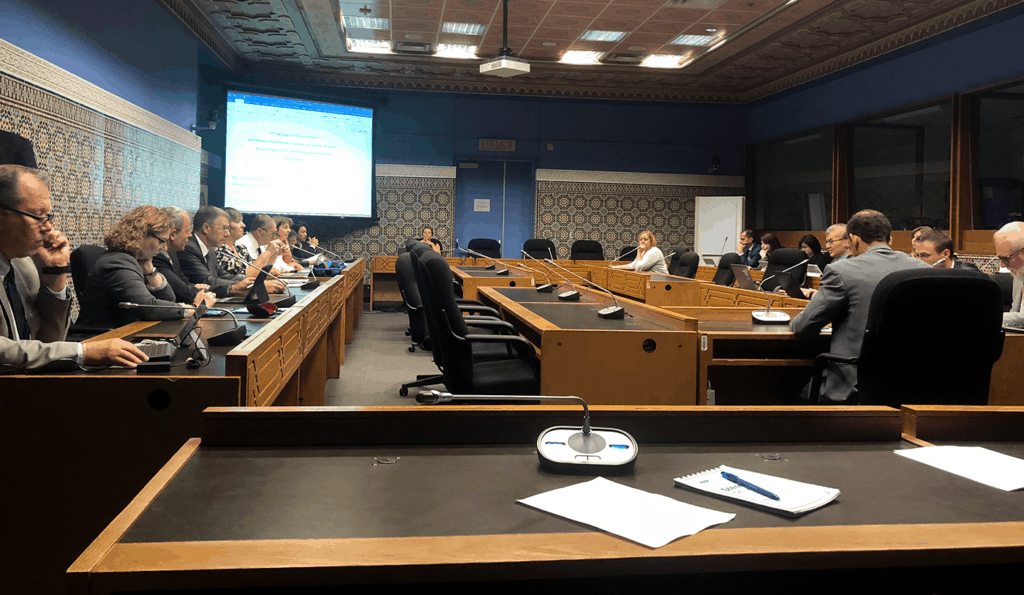 Participants of the FTF Meeting agreed to collectively address the issues which adversely affect effective coordination between the humanitarian response and aviation communities, including the expansion of aviation provisions to meet the needs of humanitarian relief, based on criticality, the creation of guidance for airports on preparedness and contingency planning, and the establishment of a cross humanitarian and aviation sector activation mechanism, following the sudden onset of disasters.

...this is truly a team effort; one that involves the humanitarian relief community, our partners in the United Nations System, and colleagues representing the aviation industry...

Recognizing the crucial role of appropriate guidance material in aviation-related disaster preparedness and planning in States and airports, the meeting encouraged the development of an ICAO Guidance Document. It advocated the use of already available material and tools to determine the gaps in the current guidance, the findings of which will be incorporated into the new document. The meeting identified an upcoming workshop under the Get Airports Ready for Disaster (GARD) programme, an airport preparedness programme launched by UNDP and DP-DHL, as one of these tools.

A key consideration at the meeting was the proposal for a Comprehensive Disaster Preparedness Support for Airport for Effective Disaster Response. As part of this, the GARD Programme was highlighted as requiring institutional and financial support for an on-going implementation of its mandate, future development of the programme, and to provide support for States to implement follow-up actions resulting from workshops it has held.

Consensus was also reached on the need to develop a more strategic approach to the development and maintenance of ICAO Contingency Plans, the success of which will require the active participation of the UN aviation agency’s Regional Offices and other stakeholders. Under the proposed arrangement, contingency plans would take into consideration natural disasters that, based upon historical data, are probable to occur. The contingency plans would prioritize the needs of nearby States and regions, and will be based on major traffic flows.

The Third FTF Meeting will take place in February 2019 during the Fifth HNPW in Geneva.