The language of the skies

There are some 100,000 commercial flights each day in the world which means that literally millions of interactions take place between pilots and air traffic controllers. These very often take place in English – a foreign language for the vast majority. So how do these foreign-language discussions take place and how efficient are they? More importantly, are there breakdowns, and if so, what are they due to? And how can we make improvements?

François Grosjean, Ph.D., is Emeritus Professor of psycholinguistics at Neuchâtel University in Switzerland. His domains of interest are the perception, comprehension and production of language, be it speech or sign language, in monolinguals and bilinguals. He also has interests in biculturalism, applied linguistics, aphasia, sign language, and natural language processing. To find answers to these crucial questions, he recently interviewed Dr. Judith Burki-Cohen, who has worked extensively on these questions in her former capacity as a senior scientist at the US Department of Transportation’s Office of the Secretary, Research and Technology. Professor Grosjean has kindly permitted that we reproduce below an excerpt of their discussion, which was originally published in Psychology Today.

FG: There are some instances where communication between pilots and air controllers break down though. Can you tell us how much is due to faulty English as compared to other reasons?

JBC: In addition to readback and hearback errors, there are many reasons why communication breakdowns happen. Faulty English is just one of them and restricted to areas with international flights or pilots. Use of non-standard phraseology may or may not be due to lack of English proficiency. There are also stuck microphones which block an entire frequency and there is frequency congestion where a pilot cannot get a word in.

Another problem is airplane callsign confusions, where a pilot may take a clearance for another airplane with a similar sounding callsign. Certainly, all these issues are not helped with lack of English proficiency as a compounding factor.

FG: How important is accent in communication breakdown since a controller and a pilot might each have a different English accent? Would you have an example of an incident due to this?

JBC: There are certainly complaints from both pilots and controllers, and incidences where accents may have played a role. A quick search of an official reporting system in the United States for “foreign accent” yields just 10 reports filed in the past ten years. However, there are many unreported incidents involving pilots flying into non-English speaking territory, pilots using airports with foreign students, pilots communicating with non-native English speaking crews, and of course air traffic controllers communicating with international flights or pilots.
article continues after advertisement. 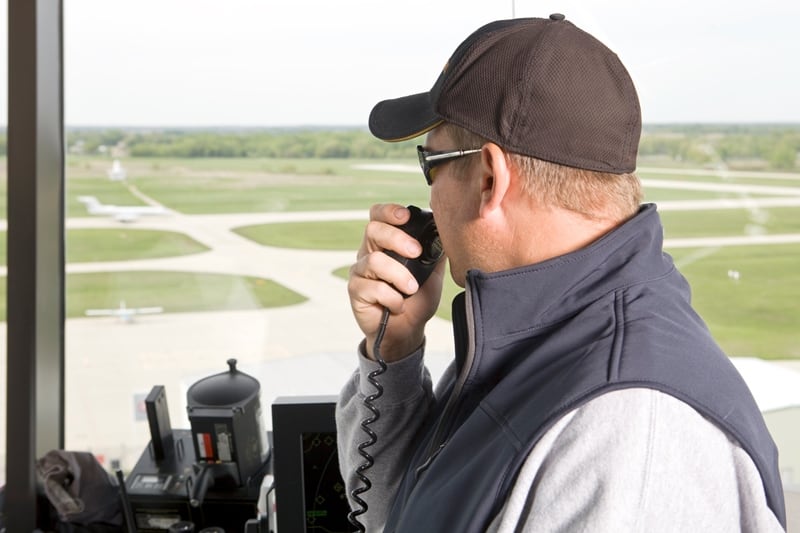 FG: Not only may pilots and air controllers have different first languages influencing their English but they might also come from different cultures. How does this affect communication?

JBC: You may be thinking of the 1990 Avianca crash near JFK airport, where 73 of the 158 passengers died. This is a perfect example of James Reason’s Swiss Cheese Model, where several “holes” in the system have to line up to result in an accident. Yes, the Avianca copilot may have been intimidated by the controller’s assertive manner, and a certain “macho” culture may have prevented him from successfully communicating the seriousness of the situation. This is all conjecture, however.

The facts are that the crew did not use the correct phraseology, which would have required them to declare a fuel emergency and request an emergency landing. Also, the crew had failed to obtain weather information before and during the flight and were unaware of the serious weather around JFK airport. Thus, they did not have enough fuel to handle the resulting delays at this notoriously busy airport. Moreover, the captain missed the first approach and had to go around for a second try. Finally, a less busy controller might have further inquired after hearing the non-standard phrase “we’re running out of fuel,” especially with an international crew.

FG: A few years ago, you gave specific recommendations for how air traffic controllers should talk to foreign pilots speaking English. What were they?

JBC: Controllers should be aware that international pilots may be less familiar with the phraseology or that regional phraseologies may differ. Controllers should be especially careful with numbers and stick to giving them in single digits instead of grouping them, that is, “eight” “three” instead of “eighty three”. Grouping occurs differently for different languages (three and eighty in German, or four times twenty and three in French). Units for weights, distances, barometric pressure etc. may also be different in different countries.

Controllers should speak “staccato,” that is, break the instruction up into its component words by inserting short pauses. Recognizing where one word ends and the next begins is notoriously difficult for listeners of a foreign language. And of course controllers should pay extra attention to complete and correct readback. Finally, keeping instructions short will facilitate correct readback and save time over trying to cram too much information into one clearance.