This article has been extracted in part from the third edition of the World Civil Aviation Report. The special 75th-anniversary edition of the publication provides States and the industry with a comprehensive perspective on the status and progress of international air transport.

In the last few years, there has been an increasing range of new aviation activities occupying very low altitude airspace, typically at and below 1 000 feet above ground level (AGL), in urban or suburban environments. Such activities include the operation of small unmanned aircraft (UA), commonly referred to as “drones”, as well as new developments such as “flying taxis”, operating along with existing airspace users such as manned helicopters, paragliders and others. UA include a broad spectrum from meteorological balloons that fly freely to highly complex aircraft piloted from remote locations by licensed aviation professionals.

Drones are expected to support the development of goods delivery business models, in particular the online sale of products such as pharmaceuticals, food, electronics and clothing, as well as inspection, monitoring and even recreational activities. The competitive advantage of drones over traditional ground transportation modes is especially strong in densely populated urban areas.

Furthermore, a network of small, electric powered-lift aircraft that take off and land vertically may enable rapid and reliable transportation between suburbs and cities and within cities. The use of such aircraft can generate significant savings in commute time and therefore positively contribute to urban mobility. From an economic perspective, urban powered-lift networks are expected to have significant cost advantages over traditional ground and air transportation which usually require heavy infrastructures such as roads, rail, bridges, tunnels or airports.

With these new technologies, tops of parking garages, existing airports and heliports, and even unused land surrounding highway interchanges could form the basis of an extensive, distributed network of dedicated operational sites. The lower cost and increased flexibility provided by these innovative approaches may substantiate strong business cases for cities and countries around the world.

1 – Aircraft certification
Ongoing “flying taxi” projects are aimed at developing and introducing, within five years, highly automated unmanned aircraft systems (UAS) available for use as taxis by the general public. These new types of passenger-carrying aircraft will call for a blend of certification requirements from both manned and unmanned aircraft categories. While airworthiness certification Standards and Recommended Practices (SARPs) are under development for remotely piloted aircraft (RPA), they do not allow for people being on board at this time. Advances are being made in this field, including flight demonstrations, in the United Arab Emirates, the United States and the European Union.

2 – Air traffic management
The increasing numbers of aircraft, whether manned or unmanned, operating simultaneously within metropolitan areas will require new approaches to air traffic management (ATM). The unmanned aircraft system (UAS) traffic management (UTM) concept can be defined as a system that provides traffic management through the integration of humans, information, technology, facilities and services, supported by air and ground and/or space-based communications, navigation and surveillance.

A key aspect of UTM is precisely the need for it to serve in areas with high-density aircraft operations, including package delivery. However, airspace from ground level to upwards of 1,000 feet AGL is already the operational environment of low flying helicopters and other manned aircraft that will also need to be identified by the UTM system. At this early stage, it would be premature to define the dimensions of the UTM, including its lower and upper limits. The primary means of communication and coordination between the air navigation services providers (ANSPs), operators and other stakeholders may be through a distributed network of highly automated systems via application programming interfaces (API), rather than the traditional voice/data exchange between pilots and air traffic controllers.

3 – Infrastructure development
Identifying the infrastructure requirements, followed by development and implementation, will require the proactive cooperation of States and stakeholders with the involvement of local authorities as necessary, possibly through public-private partnerships (PPPs). 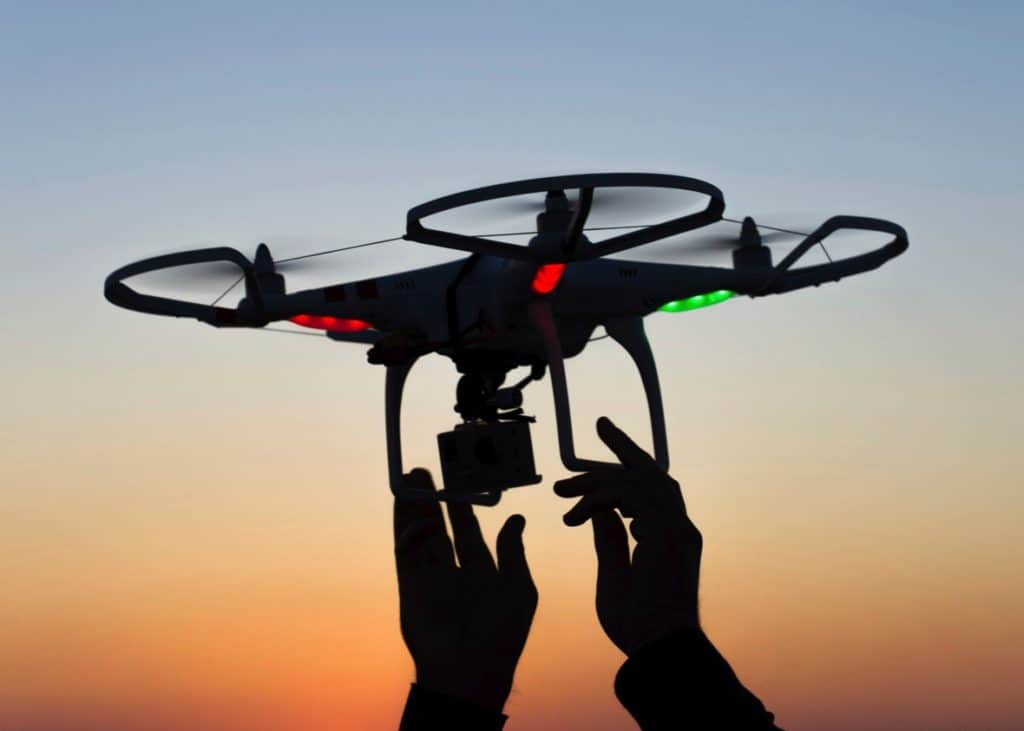 Given the rapid development of aviation technology planned to operate in low-level airspace, the ICAO Assembly at its 39th Session (2016) expressed broad support for ICAO to take a leadership role in the development of Standards and guidance material for the proper harmonization of regulations on UAS that remain outside of the international instrument flight rules (IFR) framework. In order to facilitate this expansion of ICAO’s work programme, an innovative and flexible approach was considered necessary, taking into account ongoing developments at national, regional and international levels.

Currently, UTM technology is advancing rapidly in a number of States and regions. For example, in Europe, the high-level conference on UAS (Helsinki, November 2017), called for “strengthened international regulatory cooperation with ICAO, the Joint Authorities for Rulemaking on Unmanned Systems (JARUS) and Non-EU States” and invited “European authorities to come forward, as a matter of urgency, with indications of future regulatory plans which […] reflect the probable roles and responsibilities of the actors involved in drone operations and U space provision…”.

U-Space, in Europe, is a set of new services and specific procedures (e.g., registration, electronic identification, geofencing, flight approval, and tracking) designed to support safe, efficient and secure access to airspace for large numbers of UA. Ongoing work on UTM also includes the work of the National Aeronautic and Space Administration (NASA) in the United States, as well as other projects in China, Japan, the Russian Federation and Singapore.

ICAO, building on the work of its UAS Advisory Group (UAS-AG), has recently published its Common Framework with Core Principles for Global Harmonization, providing States that are considering the implementation of a UTM system with a framework and core capabilities of a typical” UTM system. To further support State and industry efforts towards harmonizing the regulatory framework for UAS, ICAO offers an online toolkit2 that includes guidance material to support regulators in developing and implementing UAS national regulations, best practices and examples from States that have regulations in place. The UTM framework will be added to the UAS toolkit as it is developed by ICAO.

ICAO will continue supporting States and industry stakeholders to allow more complex low-altitude operations, particularly in urban and suburban environments, including in the vicinity of and into aerodromes. It will also endeavour to develop solutions to enable States to authorize operations of non-certificated UAS over the high seas. In these contexts, it will have to maintain close contact with industry innovators, identify ways to balance local and international interests, and improve communications with enforcement authorities. Security risks will also have to be addressed, and the approval of special authorizations that can be recognized by multiple States should be accelerated.

Since its activities to support UTM development are essential to ensure compatibility and interoperability with existing ATM systems and associated regulations, ICAO will continue to serve as the global facilitator and forum for States, industry, academia and other interested stakeholders to collaborate on developing the UTM system. In addition, it will continue to conduct awareness and educational activities among users, and facilitate the exchange of information among States regarding their UAS regulations.

The development and deployment of the global aircraft registry network (ARN) is expected to facilitate connectivity between national aircraft registries. The ARN will apply to manned aircraft, as well as RPA and other UA. As a global network, it will support ICAO in the areas of operational safety and universal safety oversight while helping States in day-to-day operations and enabling them to fulfill their obligations under Article 21 of the Chicago Convention. Finally, States should support the development of UTM systems by ensuring the identification and availability of sufficient and adequate infrastructure, including giving consideration to and implementing financing arrangements such as PPPs.