Accidents and incidents between aircraft and wildlife, and more specifically with birds, have been documented since the dawn of aviation. While piloting his aeroplane on 7 September 1905, Orville Wright had what is believed to be the first collision between an aircraft and a bird, now known as a bird strike. Less than seven years later, on 3 April 1912, in Long Beach, California, Calbraith Perry Rodgers, the first man to make a transcontinental flight across the United States, became the first person to die as the result of a bird strike.

The attention of the international community was drawn to the need for developing detailed airworthiness requirements to enable aircraft to withstand bird strikes in the early 1960s, following two fatal accidents to civil transport aircraft. One of the accidents involved a Lockheed Electra L188 which crashed at Boston Logan International Airport immediately after take-off on 4 October 1960, as a result of engine ingestion of a flock of starlings into three of the aircraft’s four engines, causing the aircraft to lose power, stall and crash into the harbour. Sixty-two of the seventy-two passengers and crew members on board perished, in what is believed to be the most deadly bird strike accident to date.

The second accident involved a Vickers Viscount which crashed near Baltimore on 26 November 1962, as a result of failure of the stabilizer when struck by flock of whistling swans (Cygnus columbianus) over the State of Maryland, while flying at 6 000 feet. All crew members and passengers on board were killed; the accident raised questions about the design criteria for horizontal stabilizers.

The threat posed by birds on aerodromes was also a subject of concern and, in the early months of 1961, the ICAO Air navigation Commission agreed that studies regarding the reduction of bird hazards on aerodromes should be disseminated. The impact of birds on aerodromes received fairly consistent attention and was discussed in two global meetings at that time: the Seventh Session of the Aerodromes, Air Routes and Ground Aids Division (1962) and the Fifth Air Navigation Conference (1967).

In September 1969, Amendment 23 to Annex 14 – Aerodromes to the Chicago convention, recommended that the competent authorities take action to decrease the number of birds representing a hazard to aeroplanes, on or in the vicinity of aerodromes. Guidance materials were also made available to provide effective measures for establishing whether or not birds, on or near an aerodrome, constitute a hazard to aircraft operations, with methods for discouraging their presence.

This requirement was general in nature and contained no provisions for the management of bird attractants in the communities surrounding aerodromes. The provisions found in Annex 14, evolved from this initial recommendation, with the introduction in 1990 of three recommendations which indicated that authorities should assess the bird hazard on, or in the vicinity of, an aerodrome; taking necessary action to decrease the number of birds by adopting measures for discouraging their presence; and preventing the establishment of any site which would attract birds. The recommendations on bird control on, or in the vicinity of, an aerodrome have further been upgraded to Standards with amendments introduced in 2003. 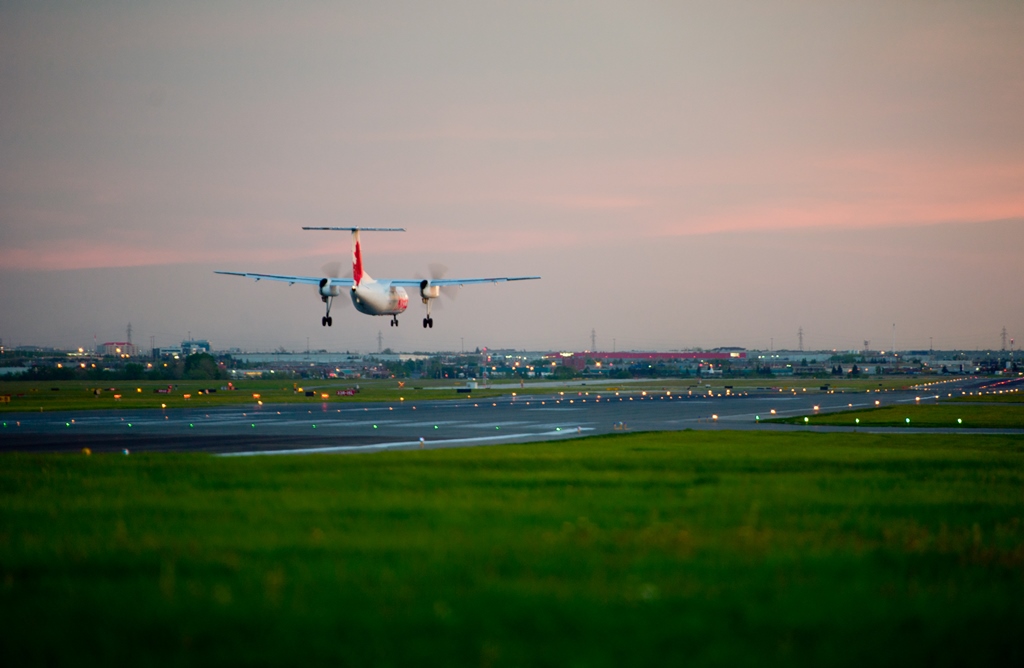 Although the majority of wildlife strikes involve birds, those involving other animals can have severe consequences. In 2009, ICAO extended its provisions to all wildlife (birds and other animals) and included a recommendation for land developments in the vicinity of the aerodrome that may attract wildlife.

To share a common understanding, ICAO started collecting bird strike data as early as 1965 and introduced a reporting system named IBIS (ICAO Bird Strike Information System). ICAO requested Member  States to report all bird strikes to aircrafts, with the introduction of a Bird Strike Reporting Form in November 1979. This reporting system has evolved and now includes reporting for all wildlife strikes.

This system allows ICAO to conduct thorough analysis of the wildlife strikes reported and to make the information available to the aviation community. Currently, it is believed that wildlife (bird and other animals) strikes are an increasing safety and economic concern, and have resulted in hundreds of fatalities other the years, with an annual loss of over one billion USD to the aviation industry. The statistics issued from the analyses of wildlife strike reports for the years 2008 to 2015, based on 97 751 reports, received from ninety-one States (Electronic bulletin EB 2017/25 refers), show that 96% of wildlife strikes occurred on or near airports, among which 39% occurred during the take-off run or climb phases and 57% occurred during the decent, approach or landing roll phases.

This analysis was made available and discussed among the aviation community during the ICAO/ACI Wildlife Strike Hazard Reduction Symposium which was held in Montreal, from 16 to 18, May 2017 (presentations can be accessed here). The symposium successfully increased international awareness on the wildlife strike threat to aircraft operational safety and brought together the international community to exchange ideas, experiences and cooperative efforts. It also provided the opportunity for national civil aviation authorities, aerodrome operators and other stakeholders to formulate effective strategies in preventing and mitigating the risk of wildlife strikes to aircraft.

However, technologies and science are evolving and the future trend in wildlife strike hazard control is expected to combine the traditional methods of habitat management and wildlife control with new surveillance technologies (e.g. avian radar) providing real or near-real-time information on birds and helping with habitat management, etc.. 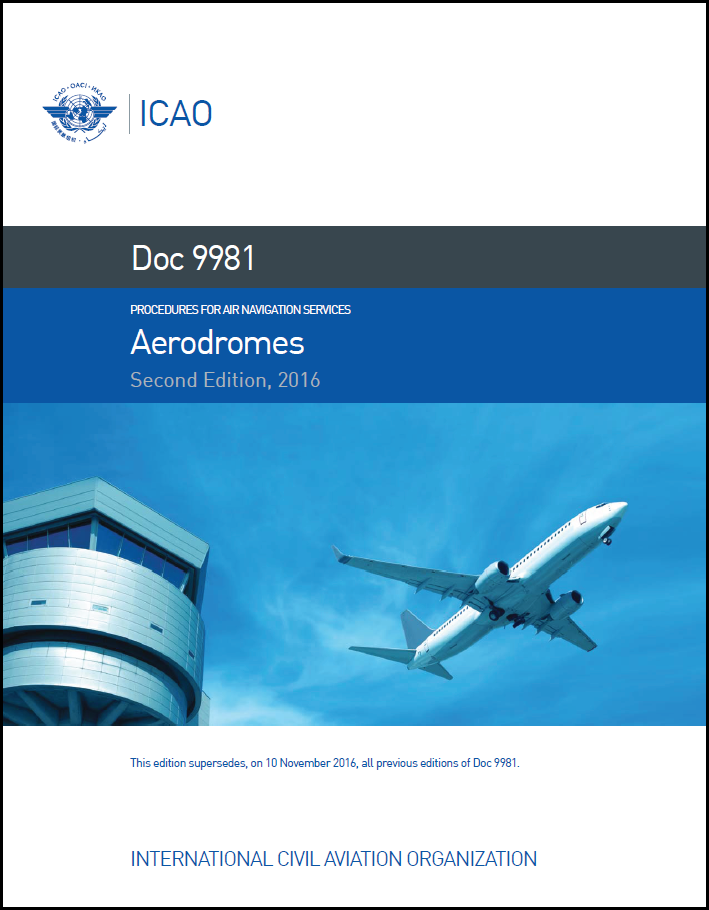 In this regards, ICAO is currently revising the Procedures for Air Navigation Services (PANS) — Aerodromes (Doc 9981) document, initially developed to complement the standards and recommended practices contained in Annex 14, Volume 1 with the objective of developing procedures for the management of aerodrome operational issues, which is expected to be applicable in November 2020. The revision will include a chapter on wildlife hazard management, with provisions and procedures relating to the reduction of the risk to aviation safety arising from wildlife, through the proactive management and control of hazardous wildlife at aerodromes and their vicinities. The procedures will detail particular provisions for the establishment of a wildlife hazard management programme (WHMP) at aerodromes, defined as a method for aerodrome operators to adopt reasonable wildlife risk control measures, in order to prevent wildlife from colliding with aircraft.

The WHMP, as described in the future provisions, will need to be established and tailored to the local environment and commensurate with the wildlife safety risk assessment. It will include procedures and measures for reducing the wildlife strike risk at the aerodrome to an acceptable level. The foundation of an aerodrome’s WHMP is habitat and land use management, to limit the attractiveness of sites on, or in the vicinity of, the aerodrome for hazardous wildlife solely. This strategy includes the management of specific attractants that include the presence of specific vegetation or water bodies, the use of some dedicated agriculture practices and the limitation of food storage sites. However, management activities should be carefully assessed locally as the decrease of the risk of strikes with some species may increase the risk of strikes with others. The use of wildlife control measures tailored to the locally encountered hazardous wildlife species and adapted to their behaviours are then used to disperse them from high-risk areas, using, but not limited to, wildlife patrol, acoustics measures, visual repellents, use of drones and trained predator. 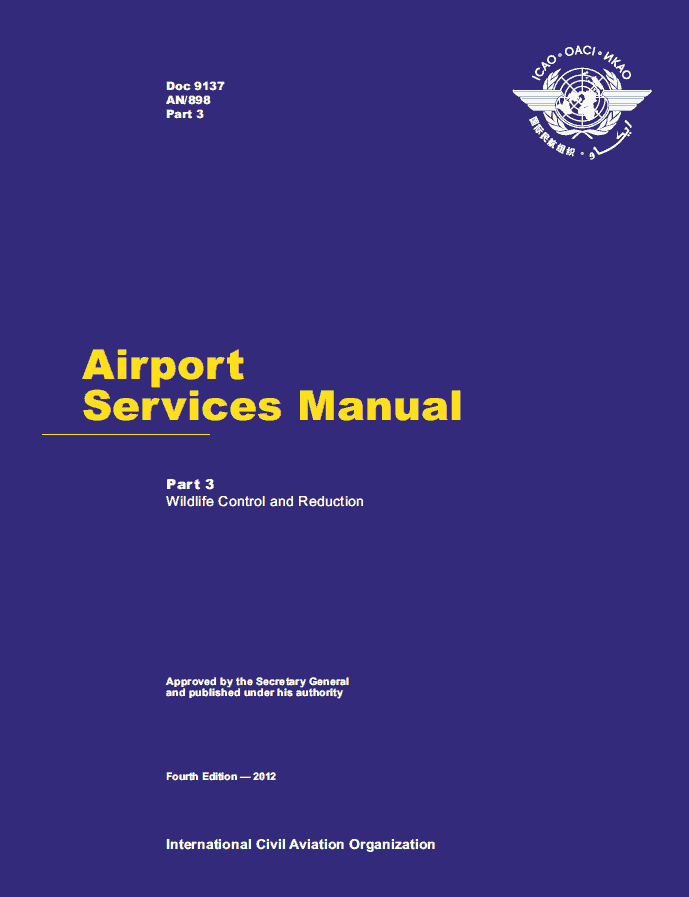 The compliance with national regulations or practices, such as environmental and animal protection regulations, will also be emphasized to ensure that the local WHMP is not conflicting with the objectives of preservation of biodiversity and reduction of the environmental impact of air transportation. In this domain, multiple, recent, global initiatives have also highlighted the important role aviation plays in ensuring environmental protection, which can be taken into account during the development of a WHMP.

Further guidance is also being developed and will be available in the next edition of the Airport Services Manual (Doc 9137), Part 3 — Wildlife Control and Reduction (4th edition, 2012) to be consistent with the aforementioned chapter developed for Doc 9981. This new guidance will highlight the importance of developing an WHMP programme specific to each aerodrome, taking into account advancement in technology.

Alexis Clinet joined the ICAO Air Navigation Bureau as a technical officer on a two years secondment from the Direction générale de l’Aviation civile (DGAC), FRANCE. He has been involved in the working group of the ICAO Aerodrome Design and Operations Panel (ADOP).