An innovative new category of aircraft is steadily emerging with the promise of offering lower-cost telecommunications to underserved parts of the world as well as surveillance and monitoring capabilities for commercial and government applications. These new aircraft would operate well above the typical 30- to 40,000- foot level of commercial air carriers and business aircraft – Flight Level 600 (FL600), or 60,000 feet and above – the area known as the “stratosphere,” the second layer of the earth’s atmosphere.

“Essentially any payload that can fit within the capacity can be put inside it” (PHASA), according to Martin Topping, delivery director at BAE Systems.” That could be 5G and 6G communications, border surveillance, agriculture and forestry, famine relief – it’s infinite. The vehicle is the carrier – the transit van.” BAE Systems concept.

These aircraft are also intended to remain airborne for long periods of time, perhaps up to a year. So their designs are somewhat unconventional and very lightweight. Some, such as the Airbus Zephyr, feature long wingspans and are solar-powered, much like the Solar Impulse II aircraft which circumnavigated the globe. Other High-Altitude Long-Endurance (HALE) aircraft being floated are simple balloons but guided by sophisticated electronics: foremost is from Google’s sister company, Loon.

And though these HALE aircraft will operate above traditional airways, at a minimum they must traverse those airways when they ascend and descend, and therefore must be factored into the global air navigation scheme.

“The biggest challenge we face is that consistent ‘rules of the road’ do not yet exist in a uniform manner around the world,” David Hansell in an interview for the ICAO Journal. Hansell is the former head of Global Aviation Policy for Facebook, which is partnered on some projects with Airbus; he is now involved with public policy for drone manufacturer DJI. Hansell also chairs the Upper Airspace Working Group (UAWG), an industry organization within the Aerospace Industries Association (AIA), as well as its international partner, I-UAWG.

The UAWG is comprised of a diverse group of experts from across the aerospace industry, dealing with the challenges and opportunities of high-altitude airspace. Among the companies involved are Alta Devices, Boeing, GE Aviation, General Atomics, Google, Grumman, Harris Corporation, Lockheed Martin, Northrop Grumman, and Rockwell Collins.

The working group is developing positions on policies and strategies concerning national and international regulation, legislation, and standards unique to high-altitude unmanned and manned aircraft, spacecraft and other users. For the ICAO Air Navigation Conference in October, the UAWG helped the Secretariat produce a working paper (AN-Conf/13-WP/16) on “Operations Above Flight Level 600.”

Requirements for airworthiness certification, equipage, detect-and-avoid and pilot licensure “will challenge regulators to develop standards on new and rapidly evolving technologies which, more than likely, they’ve never encountered before,” said Hansell. Previously, such altitudes were reserved for supersonic jets such as the Concorde and the U2 and SR71 American spy planes.

Hansell noted that “ICAO States have been overwhelmingly supportive of this field for some time.” At the Second Global Air Navigation Industry Symposium (GANIS/2), in December 2017 in Montréal, the aviation community was briefed on the current state of higher airspace operations. At the First Safety and Air Navigation Implementation Symposium (SANIS/1), also December 2017 at ICAO Headquarters, the regulatory and air navigation services provider (ANSP) community that had experience with these types of operations provided information on how such operations were enabled. And the 39th Session of the ICAO Assembly in 2016 had noted that some higher airspace operations initiatives directly supported the United Nations Sustainable Development Goals (SDGs) 9 and 17.

As the industry moves toward expanding flight trials in 2019 and broader deployments in subsequent years, Hansell said, “We believe it is important for ICAO to develop near-term guidance material which will help States adopt a consistent general approach to accommodating international higher airspace operations. We want to be involved in the conversations and provide States with the data they need to make smart decisions in ensuring aviation safety.” 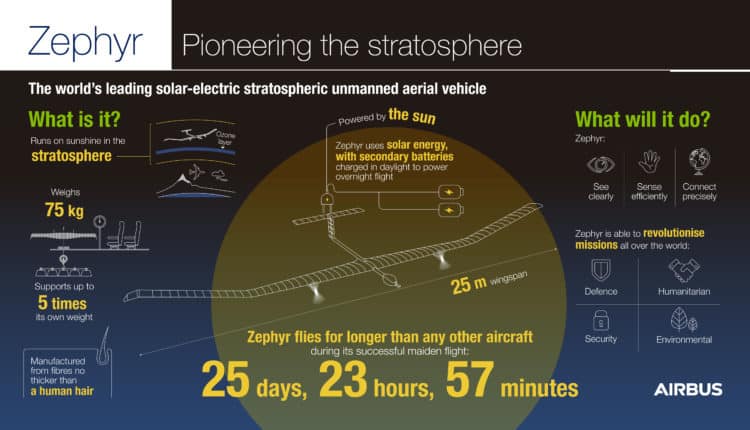 What are some of the potential benefits of these highly automated, high-flying aircraft? Internet connectivity to unserved or underserved populations around the world. Overhead imagery for environmental monitoring and disaster management (such as wildfires and oil spills). Border and maritime surveillance. Reinforcement of the satellite-based Global Positioning System (GPS), aiding worldwide navigation.

In 2017, in the aftermath of Hurricane Maria, Puerto Rico went dark; an estimated 40 percent of mobile telecoms service was out for an entire month. “The routine eventually became get up in the morning, then try to check the news to see how much service has returned to normal,” said Juan Ramirez Lugo, president of the Caribbean division of the American Association for the Advancement of Science (AAAS).

Then came the Loon balloons to the rescue. In partnership with AT&T and T-Mobile, Loon was able to provide basic email and text messaging coverage to nearly the entire geography of the island of Puerto Rico, connecting more than 250,000 unique users.

How did Loon do it? They launched a cluster of helium-filled, polyethylene balloons, about 15 by 12 metres when inflated, which are produced by Raven Aerostar. The balloons carry about 10 kilograms of electronics, including radio antennaes and batteries to store solar power for night operations. There’s also a parachute which allows for a controlled descent and landing.

Think of the Loon balloons as floating cellular towers. They float 60,000 feet above the earth, and provide service to LTE (Long Term Evolution), i.e. 4G wireless mobile phones. Each balloon can provide internet coverage over 2,000 square miles and stay aloft for months.

The tricky part is keeping the balloons over the area where internet connectivity is needed, as the balloons have no navigation equipment nor propulsion to change direction. Rather, the Project Loon team is taking advantage of the air currents in the stratosphere which move in different directions at different altitudes. If a balloon is drifting away from the coverage area, software can trigger a fan which forces air into the balloon, causing it to drop into an air current going the other way. Or remove air, in which case the now-lighter balloon ascends to a more favorable airway.

They are also equipped with automatic dependent surveillance-broadcast (ADS-B) and use the callsign “HBAL” for identification by other aircraft.

Loon has collected millions of kilometres of wind data, and applies machine-learning techniques to predict wind directions at various altitudes. In 2016, a Loon balloon remained aloft for nearly 100 days, making nearly 20,000 adjustments to hover above the country. A year later, this data was used to provide telecoms service when Chimbote, Peru was ravaged by floods.

Loon’s first commercial project, to launch this year, aims to provide internet connectivity to parts of rural Kenya in partnership with the Telekom LTE network. 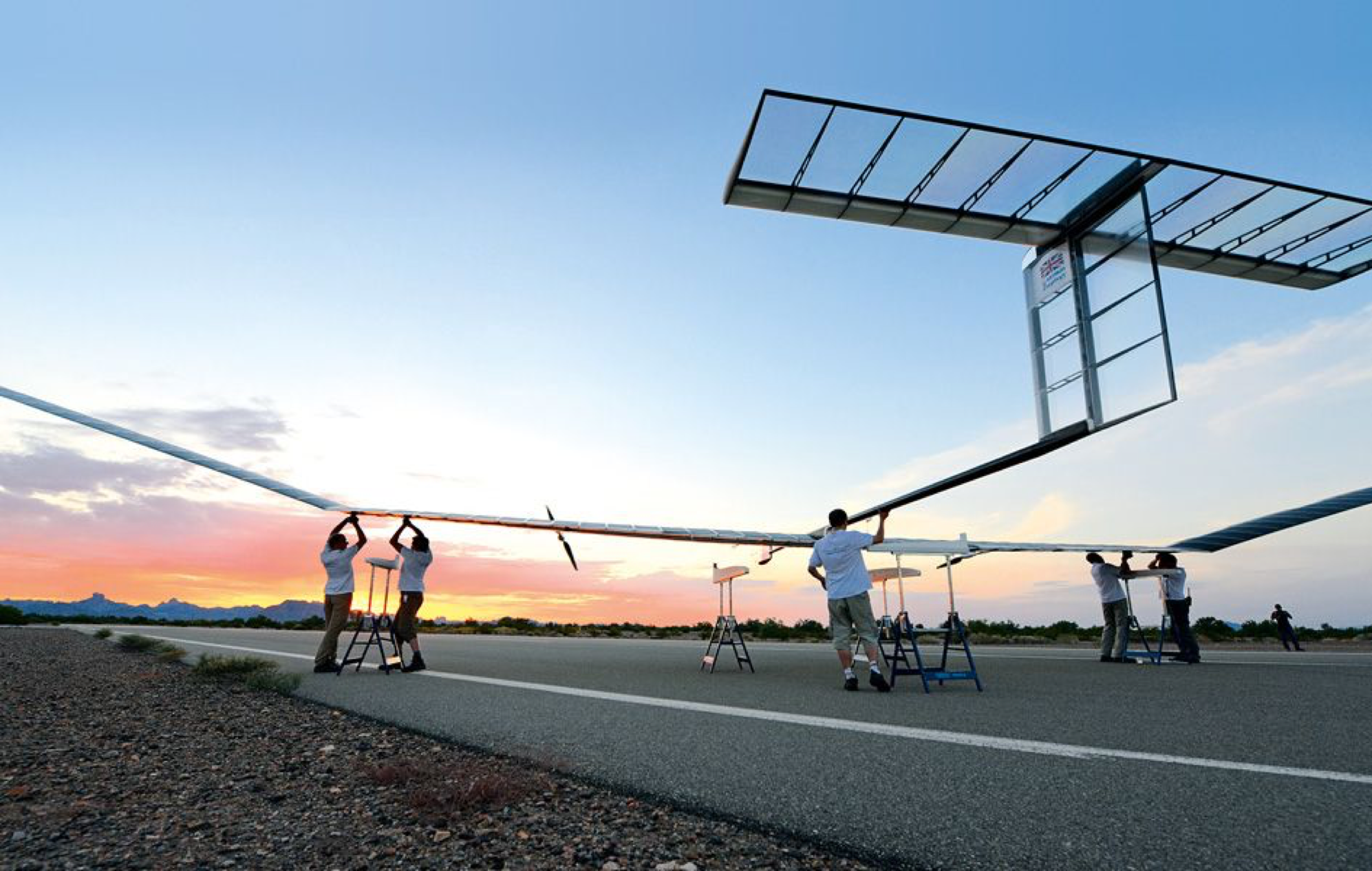 How far can you throw a drone? The Airbus Zephyr, weighing less than 75 kilograms (165 pounds), can be launched from the shoulders of three or four stout individuals. No runway is required. Airbus image.

Airbus calls the Zephyr-S a high-altitude pseudo-satellite (HAPS), “with the capabilities of a satellite and the flexibility of a UAV,” according to Jana Rosenmann, senior vice president of unmanned aerial systems at Airbus. This summer, on its maiden voyage, the Zephyr-S established a new world record for the longest continuous flight in earth’s atmosphere – 25 days, 23 hours, 7 minutes at 70,000 feet.

At the Farnborough International Airshow, a collaboration of BAE Systems and RPAS specialists Prismatic, announced that its planned PHASA-35 solar-powered, high- altitude aircraft is expected to be able to stay airborne for an entire year. First deliveries are anticipated for  2020-21.

US company AeroVironment has formed a joint venture with Japanese telecon operator SoftBank to develop solar-powered HAPS aircraft for commercial operations. In 2001, the AeroVironment Helios prototype reached an altitude of 96,863 feet, setting the world- record for sustained horizontal flight by a winged aircraft.

Such aircraft are ideally suited for “local persistence,” the ability to stay focused on a specific area of interest (which can be hundreds of miles wide) while providing satellite-like communications and earth-observation services over long periods of time without interruption. And at lower cost than satellites.

The Airbus Zephyr-S has a wingspan of 25 metres (82 feet) and weighs under 75 kilograms (165 pounds). Zephyrs are powered by the sun during the day, which also recharges its lithium-sulphur batteries to power it by night. Current payload capabilities include high-definition optical/infrared video, aeronautical information service (AIS), narrowband mobile communications, and 100 megabits per second broadcast.

The future Zephyr-T will have a 32-metre wingspan, weigh 140 kg, and add radar, LIDAR (Light Detection and Ranging), electronic support measures (ESM), electronic intelligence (ELINT), and broadband comms. In the future, Zephyr-S flights will operate from the Wyndham airfield in Western Australia.