‏One of the most vital roles in support of international civil aviation is the provision of Aeronautical Information Services (AIS), the objective of which is to ensure uniformity and consistency in the flow of aeronautical information/data to satisfy the need of safety, regularity and efficiency for the operational use of international air navigation. 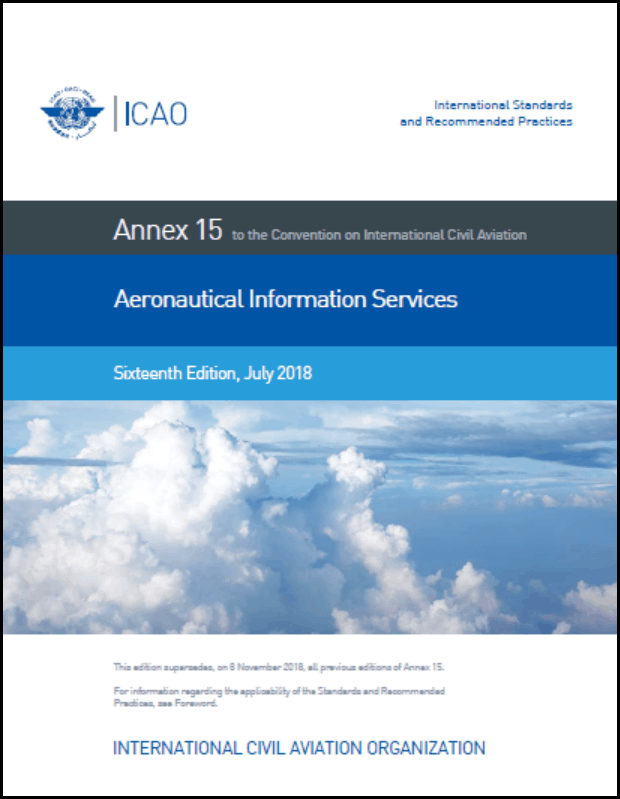 There was no provision as such for aeronautical services in the twelve original Annexes to the Convention. But, there was a high degree of similarity in the procedures recommended by the four Regional Air Navigation meetings, which took place between February and October 1946, for notifying airmen and other interested parties of changes in air navigation facilities, services, procedures or regulations. As a result, the first requirements for aeronautical services were developed by the PICAO Air Navigation Committee and the first Procedures for International Notices to Airmen Services (Procedures for Air Navigation Services: PANS-NOTAM) were approved by the PICAO Council on 7 January 1947. Member States in the North Atlantic, European-Mediterranean, Caribbean and Middle East regions, where air navigation meetings were held, were asked to bring them into effect as soon as feasible and start the development and implementation of the international exchange of NOTAMs. The NOTAM Procedures were also circulated to Member States in other regions for comments, with a view to world-wide adoption.

The NOTAM or NoTAM (abbreviation for NOTICE to AIRMEN) system was originally developed to meet the same function of the Notice to Mariner, which advises mariners of important matters affecting navigational safety. In the same way, a NOTAM is a notice distributed by means of telecommunication containing information concerning the establishment, condition or change in any aeronautical facility, service, procedure or hazard, the timely knowledge of which is essential to personnel concerned with flight operations. Later, additional types of notices were introduced: SNOWTAM (effective from 8 February 1968; NOTAM issued to notify presence or removal of hazardous conditions due to snow, ice, slush or standing water associated with snow, slush and ice on movement area, by means of specific format) and ASHTAM (introduced in the 1980s, NOTAM issued to notify activity of a volcano, volcanic eruption or volcanic ash cloud that is of significant importance to aircraft operations).

A Special NOTAM Meeting was held in Montreal from 14 April to 12 May 1949; it was the first meeting convened by ICAO for the express purpose of standardizing the activities of States in the dissemination of aeronautical information. The principal results of the meeting were the development of a draft set of “Procedures for Air Navigation Services – Aeronautical Information Services” (PANS-AIS, to replace the existing  “Procedures for Air Navigation Services – Procedures for International Notices to Airmen Services”), the enunciation of principles to govern the promulgation and dissemination of NOTAMS over the international aeronautical telecommunication service, and the formulation of recommendations for the future handling of aeronautical information problems. These Procedures became applicable on 1 August 1951.

In parallel, principles concerning the establishment of the worldwide aeronautical fixed telecommunications network (AFTN, renamed by mid-1990s to the general term : Aeronautical Fixed Service, AFS) were developed by the ICAO COM (Communications) Division for the exchange of messages and/or digital data between aeronautical stations having the same or compatible communications characteristics. Of particular interest is the concept of the AFTN as a network of circuits so integrated as to permit efficient and non-discriminatory exchange of messages of defined categories between any stations in the network.

From 19 August to 11 September 1952, the PANS-AIS were reviewed by the First Session of the Aeronautical Information Services Division which recommended the adoption of Standards and Recommended Practices. Following consideration by all Contracting States, these recommendations were reviewed by the Air Navigation Commission and the first set of Standards and Recommended Practices was adopted by the Council, as mentioned above, on 15 May 1953 as Annex 15-Aeronautical Information Services to the Convention. This Annex became applicable on 1 April 1954, thus superseding the PANS-AIS.

Since then, Annex 15 has undergone many amendments to meet the rapid changes brought about by air travel and associated information technology and to reflect the increased need for the timely provision of quality aeronautical information/data and terrain data as they have become critical components of data-dependent onboard navigation systems. Aeronautical information is handled differently depending on its urgency, operational significance, scope, volume and the length of time it will remain valid and relevant to users.

The “World AIS Day” is celebrated by AIS/AIM Community around the world on "15th of May every year". The Standards and Recommended Practices for "Aeronautical Information Services" were first adopted by the Council on 15 May 1953. @icao @icaonacc @ICAOMID#IFAIMA #ICAO #MAIMA pic.twitter.com/5ioR9UG8CK