When it’s bird versus airplane, both lose. The energy released when a 3 kg (6.6 lb) bird is hit by an aircraft traveling 150 mph equals the energy released by dropping a 47 lb object from 100 feet. The results can be devastating.

Just ask Mr Jeff Skiles, First Officer of USAirways Flight 1549, the famed “Miracle on the Hudson” in which Mr Skiles’ captain, Chesley “Sully” Sullenberger, landed their Airbus A320-214 in the middle of the Hudson River after birds struck both CFM56-5B4/P turbofan engines shortly following takeoff from LaGuardia Airport in New York City. Mr Skiles was a keynote speaker at the inaugural ACI-ICAO Wildlife Strike Hazard Reduction Symposium that was held at ICAO Headquarters in May 2017. 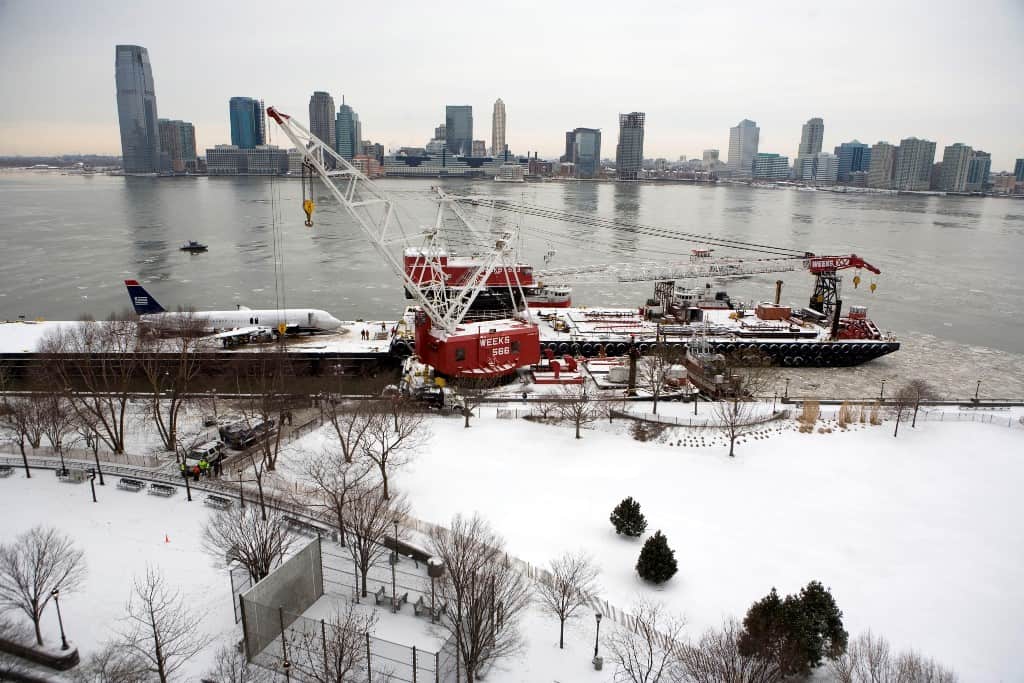 Mr Skiles’ speech put Symposium participants in a virtual jump-seat as he described how he saw a flock of birds, languidly flapping their wings, already too close to avoid. A split-second later, the birds impacted the plane. Mr Skiles compared the feeling to flying through a hailstorm. Before he could begin to assess the damage, both engines failed. The flight was at minimum speed and he said he felt the aircraft sag in the air. Sully immediately took control, calling out “my aircraft,” while they ran through the checklist to assess and troubleshoot.

Ms Angela Gittens, Director-General of Airports Council International (ACI), told delegates, “Wildlife strikes affect airports, small and large, in all regions of the world. It is both a risk to aviation safety and a financial burden. We are committed to working with ICAO, regulators, and the rest of the industry to reduce hazards from wildlife strikes – a critical element in improving aviation safety.”

Mr Rob van Eekeren, President of the World Birdstrike Association, warned that in the next 20 years, not only will air traffic increase, so will the increased risk of bird strikes as the avian population increases, alters migration patterns, becomes more dependent on human food sources, and settles near urban areas… and airports. If policies are not changed, Mr van Eekeren predicted, “The risk to passengers will increase considerably.” 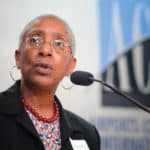 “Wildlife strikes affect airports, small and large, in all regions of the world. It is both a risk to aviation safety and a financial burden.”

About one-third of bird strikes against aircraft are from perching and shore birds. Fewer than 10 percent are hawks, eagles, and vultures, and only 2 percent ducks, geese, and swans. Three percent are mammals – deer, moose, bears, wolves.

The vast majority of reported strikes are in North America and Europe; nearly 70,000 of the approximately 100,000 reported by 91 States. “Of the wildlife strikes for which the damage was coded (33,376 strikes), 17 aircraft were destroyed, 600 strikes caused substantial damage to the aircraft, and 1,874 strikes caused minor damage,” Mr Wang noted. Wildlife strikes represent 3.6 percent of all aviation accidents.

“Wildlife strikes can cause accidents and serious incidents, costing the aviation industry billions in losses due to aircraft damage, flight delays and other operational impacts,” commented Mr Stephen Creamer, Director of the ANB. “All aviation stakeholders need to work together to formulate a global strategy to address these hazards.”

Mr Creamer advocated long-term efforts to tackle the challenge of wildlife strikes globally, including strengthening regulatory requirements. “States need to have appropriate legislation and regulation to address the safety concerns, including those related to land use around an aerodrome,” he said.

Wildlife strike hazards should be assessed through a national procedure for recording and reporting wildlife strikes to aircraft, the collection of information on the presence of wildlife constituting a potential hazard, and an ongoing evaluation of the hazard by competent personnel, Mr Creamer explained.

Multiple speakers described various low- and high-tech approaches to mitigating the risk from birds and other wildlife. Dr Travis Devault, Project Leader for the US Department of Agriculture National Wildlife Research Center, Sandusky, Ohio, encouraged research into habitat use and foraging strategies of hazardous wildlife, which could be used to develop non-lethal methods and tools to reduce wildlife food, water, and cover aractants. He suggested using geographic information systems (GIS) to explore the effects of landscape structures, analyzing andscape paerns and interactions which influence the occurrence of bird strikes.

Some airports are using satellite tracking of hazardous birds. Others are identifying alternative land covers on or near airports, such as non-herbaceous ground covers or solar arrays, as well as development of aircraft lighting techniques and acoustic devices which use sound to disperse wildlife.

Ms Melissa Hoffmann, Senior Wildlife Officer for Airports Company South Africa, described how her team uses dogs to scare birds away from strike danger zones. The dogs are trained as puppies and taught not to wander too close to runways. Breeds include Springer Spaniels, which help to flush birds out of dense tall grass areas and can even sniff out nests and eggs. 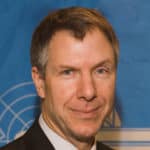 “All aviation stakeholders need to work together to formulate a global strategy to address these hazards.”

Mr Steve Osmek, Manager, Airport Biologist for Seale-Tacoma (Washington) Airport, addressed avian radar: “It’s easier to predict where wildlife strikes will happen, versus how they will happen. That’s where the avian radar and FOD sensors come into play. The radar can help identify wildlife hot spots, allowing aircraft to slow down or take appropriate measures before a strike occurs.”

Dr Edwin Herricks, Professor Emeritus at the University of Illinois Center of Excellence for Airport Technology, declared, “At this point in time, technology will not stop wildlife / aircraft collisions – it is not a silver bullet.” He added, “There is an unfortunate mismatch between expectations of what the technology will do and what the technology can actually do (particularly at low cost).”

Dr Herricks explained, “No single sensor type or design is available to meet local to regional scale requirements for wildlife management, but multiple sensors can be integrated, even fused, to provide a comprehensive picture of wildlife activity. Integration / fusion of multiple sensors is the future.”

He noted that unmanned aerial system (UAS) technologies can benefit wildlife management, whether by flying cameras or harassing wildlife. “We can expect significant improvement in bird radars because birds and drones present similar detection problems.” 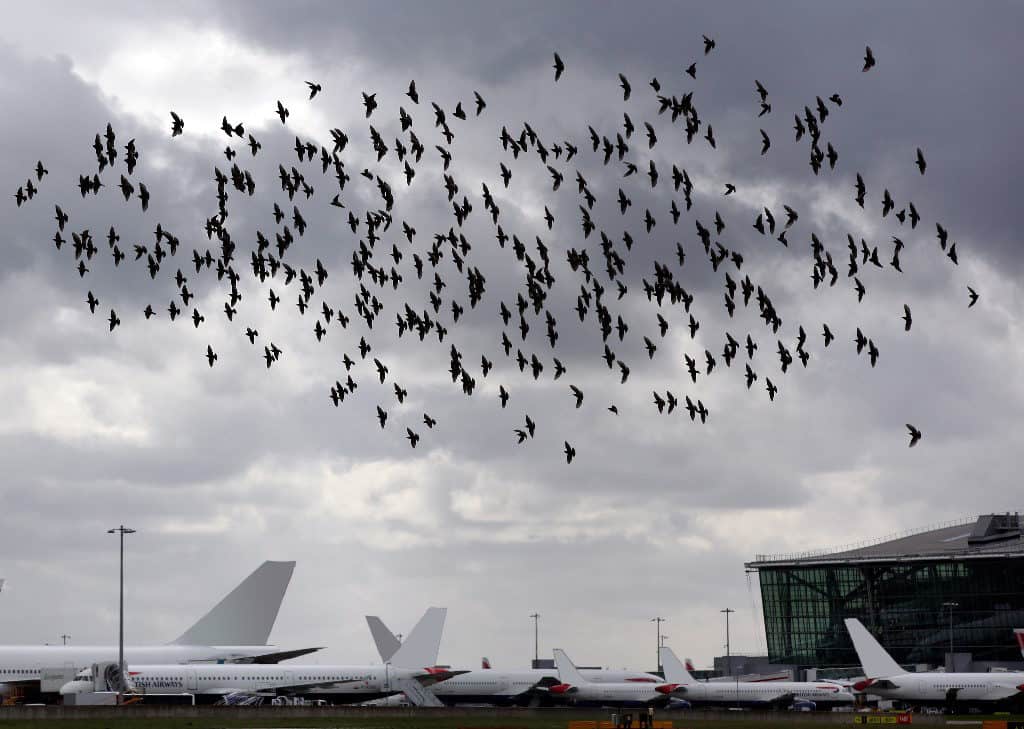 ONE AIRPORT AT A TIME

Mr Gilberto Lopez-Meyer, Senior Vice President, Safety and Flight Operations, at the International Air Transport Association (IATA), described one success story at Pulkovo Airport, Saint Petersburg, Russia. In 2011, the airport experienced a high number of bird strikes. A Wildlife Coordinating Commiee was established with representatives from the airport, airlines, ANSPs, and IATA; they commissioned a study which highlighted a local garbage dump nearby. “A package of safety measures was implemented,” said Mr Lopez-Meyer, “including working with the local garbage dump, training of personnel, and the introduction of falcons to keep the other birds away.”

Within three years, the number of bird strikes was significantly reduced and the safety level was recognized as acceptable.

“There is no one-size-fits-all solution,” cautioned Mr Creamer. “Wildlife around the world varies significantly, and the wildlife control programme at each airport will be different.” He said it is essential to apply Safety Management System (SMS) thinking. “Control measures must be weighed and evaluated against requirements, and should lead to the production of a Wildlife Hazard Management Plan for the airport, including training of personnel to manage an effective wildlife control programme.”