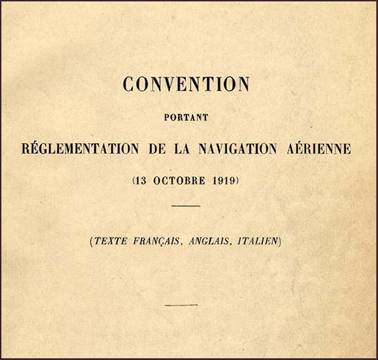 At the time when the Chicago Convention was adopted, commercial aircraft were predominantly purchased directly by their operators who then retained ownership of such aircraft for use during most or all of their useful lives. Changes to aircraft nationality were not common since an aircraft tended to reside within one State for most or all of its useful life. However, over the past three decades, aircraft operators have realized substantial capital and operational efficiencies by leasing (rather than owning) a portion of their fleets for various periods of time. According to a Market Research Future (MRFR) analysis, in recent years leasing activities have increased from 2% in 1980 to more than 50% in 2016.  Based on various studies, the aircraft leasing market will continue to grow. 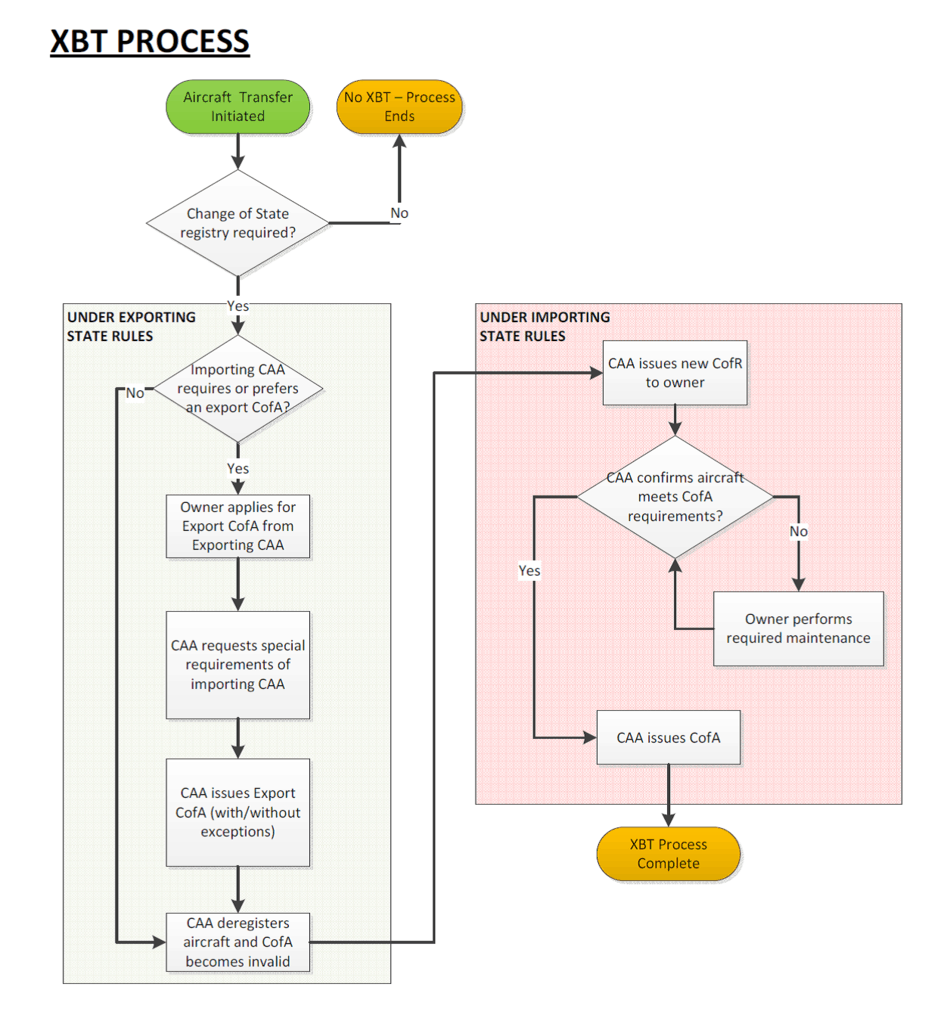 The XBT process inherently involves two States: the current State of Registry (the exporting State) and the intended future State of registry (the importing State).  This diagram represents a simple process of cross-border transfer of aircraft from one State to another. An aircraft is simply de-registered in one State and registered in another. The simple process does not require moving an aircraft, obtaining a special flight permit or involving other special arrangements. However, in most cases, cross-border transfers of aircraft are not simple because of significant differences in States’ requirements and associated processes. For example, if an aircraft needs to be moved for maintenance from one State to another, the process adds many other additional steps and may involve other States.  Another example is when an aircraft with a valid Certificate of Airworthiness[2] issued by one State is entering on the register of another State; the new State of Registry does not automatically issue a Certificate of Airworthiness. The aircraft needs to comply with the requirements of the new State of Registry, which may be different from those of the previous State of Registry.

The increase in cross-border transfers of aircraft, State-to-State variations in regulations, requirements and practices not only adds to the complexity of the process but in some cases, it may cause duplications and inefficiencies for all aviation participants, increasing the likelihood of errors and raises associated costs. As the number of cross-border transfers continues to rise, improvements in the process are necessary to maintain or improve the existing safety level by ensuring that resources are not diverted from other safety-related activities of the State.

In 2017, ICAO launched the cross-border transferability initiative with the aim of improving, standardizing and enhancing the efficiency of the cross-border transfers of aircraft and at the same time, ensuring that aviation keeps and improves its remarkable safety record. With the support of subject matter experts from Member States, international organization and industry, ICAO is currently undertaking a structured review of relevant ICAO Annexes, guidance material, various processes and practices established by States in order to identify issues diminishing the effectiveness and efficiency of XBT.  Based on the outcomes of the review, mitigation strategies will be developed to address the identified issues.

Tatiana Pak is a Technical Officer in the Operational Safety Section of the Air Navigation Bureau. She is currently responsible for the work related to Annex 7 – Aircraft Nationality and Registration Marks, cross-border transferability of aircraft and protection of safety information. Prior to joining ICAO, Tatiana worked for the International Air Transport Association (IATA) and the Government of Kyrgyzstan. Tatiana holds a degree in law and a PhD in political science.

[2] A Certificate of Airworthiness is issued by a State on the basis of satisfactory evidence that the aircraft complies with the design aspects of the appropriate airworthiness requirements.