Some 2,000 Ministers and high-ranking government officials from 167 States gathered in person and virtually at ICAO Headquarters for the launch of ICAO’s 41st Assembly, the first since the COVID-19 outbreak. They were joined by hundreds more participants, observers, and media attending the first-time hybrid Assembly, which took place from 27 September through to October 7th with a key focus on the themes of aviation innovation and resilience, underpinning the continued sustainability of the air transport sector.

ICAO’s Council President Salvatore Sciacchitano opened the ten-day event, joined on the occasion by the Mayor of ICAO’s host city of Montréal, Madame Valerie Plante, the Deputy Minister of International Relations and La Francophonie of the Province of Québec, Madame Sylvie Barcelo, and the Minister of Foreign Affairs for the Government of Canada, the Honourable Mélanie Joly. 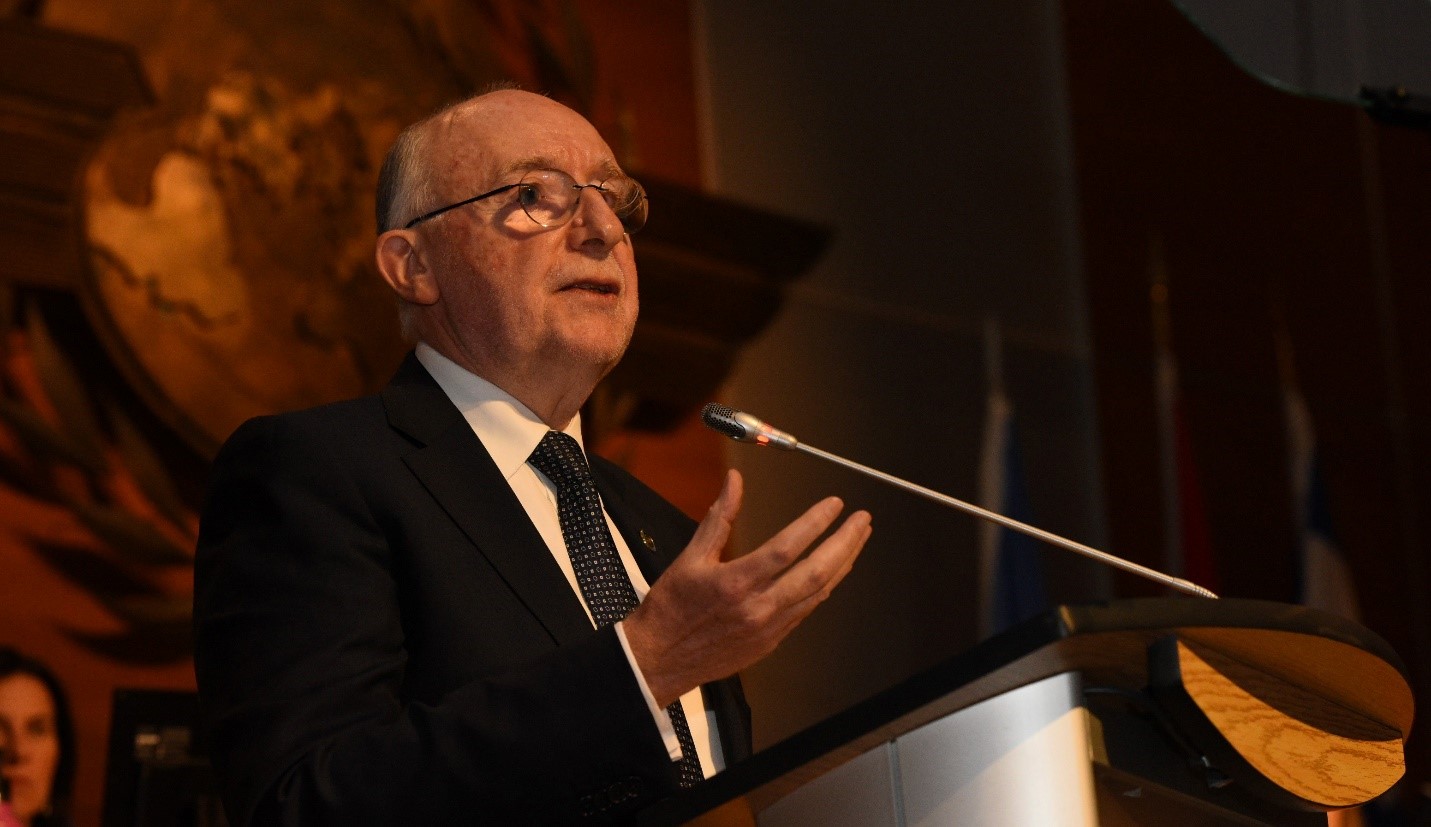 In his opening remarks to the convened world air transport leaders, including States, NGOs, regional organizations, and global industry air transport associations, President Sciacchitano highlighted how ICAO has played a fundamental role in support of “the safe, secure and sustainable development of international air transport,” and stressed how aviation serves as a fundamental enabler of “the social, economic, and cultural development of countries through mobility and connectivity.”

ICAO Secretary General Juan Carlos Salazar also addressed the Heads of Delegations present, stressing that the past three years have had a “critical impact” on the aviation sector, and that the event would need to focus on priorities areas including “the recovery and sustainability of air transport, agreements on CO2 emission reduction goals, and ICAO’s implementation support policy and Transformational Objective to better serve its Member States.”

ICAO Assemblies take place once every three years, and the main priorities this year were largely driven by two recent ICAO-organized ministerial conferences. The most recent was held in July to drive consensus on the need for a new global long-term goal for international air transport decarbonization. The earlier conference forged agreement on the post-COV1ID-19 priorities which countries are pursuing through ICAO for improved air transport system recovery and resilience.

On the topic of aviation carbon emissions elimination, President Sciacchitano emphasized to the gathered States that “mere aspirations are no longer sufficient where our climate, and the well-being of our planet and all its species are concerned,” urging them to come together over the next ten days on a new Net-Zero target.

On the topic of the post-pandemic recovery, he stressed that States and ICAO “cannot become complacent about the risk of future pandemics just because this latest one is now waning,” noting that this insight must inform the many decisions States will be presented with concerning the resilience of air transport in the coming decades.

Innovation is seen as key to how international flight will achieve both of these objectives, and accordingly, States decided on wide-ranging priorities at the 41st Assembly concerning how passenger experience digitalization, new aircraft and propulsion technologies, developments in sustainable aviation fuels, and many other ongoing advances will be able to contribute to the improved environmental and operational sustainability of aviation in the coming decades.

President Sciacchitano acknowledged the importance of aviation getting more efficient at incorporating cutting-edge solutions, noting that “As international standards setters, we play a key role in assessing and enabling new technologies, and in strategizing global collaboration and targets to realize evolutionary changes in civil aviation.”

As with all ICAO Assemblies, the 193 signatory States to the Chicago Convention worked together at the 41st Session to agree on a new three-year work programme and budget for ICAO, as well as to elect the 36 countries who will serve on the Organization’s Governing Council for the 2023-2025 period.

In a notable turn during a period when aviation gender equality is still a prominent goal among government and industry stakeholders, Delegates to the 41st Assembly elected the first ever female President, the Director General of Civil Aviation of South Africa, Ms. Poppy Khoza.

Ms. Khoza managed and facilitated the event’s diplomacy and efficient decision-making on the key topics presently before States, as well as their review and adoption of the new editions of ICAO’s Global Plans for Aviation Safety and Air Navigation Capacity and Efficiency, the evolution of the ICAO safety and security oversight audit programmes, and the enhancement of ICAO implementation support provided to States.

President Sciacchitano concluded his remarks by emphasizing that the entire world has a vested interest in the results States would achieve together at ICAO’s 41st Assembly, including the potential to achieve environmentally and economically sustainable international civil aviation.

He stressed in this context that “when challenges confront humanity on a truly global scale, as they most certainly do today, there is an expectation for aviation to be at the leading edge of our collective global response.”