As part of its efforts to engage with industry and stakeholders, ICAO’s Air Navigation Commission (ANC) has been organizing ANC Talks. During the session that took place virtually on Monday, May 4th, the discussions focused on the effects COVID-19 has had on aviation training, with a spotlight on competency-based training and assessments (CBTA).

With the new virtual format a number of distinguished experts in the field of aviation training, from all parts of the world, were able to contribute to the conversation and share their views with the ANC. These contributors included: Dr. Suzanne Kearns from the University of Waterloo, Paula V. de Almeida from the Joint Aviation Authorities Training Organization (JAA TO) in the Netherlands, Dr. Michael Lim and Jason Wong from the Singapore Aviation Academy (SAA), Greg Hindson from the Ecole Nationale de l´Aviation Civile (ENAC) in France, Robert Donald from the Canadian Council for Aviation Aerospace and Dr. George Mugambi from the East African School of Aviation (EASA). 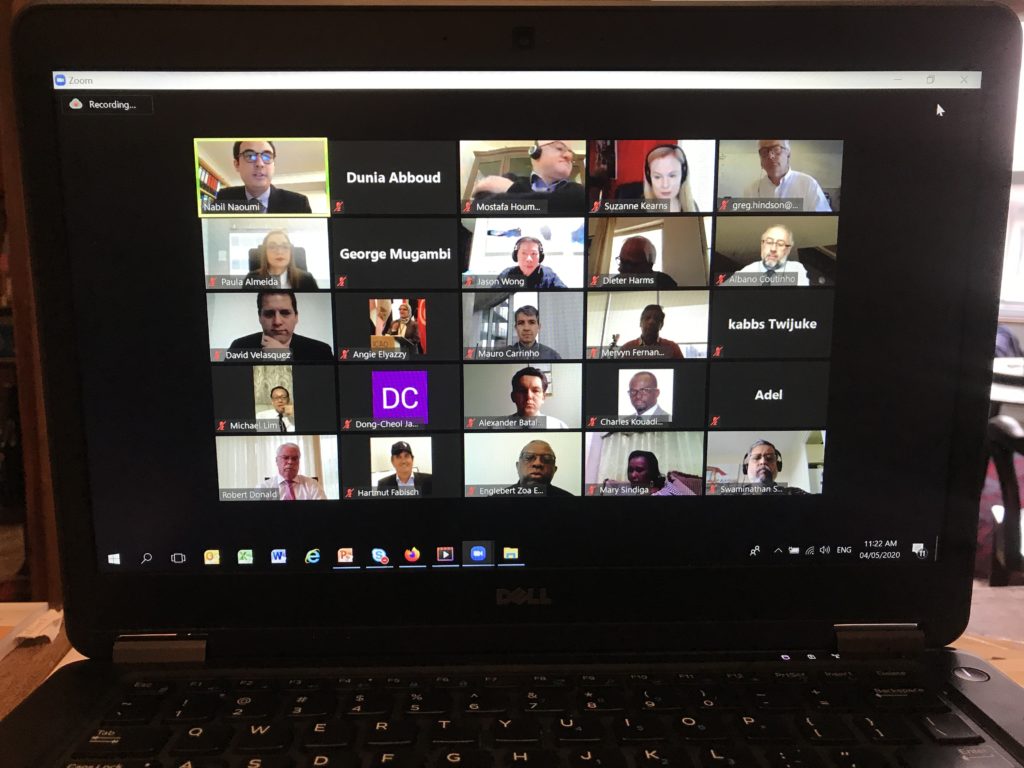 When we began this year, it was predicted that the number of aviation professionals needed to meet the demands of the industry was greater than the sector’s capacity to produce them. Furthermore, 80% of those who would meet these needs are today children, with no prior aviation experience. The ICAO Next Generation of Aviation Professionals (NGAP) initiative has been working with professionals to focus on three key considerations: the first being to attract young people; the second to educate them by implementing the most innovative teaching practices to help them become competent professionals; and the third to retain them once they have integrated the aviation sector.

The COVID-19 pandemic has disrupted much of this. The aviation training community is faced with a number of challenges, and it became clear to aviation professionals that the problems of the future cannot be resolved by relying on the solutions of the past. The industry will need to find ways to overcome the effects of the pandemic by innovating and mobilizing existing research infrastructure in parallel fields towards aviation challenges to build a more solid and resilient future.

Based on the discussions, the solution lies in the implementation of CBTA globally. While the traditional prescriptive provisions (including hours) approach to training will not be sustainable as we move towards the future; all organizations present agreed that CBTA has the capacity to provide the holistic view necessary, to form the much needed competent aviation professionals of the future. In the prescriptive provisions approach, hours, landings etc. are used as the main metric to measure training. Using this approach makes it difficult to effectively measure progression with another limitation being that it is impossible to accelerate training using this approach. 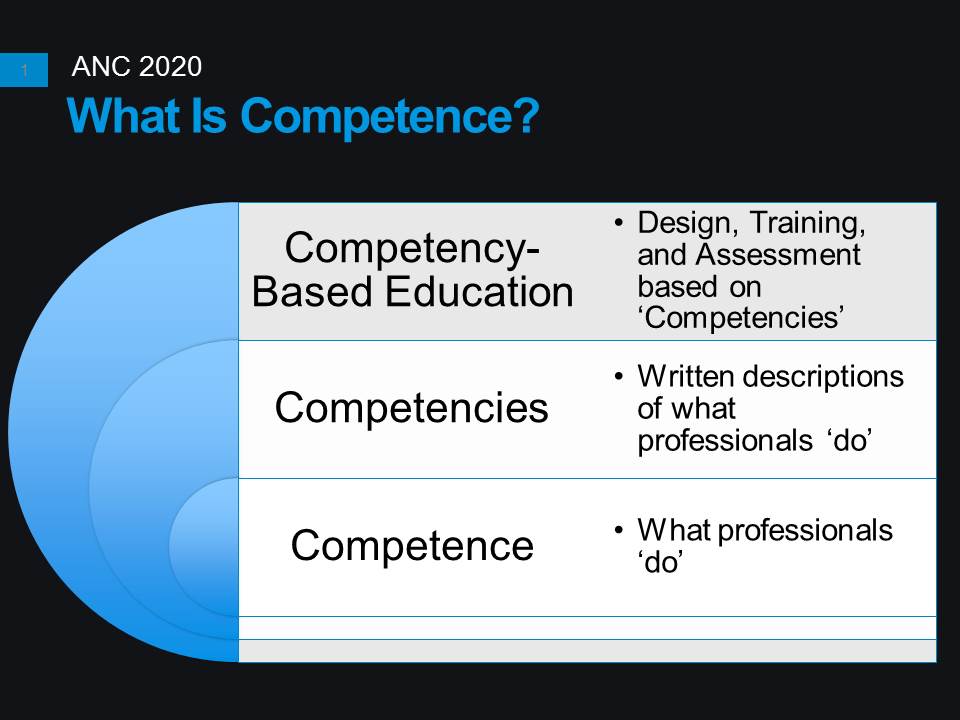 With this in mind, the University of Waterloo established a research cluster routed in CBTA that constituted approximately thirty different experts from different disciplines – engineering, math, health sciences, environmental sciences, and cutting edge disciplines such as machine learning, vision science and artificial intelligence among others – to address aviation training challenges. They proposed a three-level definition to understand the CBTA approach. The first involves competency, which is distinguished from the expertise and understood as the ability to function in a professional role with the knowledge, skills and attitude to do that job. The second component of the definition covers competencies, which are the written descriptions of what professionals do. The third element identified involves the competency-based education which can be seen as the entire training, and an assessment system that references competencies. While CBTA may seem complex, its strength lies in how effective it is and in its ability to train individuals to perform a job effectively and competently.

To develop or design training using CBTA  there has to be a number of clearly established steps. These ICAO provisions were reflected during the talk by ENAC: 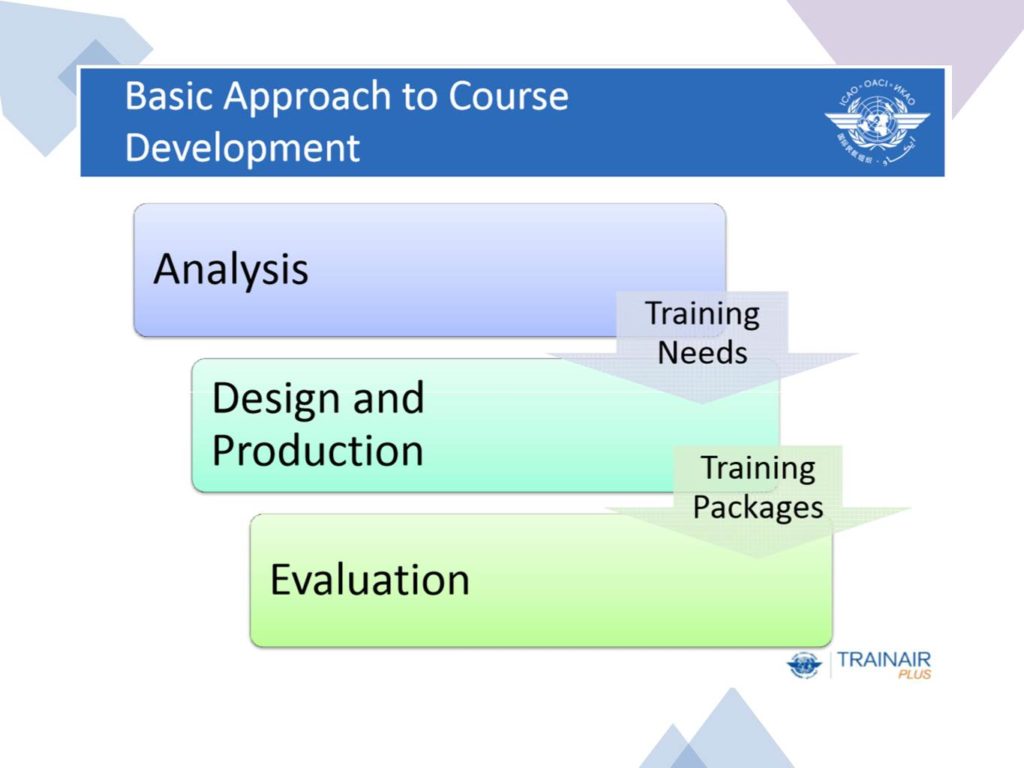 Once these steps are followed, one can expect the training to be up and running, with regular quality control required. JAA TO further detailed the process as follows:

Considering the potential of adopting a holistic approach to training, ENAC’s model was highlighted as being quite unique in how, within the same organization, different components interact with each other. ENAC is a flying school, a university and an aviation academy that brings together a significant variety of people and cultures.  The school’s platform allows for cross-cultural training and a mixture of population and interactions with a number of organizations worldwide. 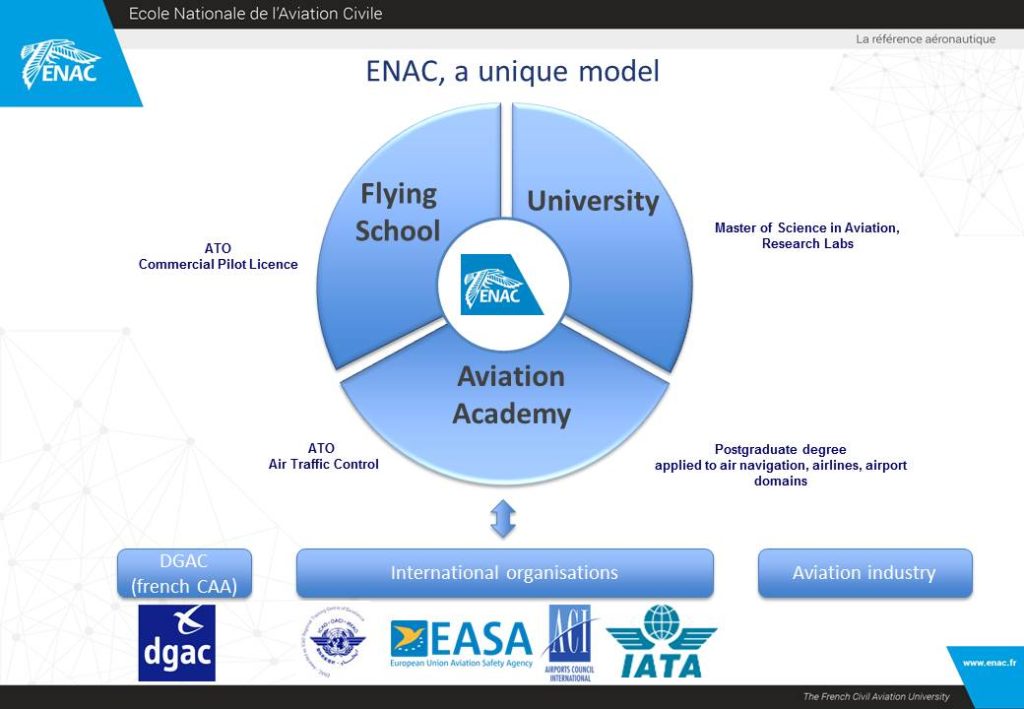 In considering Air Traffic Management training as one example: air traffic controllers are required to interact with the wider aviation community and must also share a number of qualities with engineers, pilots and technicians, which highlighted the benefits of cross-cultural training. In addition, while ENAC has adopted the ICAO’s CBTA framework, they also understand the need for adapting to the different environments of each country. While a number of their customers are fully compliant with ICAO’s presented examples of CBTA framework, others have slightly translated international rules and regulations, leading to different observable behaviors (Adapted Competency Model) for which ENAC chooses to use various assessments.

The assessment or examination phase is considered critical, in particular because case studies used for exercises are developed after the assessment since these need to match the competencies identified in the assessment itself. In terms of the regulatory context, differences from one country to another also exist. While one country will hire aviation professionals after they complete general education, others will require a specialized higher education, possibly even a university degree. Thus, different contexts or environments will lead to different requirements from one country to another. 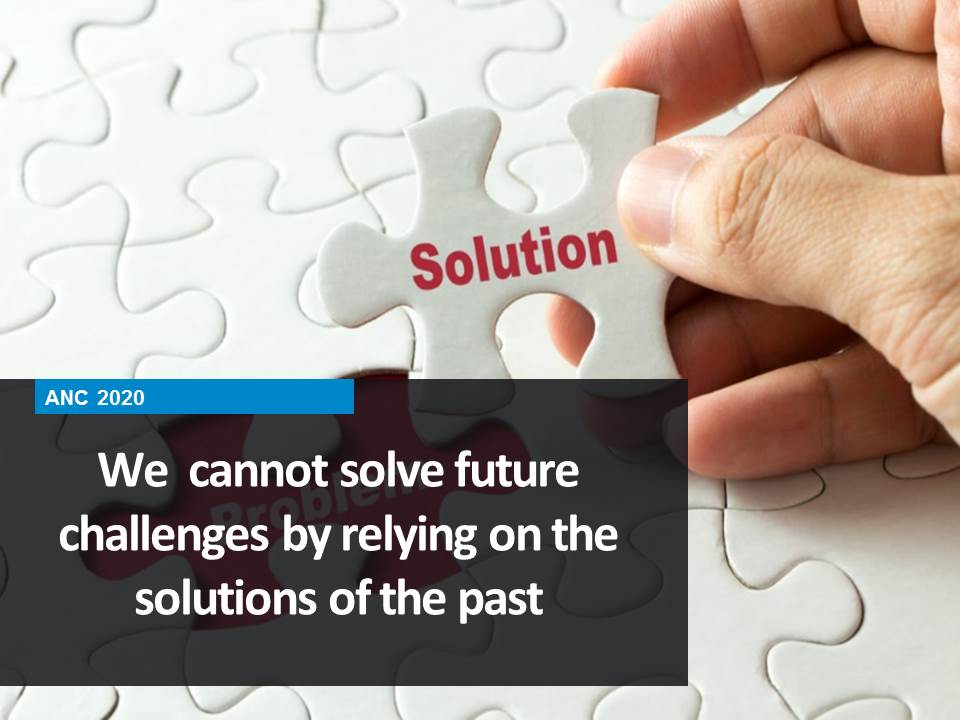 The cost of tuition fees for aviation training was flagged, with the example of the expenses related to commercial pilot training in Canada, which is about $150,000 and can go up to $300,000 for international trainees. Since most trainees cannot afford these costs, there is a challenge in meeting the numbers needed as the aviation industry expands. The question of whether aviation is getting the best people or those who can afford it, was also raised.  When thinking about aviation training in the long term, it is clear that it has to be as accessible and affordable as possible. To face the impact of the COVID-19 pandemic and to achieve NGAP long-term objectives, the existing training delivery modes – in-class, online and blended learning – must be used strategically. eLearning, for example, has the advantage of potentially being lower in cost in addition to allowing students to self-direct and self-study.

It was mentioned that eLearning is expensive to develop. Since aviation is one of the very first industries to adopt it, a lot of operators made decisions based on what was the least expensive path. Less expensive eLearning courses take PowerPoint slides and accompany them with a voiceover. More advanced courses integrate artificial intelligence and timed learning methods. They adapt responses to the difficulty level of the course and can be in essence, very customizable, with some being fully immersive simulations.

Such courses are relatively more expensive and because of the predominance of low-cost eLearning, it is difficult today to measure the effectiveness of an online course. Instead, more broad conclusions are generally made. Because eLearning courses are expensive to build, a solution proposed during the talk would be to capitalize on economies of scale through cooperative global mechanisms by sharing resources and collaborating internationally in the development of eLearning, making the cost per user more affordable and effective.

The Canadian Council for Aviation and Aerospace chose to cover the role of regulators in education for the licensed trades. In Canada the regulator mandates training content,  what must be taught and the associated number of hours. As one example, Transport Canada interprets it as being classroom-learning, with blended learning being quite extraordinary. Thus, when looking at one’s own jurisdiction, it is important to see if the rules prescribe what training entities must teach, and if so, if it is competency-based.

To conclude, the reality is that no one solution will help address the direct consequences of COVID-19 as well as the predicted long-term growth of the aviation sector on its own. However, if they are integrated strategically in an efficient manner, using the best learning principles and an intelligent choice of technology, they have the potential to produce better methodologies and results in training. Developing tailored training, for example, can help get desired outcomes. In addition, a holistic approach integrating the learning of different disciplines and their interactions with each other will result in more competent professionals who perfectly understand what they have to do.

After this ANC Talk discussion concluded, Nabil Naoumi, the President of the ANC, and the invited training experts had a short discussion on the outcome of the ANC Talks. Excerpts from this are shared in the video below.