Expressing the UN aviation agency’s deep appreciation to the Federal Republic of Nigeria for its generous support at the IWAF event that was held from 20 to 22 November 2017, ICAO Council President Dr. Olumuyiwa Benard Aliu stressed to the global and African leaders present that massive investments would be needed to address airport and air navigation infrastructure requirements globally in the near-term, and that ICAO’s Global Plans should be used to guide and align all State modernization and expansion projects.

“It is estimated that the global investment needs for airport infrastructure will be 1.8 trillion dollars over the next 15 years,” he emphasized. “But we must also acknowledge that air transport development projects today receive barely five percent of Official Development Assistance globally, and that this total greatly underestimates their potential socio-economic returns.”

President Aliu stressed the importance of States establishing transparent, stable and predictable investment climates to attract global investors, and the need to accompany airport and air navigation system modernization with new training capacities to ensure that today’s improvements will be effectively and sustainably managed over the longer-term.

“The positive impacts of air transport today on nations, societies and businesses are as numerous as they are substantial, and in light of the forecast growth of flight traffic worldwide, aviation’s economic benefits and opportunities are also expected to double in magnitude in the coming decades,” he noted. “This explains why aviation infrastructure and human resources development are such high priorities for governments today, and in every world region.”

He also further welcomed the new Declaration and Framework of a Plan of Action for Development of Aviation Infrastructure in Africa which were adopted at the event within the framework of the “Lomé Plan of Action 2017 – 2019” of the African Union.

“In particular, the commitment made by African States and Regional Economic Communities to ensure the inclusion of better-defined aviation projects in the Program for Infrastructure Development for Africa (PIDA) has been greatly appreciated” he commented. “And to strongly support the implementation of the Framework for a Plan of Action, ICAO will enhance its cooperation with African States in line with the African Union’s Agenda 2063, and consistent with the priorities of our No Country Left Behind initiative.” 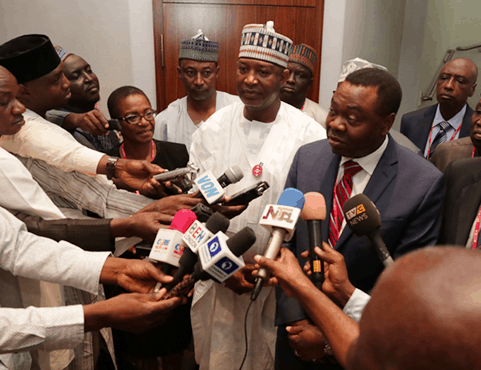 As the IWAF/3 event got underway, a series of panel discussions called for a holistic and transformative approach toward the aspirational goal of “no constraints of infrastructure capacity, technology and financial resources for aviation development.”

Participants underscored that institutional, legal and regulatory frameworks, together with effective monitoring and evaluation mechanisms should be established, in order to encourage greater investment and accommodate the complex nature of project finance transactions. They also agreed to work together to showcase the benefits of aviation and obtain related buy-ins from aviation, development and financial stakeholders.

In her closing IWAF/3 remarks, ICAO Secretary General Dr. Fang Liu remarked that a credible means of planning and implementation are urgently required to manage future air transport traffic growth safely, securely and efficiently. She called on all governments which have not already done so to analyze their current capacities and expectations and to urgently establish national and/or regional aviation infrastructure programmes and plans respective of those aims.

“I cannot stress strongly enough how important this planning is to the benefits you expect to be generated and captured by your State, and that continued development in aviation infrastructure capacity and technological innovation is critical to our desired outcomes,” she said. “This in turn requires substantial modernization investments over the long term, and an expansion of aviation capacity in all States consistent with ICAO’s growth forecasts and Global Plans.”

Dr. Liu also emphasized that ICAO would re-double its efforts to enhance and develop tools, analysis and services to support governments in identifying their aviation deficiencies and infrastructure gaps. She further called on the attending States to align and integrate their aviation infrastructure programmes based on a balanced development approach, one which includes multi-modal transport and related urban planning initiatives.

ICAO expressed its thanks to the Government and the people of the Federal Republic of Nigeria for hosting the very first IWAF held in an ICAO Region, and expressed its deep appreciation to the African Union Commission (AUC), the African Development Bank (AfDB), the African Civil Aviation Commission (AFCAC), and the Planning and Coordinating Agency of the AU’s New Partnership for Africa’s Development (NEPAD), for being such generous and effective partners on this year’s event.