“While the Asia-Pacific presently leads the world in terms of traffic growth, it also faces attendant challenges with respect to managing and sustaining it, safely, securely and efficiently,” stressed ICAO Council President Dr. Olumuyiwa Benard Aliu.

In his keynote address to the approximately 300 delegates in attendance, President Aliu further highlighted the need to manage demand against capacity of airport and Air Traffic Management (ATM) systems, the pressing need for APAC States to implement the Safety Enhancement Initiatives (SEIs) set out by its Regional Aviation Safety Group (RASG), challenges to infrastructure and other investors posed by unstable regulatory environments, and insufficient training capacity for skilled aviation professionals, amongst other priorities.

The ICAO Council President also drew attention to the region’s capacity challenges, reminding those present that “ICAO is therefore leading efforts to increase the number of new air routes, implement an Asia-Pacific Air Traffic Flow Management System, and to realize a more flexible local approach to the sharing of airspace by civil and military operators.” 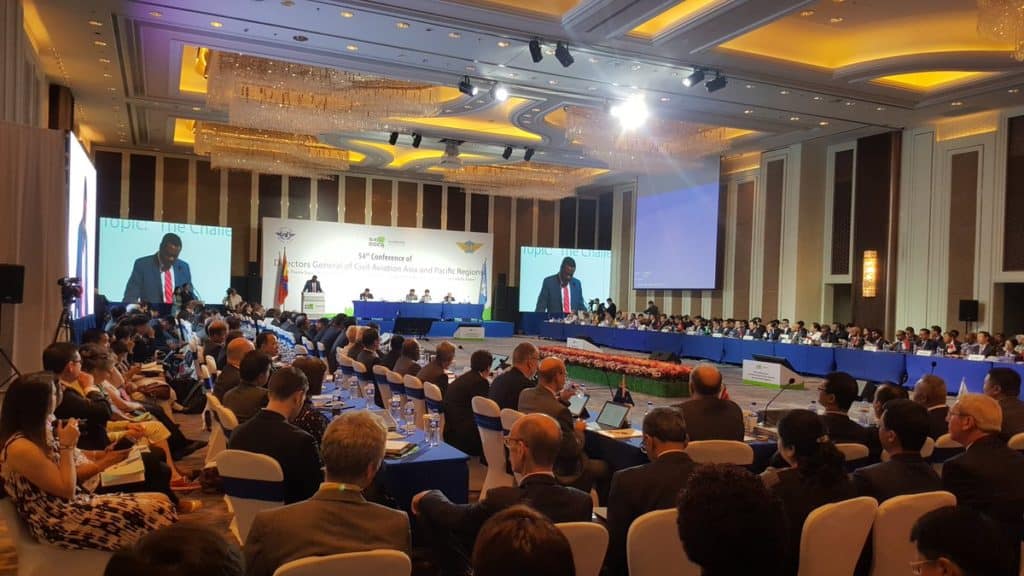 He further alluded to the essentialness of air transport connectivity for the Pacific Island States, mainly arising from their remoteness and small populations, and to the resource challenges they face in optimizing aviation’s benefits.

“A reliable network of air links within and among island countries, and to major air transport hubs, is essential to the viability of these countries from humanitarian, political and economic perspectives. However the acute resource crunch in the Pacific Island States poses a complex challenge that truly demands a new approach and comprehensive sub-regional plan.”

In her own opening statement, ICAO Secretary General Dr. Fang Liu highlighted how the UN agency’s Regional Office in Bangkok, led by Regional Director Arun Mishra, had been ramping up efforts to assist Asia-Pacific States with their ICAO compliance. The Secretary General focused on recent progress made by the Combined Action Teams (CAT) which ICAO has established, noting that they had assisted 11 regional States in 2016 and were on track to provide further capacity building to another 10 APAC countries before the end of 2017.

“We’ve been greatly encouraged by the enthusiasm and commitments from these States as the CAT process has gotten underway, and are already seeing solid results,” Dr. Liu confirmed.

From a safety perspective, Dr. Liu further noted that “2016 was the safest year ever for scheduled commercial air travel, and here in the APAC region you achieved an admirable 1.79 accidents per million departures compared to global average of 2.44.” She also commented on ICAO’s many efforts of late to reinforce the global aviation security framework, pointing to its partnerships with the World Customs Organization and relevant UN bodies, and “the need to evolve a common security approach while maintaining a keen focus on our complementary goals for a more streamlined and unobstructive passenger and cargo facilitation experience.” 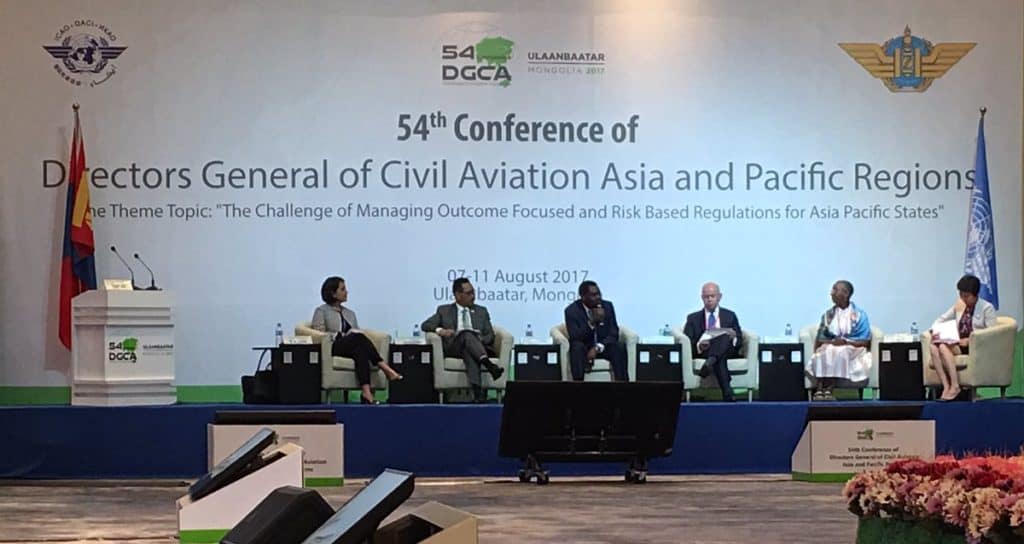 During their stay in Mongolia, ICAO’s leaders conducted a range of bilateral meetings and State visits, accompanied throughout by Regional Director Mishra.

Meetings which focused around the need for more concrete State infrastructure commitments, and related ICAO compliance and aviation development priorities, were conducted with Mr. Jimiyan Munkhbat, Mongolia’s Minister and Chief of Cabinet for the Secretariat of the Government, Mr. S. Munkhnasan, Director of Air Transportation Policy in the Ministry of Road and Transport, Mr. Byambasuren Luvsansambuu , its Director General of Civil Aviation, and Ms. Tuul Suvdmaa, senior analyst in Mongolia’s Department of the Strategic Policy and Coordination.

The ICAO Council President thanked Mongolia for hosting the 54th DGCA Conference, and for the support it had provided to its Civil Aviation Authority (CAA). He highlighted the State’s civil aviation and infrastructure commitments, and congratulated it for the excellent results achieved in its most recent safety and security audits. He reaffirmed the commitment of ICAO to work closely with Mongolia, noting that together they would enhance and optimize the contributions of its civil aviation sector to the socio-economic development and prosperity of its citizens and businesses.

Minister Dangaa Ganbat of Mongolia thanked ICAO for the honour of hosting the 54th Conference of DGCAs of the Asia Pacific Region, highlighting the State’s current focus on the training of its civil aviation personnel and the new airport it expects to shortly see entering service.

ICAO Secretary General Liu noted that a recent reassessment of Mongolia’s training centre by ICAO had affirmed its full ICAO TRAINAIR PLUS membership status, and congratulated Mongolia for ensuring the sustainability of its CAA through suitable training commitments and actions. She extended an invitation for Mongolia to attend the upcoming Next Generation of Aviation Professionals (NGAP) Summit, which ICAO is hosting at its Montreal HQ this November.