With a focus on the recent progress of Ground-Based Augmentation System (GBAS) and Satellite-Based Augmentation System (SBAS) implementation by several States in the Asia/Pacific region, a GBAS/SBAS Implementation Workshop was held in Seoul, Republic of Korea, from 3 to 5 June 2019.  The workshop was attended by 123 participants from 16 States, two International Organizations and seven industry participants. 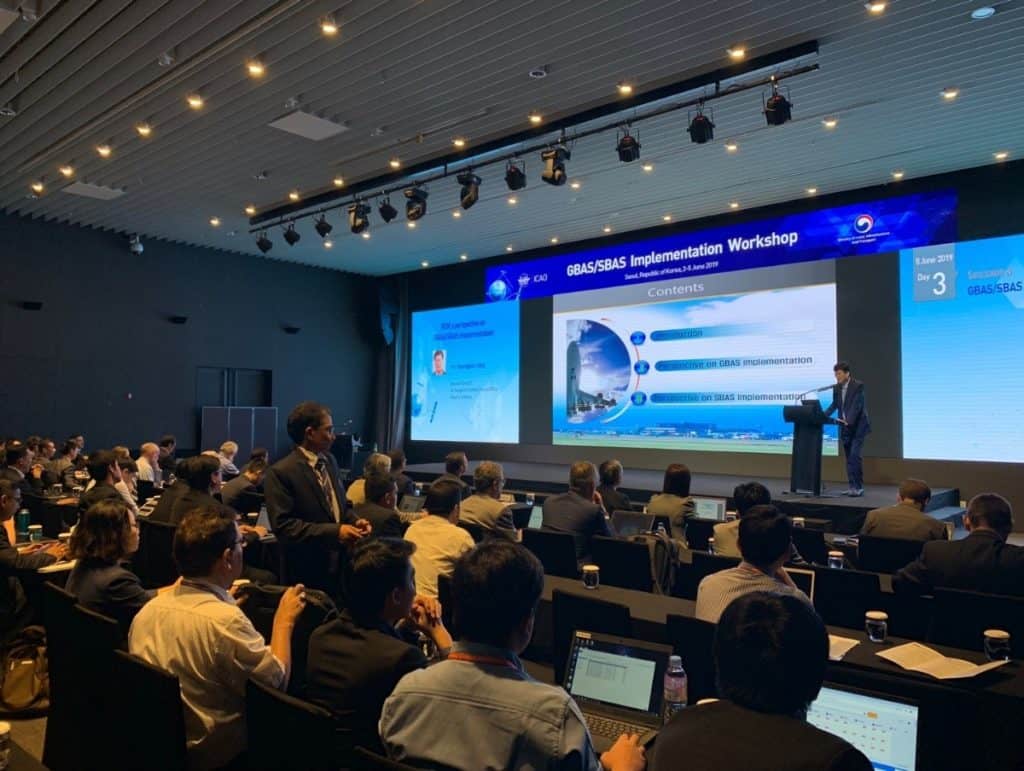 GBAS uses monitoring stations at the airport to process signals from core constellations (currently GPS L1) and broadcasts corrections and approach path data to support precision approach operations. SBAS uses a wide network of ground stations and provides signals from Geostationary Earth Orbit (GEO) satellites to support operations over a large geographic area, from en-route down to approaches. Expected benefits from GBAS/SBAS implementation involve the enhancement of safety through the geometric vertical guidance for final approach and improvement of accessibility to regional airports in addition to the general benefits gained from PBN implementation, i.e. improvement of operational efficiency, increase of airspace capacity, reduction of noise and CO2 emission.

The objectives of the workshop were to improve understanding of GBAS/SBAS systems, to listen to States’ and
Industry’s perspectives, and to share experiences on their implementation including system development, certification, safety assessment, flight procedure design and validation. Following a review of the status of the GBAS/SBAS systems in the Asia Pacific region, the workshop addressed the following implementation challenges: 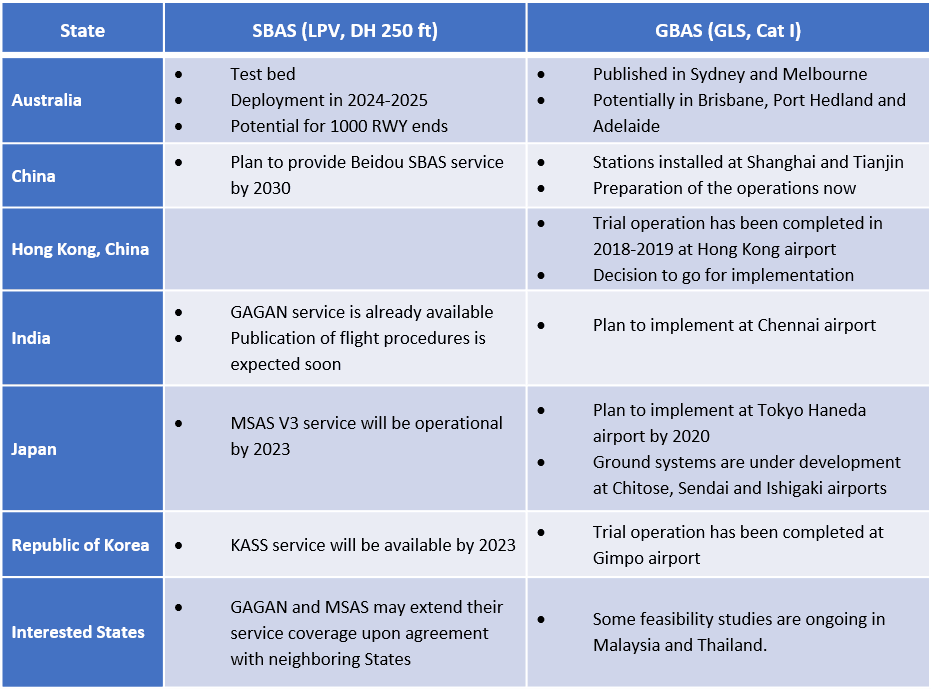 Many participants showed particular interest in the ionosphere, which affects GNSS signal delay, causing position errors of GNSS system, especially at low latitude regions. Low equipage rate of GBAS/SBAS airborne system among current aircraft and mandate of equipage issued by a few States implying retrofit of many aircraft were of concern too.

The participants appreciated the workshop as it was informative and useful for the planning of their GBAS/SBAS implementation. Overall, the workshop provided a good opportunity to see regional implementation status and compare with other States and regions, i.e. Europe and USA.