By Luis Fonseca de Almeida On May 1, 2018
877
Share FacebookTwitterLinkedinEmailPrint 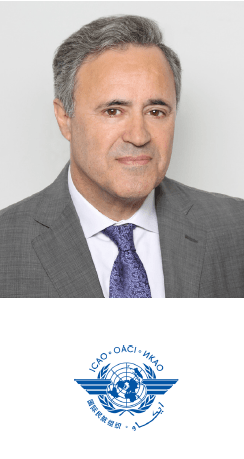 In recent years, several tragic events have shown that civil aviation remains a target for terror attacks and this has brought attention on the importance and necessity of the security of people worldwide but also put at the forefront of most political and economic discussions the security of international civil aviation.

The protection of civil aviation against acts of unlawful interference is a key challenge for the International Civil Aviation Organization (ICAO) as a global organization and a United Nations Specialized Agency.

Security and Facilitation (AVSEC/ FAL) is one of the five Strategic Objectives of ICAO supported by and in line with the United Nations Security Council Resolution (UNSCR) 2309 calling for the strengthening of ICAO´s role in this field.

ICAO Member States have the responsibility to implement ICAO standards and the respective document for security is Annex 17 of the Chicago Convention. To support States, in their constant efforts to effectively implement the international Standards, ICAO is increasingly devoting itself to focused assistance for States with difficulties in implementation.

Currently, ICAO is conducting regional conferences around the globe to discuss and define a regional roadmap for each ICAO region and support States in amending or developing their national roadmaps in order to implement the recently approved Global Aviation Security Plan (GASeP). With this new global plan, which is the third, after the Global Air Navigation Plan (GANP) and the Global Aviation Safety Plan (GASP), ICAO Member States will receive a supporting framework which will facilitate the implementation of ICAO standards in a more harmonized but flexible way, taking into account the different realities at national and regional levels.

I wish to remind you that, in the past years, ICAO Regional Offices had limited resources to support and assist Member States in their commitment to the effective implementation of the ICAO Aviation Security SARPs.

In the EUR/NAT Office, the role of assisting States in the area of civil aviation security was strengthened in 2012 with the arrival of the Regional Officer AVSEC/FAL. Since then, the Office has ensured and extended the main aviation security activities at regional level, responding to countries’ fair wishes and providing special assistance to the States in great need all within a diverse universe comprising of 56 Member States.

ICAO is always adapting and developing new programmes to assist its Member States, reinforcing its role in the Regions to ensure that States receive the necessary support from ICAO to implement new Standards including on aviation security area that is a crucial activity in the European and North Atlantic Regions.

Luis Fonseca de Almeida took office as the Regional Director of ICAO for Europe and North Atlantic on 4 January 2011.

He was Vice President of the Eurocontrol Provisional Council (from 2005 to 2007). As Chairman of INAC, he was also responsible for the Civil Aviation National Security Authority, the Air Transport Emergency Planning Commission and he was seated on the Board of Public Works and Transport.