The Launching ceremony for the Common aeRonautical VPN (CRV) project in APAC Region was conducted on 9 May 2019 at ICAO’s Asia and Pacific Office in Bangkok, Thailand, just before the joint session of CRV OG/6 and SWIM TF/3. 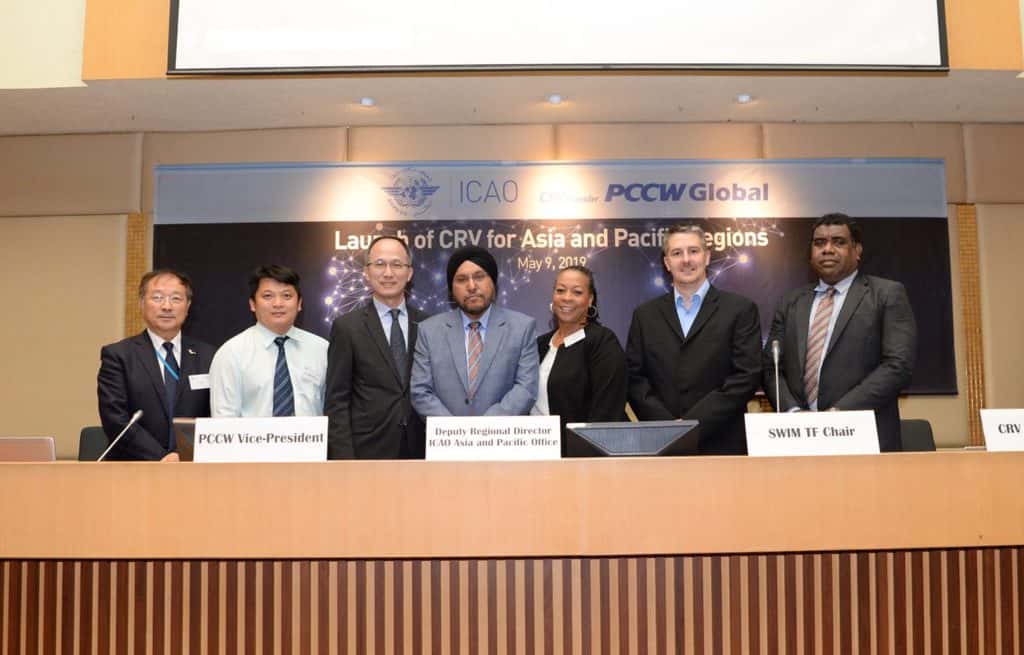 Dr. Manjit Singh, Deputy Director of ICAO APAC Office, recalled the history of the CRV project and expressed appreciation to CRV pioneer States for their efforts and contribution towards the selection of CRV service provider for the region and to the four Pilot Test States for successfully conducting testing of CRV functions.

Mr. Raymond Luk, Vice President of PCCW Global, reviewed the process of CRV project and highlighted the capability of PCCW Global in providing the CRV service. He expressed appreciation for the cooperation of the pioneering States as well as the pilot States/Administration and looked forward to further co-operation from other States and ANSPs for implementation of the CRV Project.

The CRV is provided based on PCCW Global’s IP network and fibre infrastructure which is a simple, secure, safe and fully managed network for all States to use in support of today’s and future application. The capability of CRV to support SWIM related services was also highlighted in the event.

Meet the Chairman of the Civil of Aviation Authority in Bangladesh

Reconnecting with a trusted training and capacity building partner: CASP-AP is fully…