Visit the Asia/Pacific Newsletter page to discover the many events and updates more updates on the progress that took place in the second half of 2021 that are not shared below.

The First Meeting of the Surveillance Study Group

As per CNS SG Decision CNS SG/24/16 – Establishment of Study Group under SURICG on Sharing of Surveillance Data in SWIM, a Study Group was formed named SURSG. The First Meeting of the Surveillance Study Group (SURSG/1) was held via video teleconference from 20 to 22 April 2021. The meeting was attended by 118 participants from 15 States/Administration and four International Organizations (CANSO, IATA, ICCAIA, and IFATCA) and industry partners Frequentis and PCCW Global. The objectives of the study group was to study and provide expert views and recommendations to achieve a harmonized sharing of surveillance data in SWIM in the APAC Regions along with the possible models of sharing of surveillance data in SWIM according to the Surveillance Strategy adopted by APANPIRG and in support of ICAO GANP and ASBU initiatives. The study group also reviews, identifies and provides expert views and recommendations to address major issues raised to the SURSG by ICAO APAC, in the technical, operational or regulatory aspects of surveillance data sharing to facilitate the implementation of surveillance from “Departure to Destination” in APAC. 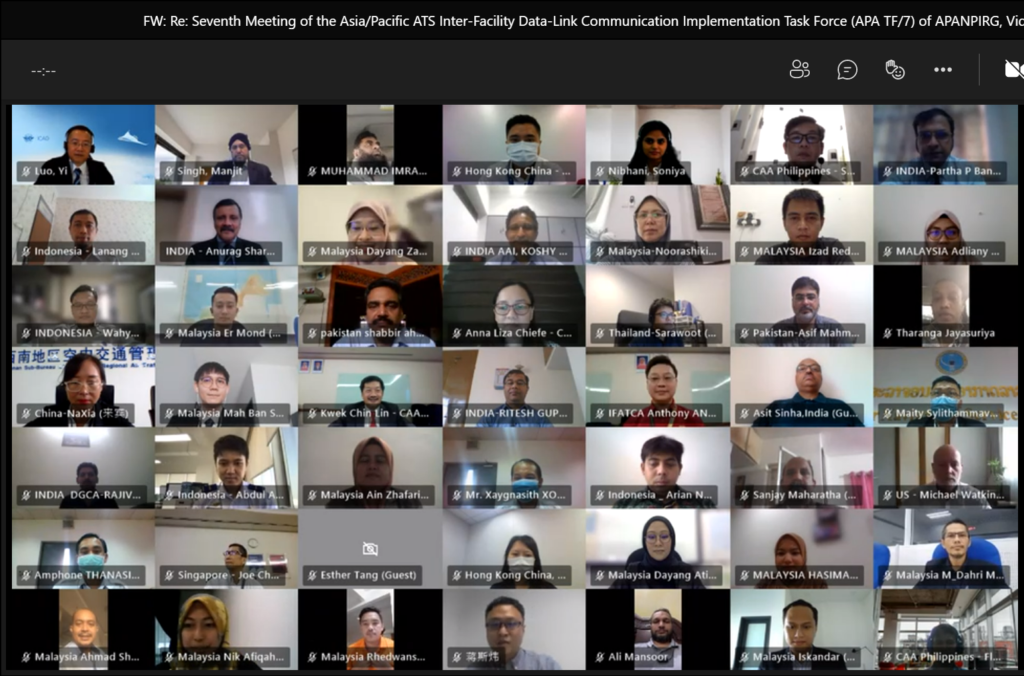 The Seventh and Last meeting of the ATS Inter-facility Data Communication Task Force
(APA TF/7) was held from 07 to 09 June 2021 via video teleConferencing. The meeting was attended by 113 participants from 17 States and International Organizations IATA and IFATCA.

The Meeting tracked and progressed the AIDC implementation in APAC Region by focusing those connections with priorities identified by APANPIRG. The meeting recognized that States in the APAC region were present at different stages of AIDC implementation and hence the necessity to maintain the functions of APA TF persists to facilitate appropriate guidance for upcoming States and to provide a coordination framework among States for wider and effective implementation of AIDC across the APAC region. While major success has been recorded for AIDC implementation in the region, full-scale action of the APA TF is not envisaged, henceforth ATM Automation System Task Force (ATMAS/TF) is identified as the contributory body under CNS SG to take over any outstanding action items of APA TF. APA TF is therefore dissolved. 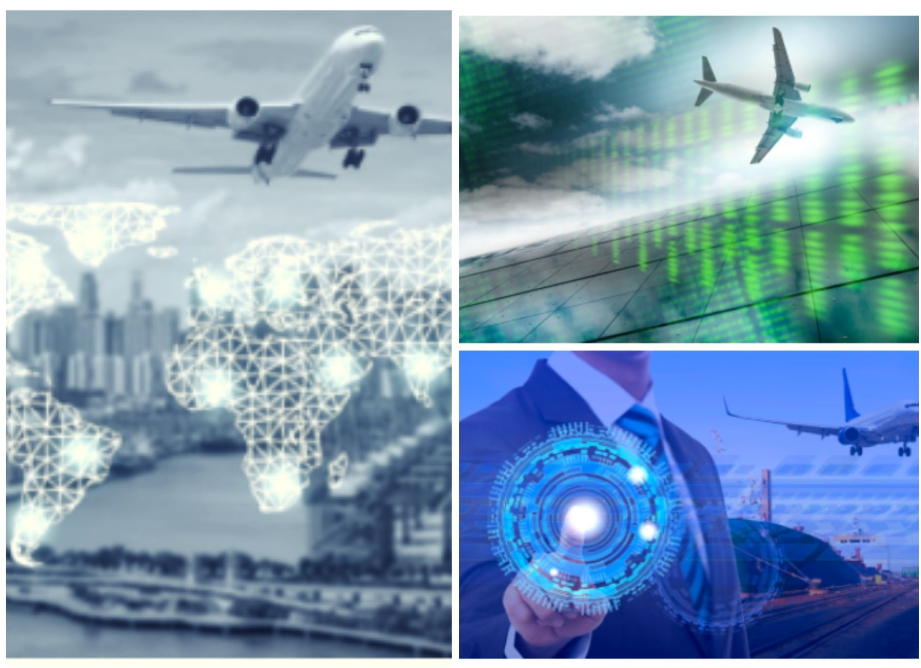 The ICAO Asia Pacific First Regional Cybersecurity Webinar was held on 14 June 2021.  The webinar was organised via Video Tele-Conferencing (VTC) and it was attended by 317 participants from 26 States/Administrations, six International Organizations (AAPA, CANSO, IATA, ICANN, IFALPA, and IFATCA) and two Technology/Solutions providers (Nokia and Thales) who sponsored the event. All Delegates received Virtual Delegate Bag sponsored by Nokia comprised of all necessary information about the Webinar.

A total of 10 presentations were delivered by experts from different parts of the World under different Domains related to Cyber Security. During the Webinar, Q & A sessions were held at end of each presentation through the Pigeonhole tool. Throughout the Webinar, a total of 69 questions were asked and more than 100 feedback for the Webinar were provided by Participants with 100% positive responses. The presentation materials can be accessed here.