With millions of passengers and cargo tonnage flown every year, the aviation industry is a high-profile target for terrorists and hostile acts around the world. Attempted and successful attacks, from the 11 September 2001 hijackings to the 2010 printer cartridge bomb, have highlighted the threat to public safety and the vital importance of cargo security as an international priority. Many national governments have taken it upon themselves to mitigate threats by implementing their own cargo screening regulations for aircraft. While this has been critical for security thus far, not all States are in compliance with the latest ICAO requirements.

As expressed in Annex 17, ICAO requires that appropriate security controls are applied to all cargo and mail before being loaded upon an aircraft, to prevent the introduction of explosives. This may be achieved through physical screening or by ensuring that cargo originates from a secure supply chain.

As of June 2021, consignors which are not approved by the government (so-called account consignors) can no longer be part of a secure supply chain, not even for cargo transported on all-cargo aircraft. This expansion will dramatically enhance aviation security, but it will strain the industry in the process. Since not all account consignors will be able or willing to become a government-approved known consignor, an increase in the demand for physical screening is expected. One way in which the air cargo industry can effectively and efficiently meet this demanding mandate is with the use of explosive detection dog (EDD) teams.

Technological solutions are simply unable to match the speed and efficiency of a well-trained EDD team. The United States Defense Advanced Research Project proved this after spending USD19 billion over six years in an attempt to create a technology that matches the efficiency of a dog. Well-trained dogs were more effective every time.

In cargo environments, MSA Security has observed that dogs screen at more than twenty times the speed of any technological solution because of their mobility. With X-ray, every single piece of cargo must go through a machine, and each picture must be interpreted by a screener. Likewise, with trace detection, every single piece of cargo must be swabbed. Both of these processes are extremely time-consuming and labour-intensive. They interfere with the sort process, add time to delivery, and increase overhead costs.

Because a well-trained dog can detect explosives odours down to parts-per-trillion, dog teams can effectively sort at the pallet or unit load device (ULD) level. They are able to move around the cargo to conduct the search without interfering with the sort process or freight environment. Where it might take hours to screen a cargo shipment by X-ray or trace detection, an EDD can screen that same shipment in a matter of minutes.

As you begin your conversations with EDD providers in anticipation of the ICAO mandate, here are some considerations to keep in mind:

Explosive detection dogs provide an excellent addition to your business model to facilitate full compliance with ICAO regulatory Standards. Not only is a properly trained dog the best bomb detector, but the speed and efficiency a dog provides are also unmatched. 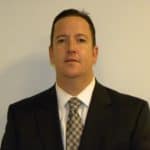 Marc Murphy, Director of Air Cargo and Aviation for MSA Security, carries more than 18 years of law enforcement, investigative and transportation security experience. With the TSA’s approved third-party canine screening program (3PK9 CCSP), Marc has been instrumental in providing support along with critical information to stakeholders throughout the industry.  Marc directs MSA’s industry-leading air cargo and aviation program, providing customized solutions to help businesses operate safer and more efficiently, both in the U.S. and internationally