The enhanced use of ePassports

The increasingly universal use of biometrics and other new technologies are shaping the future of the global border security framework as we speak. The International Air Transport Association (IATA) is working to define that framework on behalf of member airlines, in partnership with airports and governments, and in close cooperation with international organizations, including the International Civil Aviation Organization (ICAO).

The driver for these advancements is as much security, as it is facilitation. The need for improvements is clear. Airport infrastructure status quo will not be able to absorb the ever increasing number of passengers that are projected for 2030 and beyond, when loads are estimated to rise above six billion annually.

States, airlines and airport operators should take better advantage of the many facilitation tools available to improve border and  aviation security, as well as the End-to-End (E2E) passenger experience. These tools consist of electronic passports, biometric verification, passenger data exchange, Registered Traveller Programmes (RTP), pre-clearance arrangements, Automated Border Control (ABC), Smart Security as well as the automation of other procedures that are associated with international travel by air.

While the ICAO Traveller Identification Programme (TRIP) has assembled many facilitation elements into a general strategy, neither Governments nor the private sector have aligned all of these tools into a consistent framework that can be applied across jurisdictions. As we look to the future, an ICAO Global Aviation Facilitation Plan (GAFP) could play the role of a unifying and integrating factor in this regard.

The ePassport is now more than 10 years old and almost a billion exemplars have been issued worldwide. Though the mandatory issuance of ePassports is not a standard of ICAO’s Annex 9 – Facilitation, the majority of ePassports have been issued in the largest aviation markets which include Asia and Pacific, Europe, North America and the Middle East. Global issuance of ePassports have now reached a critical mass which allows for international travel with improved facilitation through airline, airport and Government processes. But the results are still meagre.

The reality is that the ePassport is overwhelmingly treated as a traditional passport, which means that the main security and facilitation benefits of the passport chip 1) authenticating electronic security features through digital certificates and 2) matching the passenger with the passport through the use of biometric verification – are not being utilized to their full extent. As a result, international passengers are often required to produce their passport for examination up to five times at the airport before boarding. This is not only time consuming, but also inefficient because every process, whether it be check-in, security, immigration or boarding, treats the passenger as an unknown entity.

This is being explored by the Aruba Happy Flow project, which is being run by KLM, the Aruba Airport Authority, the Schiphol Group, the Government of Aruba and is supported by the IATA Passenger Experience Management Group (PEMG). 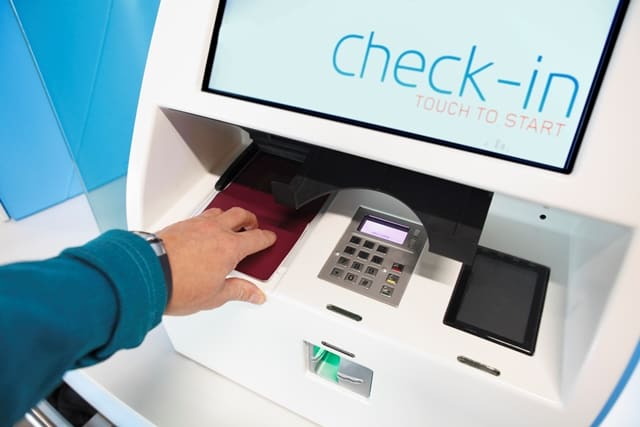 IATA has emphasized that obtaining the required technology to integrate chip validation using the ICAO Public Key Directory (PKD) to support the reading and validation of ePassport chips during check-in might be a significant, but is also a worthwhile investment in both security and facilitation for the traveller.

In building a business case to pursue this objective, the global aviation community would need to recognize that all parties in the stakeholder chain – Governments, airlines and airports – will share the benefits.

Despite the rapidly growing number of electronic passports and the increasing demand from governments for passenger data transmitted by airlines, IATA continues to question the need for redundant paper processes to collect the same information that a passport can provide. We wonder why information beyond the ICAO standard is still required by some authorities. Why are electronic travel authorizations only offered by 8% of States and why, with all the information provided by airlines in advance, do we still have long immigration queues.

Acknowledging the earlier work of the IATA/Control Authorities Working Group (IATA/CAWG), IATA lobbied for the introduction of Recommended Practices for Electronic Travel Systems (ETS) at the 9th ICAO Facilitation Panel. This came in response to increased border security measures, including requirements that passengers apply for travel authorizations or otherwise register online prior to boarding a flight for travel. In many cases States were using mixed terminology such as “electronic visa”, “electronic travel authority”, or “visa on arrival” to describe their online programmes. Given the wide disparities in language and use, there was a need to standardize this terminology and to place this function in the appropriate regulatory framework within ICAO.

IATA successfully argued that ETS travel authorizations, when required by a State, need to be implemented with a fully automated validation system embedded in interactive Advance Passenger Information (iAPI) exchanges. When systems are constructed in this way, travel authorizations can be validated in real-time by automated means integrated into the airline check-in process.

Identity verification and the use of ePassports as the globally interoperable medium for presenting and validating one’s identity, is central to all of the facilitation tools available, especially when facilitating international travel. The ePassport is the source for Government issued, standardized, secured and verifiable data that, if properly utilized, can allow passengers to be processed using more automated tools, creating efficiencies across the entire travel continuum. However, if the ePassport is not utilized more robustly – it could very well be overtaken by other mediums and technologies in the future.

As a result of UN Security Council Resolution 2178, it is likely that there will be an increased exchange of passenger data between airlines and Governments that will significantly shape the facilitation framework of the future. IATA supports a growing trend towards interactive API exchanges combined with ETS travel validation, augmented by other facilitation tools such as ABC and RTP. This more fully integrated border management concept could be further complemented through implementation of Passenger Name Record (PNR) data exchanges if and when the global impasse over data privacy is settled in an equitable fashion.

For more information on potential scenarios and current and future efforts, you can read this article in full in ICAO’s TRIP Magazine Vol. 11 No. 2. 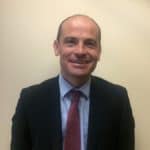