A detailed set of international Standards and Recommended Practices (SARPs) to assist States in establishing their capabilities to collect, use, process and protect Passenger Name Record (PNR) data to help detect and counter-terrorist offences and mobility was endorsed recently by the ICAO governing body.

United Nations Security Council (UNSC) Resolution 2396 prescribed that countries should develop the capability to collect, process and analyse, in furtherance of ICAO SARPs, airline PNR data for the purpose of countering, detecting and investigating terrorist offences and related travel.

The resolution also “urges ICAO to work with its Member States to establish a standard for the collection, use, processing and protection of PNR data.” 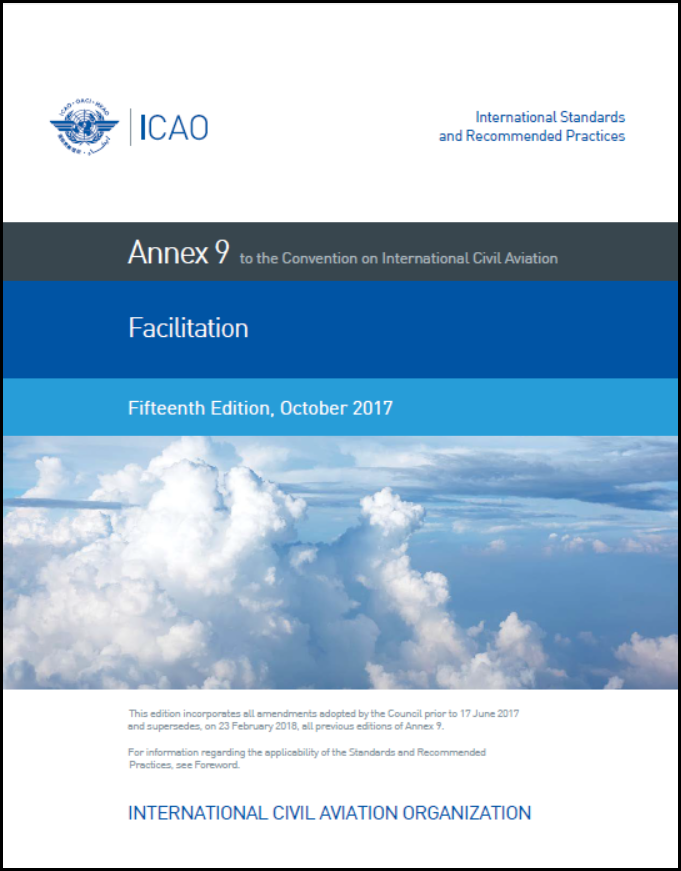 “The exchange of PNR data helps to prevent the flight of foreign terrorist fighters while enhancing the efficiency and convenience of the travel experience of legitimate travellers,” noted the President of the ICAO Council, Mr. Salvatore Sciacchitano. “The adoption of Amendment 28 toAnnex 9 – Facilitation by the Council provides not only pivotal technical guidance, but also an important legal mechanism to support the exchange of this data by States.”

Pending any further and substantial national feedback on the PNR standards, Amendment 28 will become effective in October 2020 and applicable in February 2021.

“Amendment 28 to Annex 9 – Facilitation to the Convention on International Civil Aviation standardizes many aspects of States’ existing PNR exchange practices, which will increase efficiency and effectiveness for both operators and border control services while additionally decreasing the complexity for States initiating cooperation in this area,” said ICAO Secretary General, Dr. Fang Liu. “These new standards provide clarity in terms of what passenger data is acceptable to collect and exchange, and in what circumstances this can occur.”

Following the UNSC unanimous adoption of resolution 2396 (2017), Secretary General Liu has made calls in the UN for greater international awareness and cooperation on the importance of information sharing to help prevent terrorist mobility. ICAO has pushed for progress by countries on enhanced border security, and also initiated an ad-hoc Task-Force which quickly realized the new PNR data standards.

To support States in the implementation of the UN Security Council resolution 2396 (2017) and associated ICAO Standards on advance passenger information (API) and PNR, ICAO is additionally a partner in the UN Countering Terrorist Travel Programme led by the United Office of Counter-Terrorism (UN OCT). It cooperates there with the Counter-Terrorism Committee Executive Directorate (CTED), the Office of Information Communications Technology (OICT), the United Nations Office on Drugs and Crime (UNODC), and the International Criminal Police Organization (INTERPOL).