“2020 has confronted ICAO with the worst global crisis in the history of international aviation”, Dr. Liu noted in her introduction, “and we have been responding quickly and effectively to ensure vital air operations, while bearing in mind the lasting threats of terrorism and making steady progress in aviation security and facilitation. The key recommendation of the ICAO Council’s Aviation Recovery Task Force (CART) Guidelines, aims to align countries’ air transport pandemic responses, calls countries to strengthen their security oversight systems and coordination between National Facilitation Committees and National Facilitation Programmes to manage and control pandemic risks”. 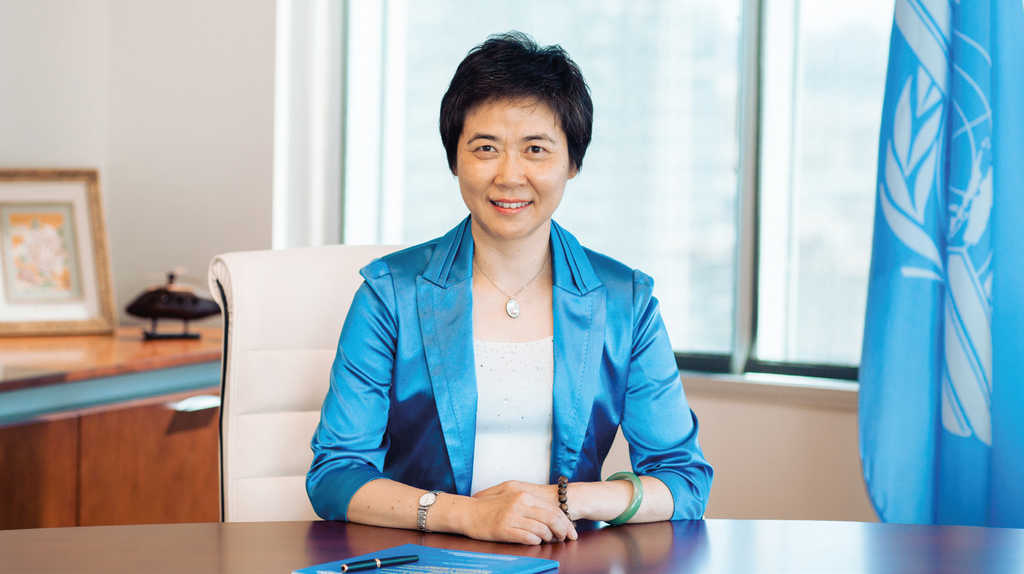 With regard to the implementation of United Nations Security Council Resolution 2309 on Threats to international peace and security caused by terrorist acts: Aviation security, in her remarks to the CTC, Dr. Liu presented recent progress in aviation security including amendments of Annex 17, addressing notably the insider threat, revisions of the Aviation Security Manual, and the third Global Aviation Security Symposium in 2019, focusing on innovation. She also underlined that during the 40th Session of the ICAO Assembly in 2019, States renewed their commitment to better address aviation security threats and manage risks by adopting a new Declaration on Aviation Security supporting UN Security Council Resolutions 2309, 2341, 2395, 2396 and 2482, and the first global Cybersecurity Strategy for Civil Aviation.

She also highlighted that “the 40th Assembly requested ICAO to enhance security awareness and culture, one of the five key priority of the Global Aviation Security Plan (GASeP), and we have therefore designated 2021 as the ‘Year of Security Culture’.” She furthermore welcomed CTC Member support and participation in the global programme of practical security culture events throughout 2021.

Regarding enhanced border security, Dr. Liu informed the CTC that “in line with Security Council resolution 2396, the ICAO Council adopted new Passenger Name Record (PNR) standards, by Amendment 28 to Annex 9 – Facilitation to the Chicago Convention”. The new PNR standards will become a mandatory international framework for the transfer and exchange of PNR data, helping States to prevent, detect, investigate and prosecute terrorist offences and other serious crimes.

In her closing remarks, Dr. Liu stressed the excellent cooperation with CTED and renewed ICAO’s commitment to provide experts to participate in CTED assessment missions, as well as other activities led by CTED under the UN Counter-Terrorism Global Compact Working Groups.

She also underlined successful cooperation with UN OCT on many counter-terrorism initiatives, in particular, the UN Counter Terrorist Travel Programme to assist Member States in enhancing their terrorist detection capabilities in line with UNSC 2396.

In conclusion of her speech, Dr. Liu underlined “I wish to warmly thank the Counter-Terrorism Committee, and call for maintaining your strong and invaluable political support to ICAO, reaffirming our leadership role and raising the profile of Aviation Security and Facilitation for all Member States”.

Dr. Liu’s opening remarks were echoed by Ms. Michèle Coninxs, the Assistant Secretary General, Executive Director, CTED, who thanked Dr Liu for her continued efforts to strengthen the already close partnership between CTED and ICAO, and in particular for ICAO’s participation in CTED country assessment visits on behalf of the CTC, during which ICAO Standards and recommended practices and guidance materials are routinely discussed and promoted.

Representatives from CTED and ICAO were joined in the main session of the briefing by representatives from the United Kingdom Department for Transport, the UN Office of Counter Terrorism (UNOCT), and INTERPOL, who contributed by providing their updates on related activities towards implementation of both UNSC resolutions.

CTC Members representing Belgium, France, Germany, Morocco, the Russian Federation, the United Kingdom, the United States, and the European Union congratulated ICAO and CTED on progress achieved since the last meeting. They also encouraged other UN Member States to further support both organizations in their efforts to strengthen Member States’ capacity to counter and mitigate terrorist threats to international civil aviation.