In his welcoming remarks, Dr. Aliu emphasized how “ICAO has relied on the Legal Committee to provide it with advice, studies and recommendations for its activities, since its inception, and to enable it to meet its objectives under the Convention on International Civil Aviation, which is the constitution of ICAO.”

The Council President also underscored the Committee’s key role in ICAO’s adoption of some twenty-four international air law instruments. A number of them, particularly those related to international aviation security, now belong to the most widely accepted codifications of international law.

The main theme underlying the deliberations at this session was modern technology and international air law. To this end, the Committee decided to establish a working group to consider issues relating to unmanned (pilotless) aircraft operations and their integration into civil aviation, with the aim to identify possible solutions within the framework of the Organization’s on-going work. It also agreed to address new challenges relating to sub-orbital flights and high altitude or stratospheric operations as well as those presented by cyber threats. 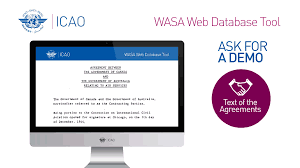 The Committee also recommended the publication of a manual on the legal aspects of unruly and disruptive passengers to take into account the changes brought about by the 2014 Montreal Protocol (amending the 1963 Tokyo Convention), as well as a compilation of ICAO provisions on conflicts of interest in civil aviation. New electronic platforms for aircraft registration and the provision of relevant data on the registration, ownership and control of aircraft were also envisaged.

The ICAO Legal Committee was established by the inaugural Session of the ICAO Assembly, in 1947. It is a permanent Committee of the Organization and is open to participation by all Member States.

Its 37th Session was attended by 168 Delegates, representing 70 States and eight International Organizations, and on this occasion it elected its new Chair and Vice-Chairs, with Mrs. Siew Huay Tan from Singapore being elected as the first woman to serve as the ICAO Legal Committee Chairperson.