ANC Talks: The Airbus A220 Aircraft

As part of their efforts to engage with industry and other stakeholders, ICAO’s Air Navigation Commission (ANC) began organizing ANC Talks. Earlier this month, ICAO invited Airbus to give insight into the new generation of aircraft, highlighting the A220 as one example.

The history of the A220 began in Canada in April 2004, when Bombardier launched a feasibility study into the C Series jet. In May 2005, the development of the C Series was estimated to be worth USD 2.1 billion. Three years later, in July 2008, the C Series Programme was officially launched by Bombardier during the Farnborough Airshow.

A decade after its launch, Airbus acquired a majority stake in the C Series Aircraft Limited Partnership, with Airbus owning a 50.01% majority stake, while Bombardier and Investissement Quebec owned approximately 34% and 16% respectively.  A few days later, the C Series was renamed Airbus A220. In February 2020, Bombardier exited the programme and Airbus increased its share to 75% while Investissement Quebec held the 25% balance. The new branding of the C-Series was intended to align the aircraft with the A320neo family that has proved hugely popular for Airbus. 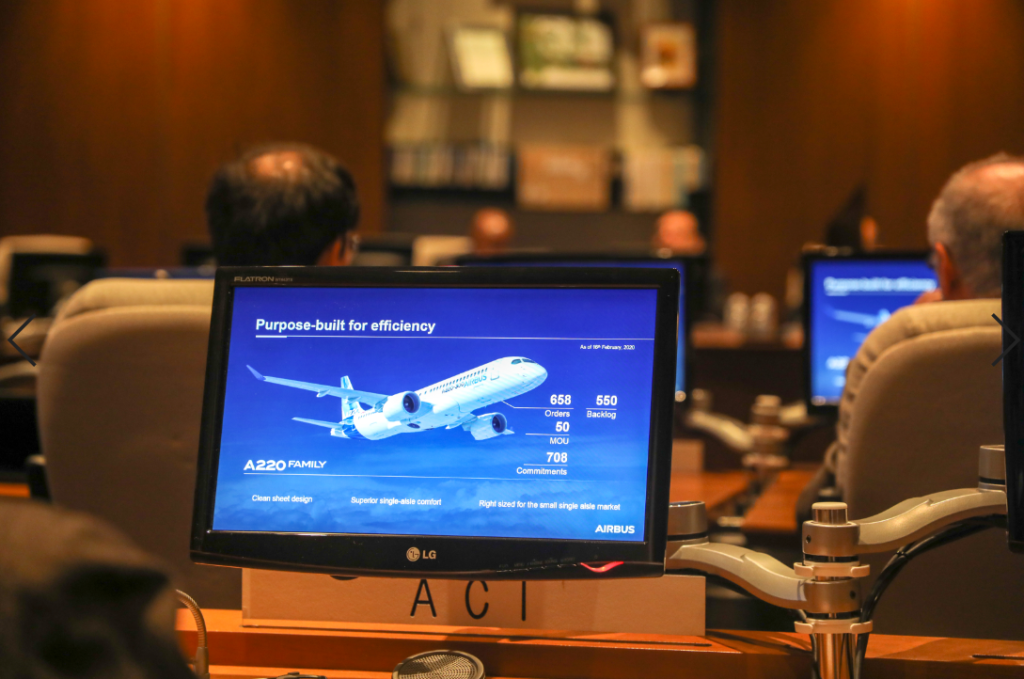 Airbus chose to invest in this aircraft because it believes it to be exceptional, with a very bright, long future. The entire company is involved, from the top, where the company’s CEO is chairman of the board, to the bottom. The A220 is fully integrated in Airbus, which allows Airbus to use its leverage in terms of procurement, cost reduction, sales leverage, customer service, and the certification process, to the advantage of the programme. There are today 700 commitments with 658 firm orders and a strong backlog at 550 aircraft. By 2025, Airbus expects to put 700 aircraft into service. While the challenge before Airbus acquired the A220 was building sales, the focus has shifted towards cost reduction.

The A220, with its efficient aerodynamics, advanced materials, new engines, simple, robust systems and superior cabin comfort, is revolutionary in many ways. The aircraft features a cabin with enough headroom to stand up, side stick flight controls and fly by wire technology. In addition, 20% of the materials are composite, with the advantage of lighter weight with high strength. Finally, the aircraft’s fuel burn is 20% lower than the market at the time it was conceived and it turned out to be 4% better than the stated objective once in service. About 55% of such savings come directly from the engine and the other 45% come from a combination of aerodynamics and less weight. 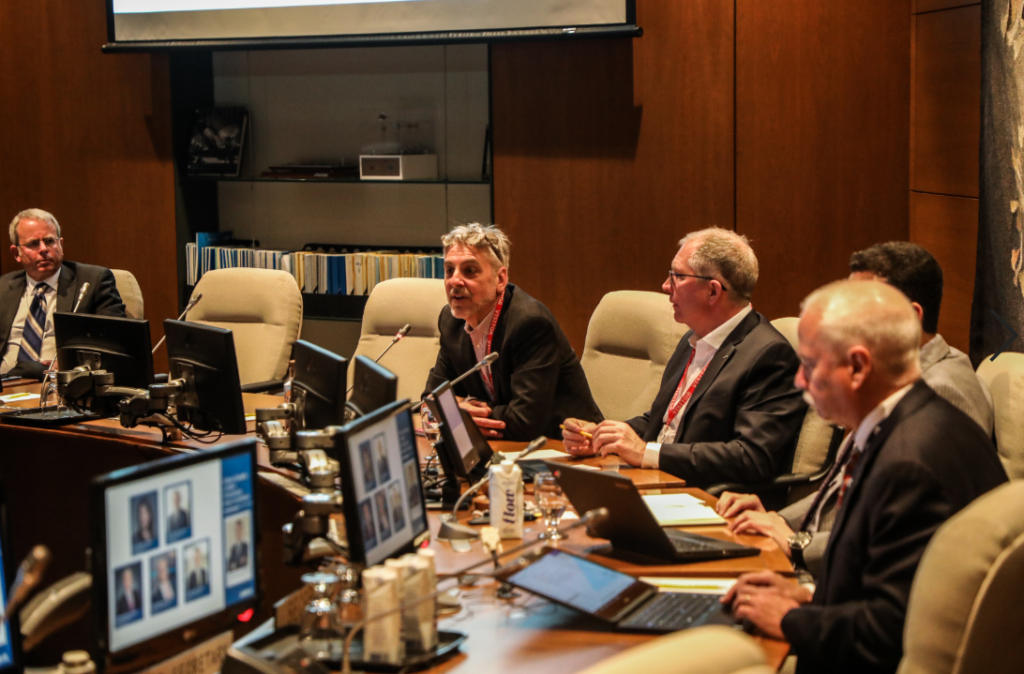 As a single-aisle aircraft specifically designed for the 100-150 seat market and able to fly 3,400 nautical miles, the A220 has been built to fly great distances and serve point to point routes that are not feasible with a larger aircraft. The A220 is also able to land on shorter runways or at difficult to access airports, making it possible for the aircraft to service smaller airports in underserved destinations. This makes the A220 a serious contender for the future of short to mid-haul flights while focusing, as mentioned above, on the passengers’ experience.

One relevant point raised during discussions involved the strong emphasis that its conceivers have put on environmental factors. By looking to have the lowest environmental footprint, the A220 programme also put together a lifecycle model that factored weight, fuel burn, emissions and recyclability. In other words, the lifecycle looks at the footprint of the product from conception to recycling or end of life. In addition to maintaining low rates of emission, the A220 is also the quietest commercial jet in production with half the noise footprint enabled by twin Pratt & Whitney PurePower PW1500G geared turbofan engines specifically designed for the aircraft. 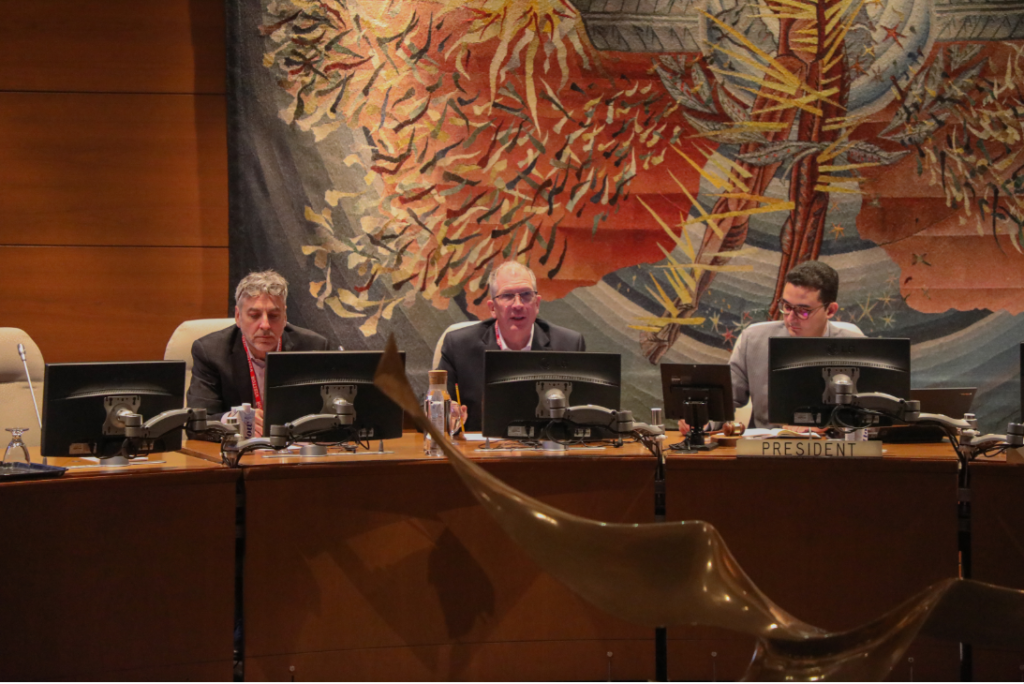 Airbus reminded that Airbus Canada Limited is a Canadian corporation and that the programme is, and will continue to be, located in Mirabel, with its management, headquarter activity and support functions operating there. When Airbus took over the programme, the company’s CEO declared that Canada is now the fifth home country to Airbus, along with France, Germany, the United Kingdom and Spain.

Finally, Airbus shared its vision to collaborate closely with regulatory bodies and international organizations, particularly ICAO, in order to ensure that Standards and Recommended Practices (SARPs) are in line with the pace of the industry. Airbus considers that the more both can align, the faster the industry will be able to comply.