Extending ICAO’s deep appreciation for the many regional aviation organizations it works so closely with in Europe, our Secretary General, Dr. Fang Liu, delivered a comprehensive keynote address to the 66th Special Meeting of Directors General of Civil Aviation for the European Civil Aviation Conference (ECAC).

Highlighting a wide range of current and emerging issues for European civil aviation, and the global air transport sector at large, Dr. Liu especially noted that capacity challenges would be of particular interest to European governments, and that continuous increases in traffic volumes are making the goal of ensuring maximum operational capacity and efficiency increasingly complex. 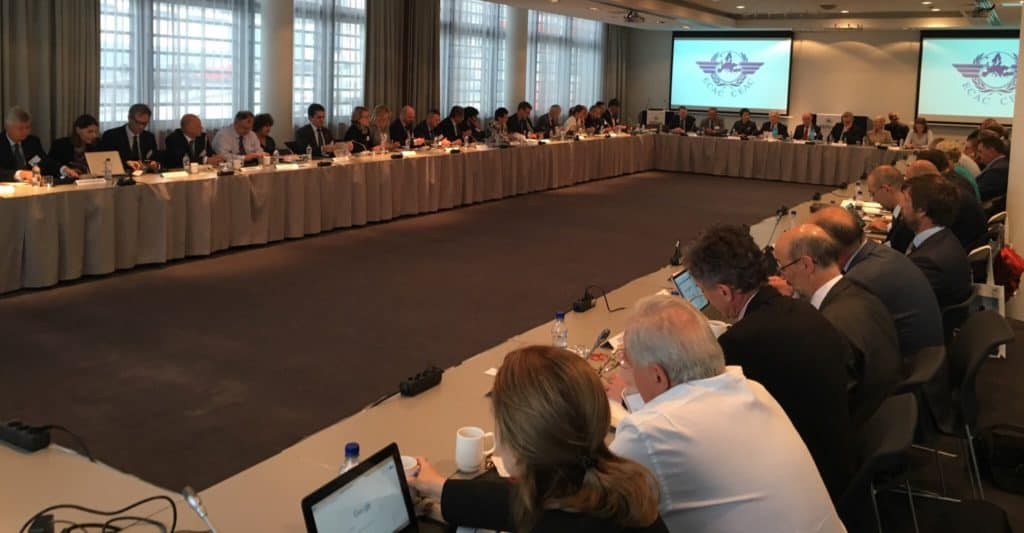 The Secretary General also updated her European audience on the progress being seen on the aviation emissions offsetting agreement, CORSIA, agreed to by States at ICAO’s 39th Assembly last October. The UN agency is presently conducting global outreach to raise awareness on the programme, and is resolving its Monitoring, Reporting and Verification system, amongst other technical requirements.

“I am tremendously encouraged that countries representing almost 90 per cent of international flight operations, including all of the ECAC and EU States, have already committed to participate in the CORSIA from its earliest pilot phase,” Dr. Liu commented.

During her stay in Reykjavik, Dr. Liu met with Iceland’s President Mr. Guðni Th. Jóhannesson during  the reception. She also met with Iceland’s Permanent Secretary of its Ministry of Transport and Local Government, Mrs. Ragnhildur Hjaltadottir, and  the State’s main air navigation service provider ISAVIA.

Permanent Secretary Hjaltadottir expressed how important ICAO is to Iceland’s aviation sector, while Dr. Liu explained how the State’s increasing aviation connectivity with other countries and regions would bring improved and sustainable economic growth to the benefit of Icelandic citizens and companies. Dr. Liu stressed in this regard that a key requirement to optimize these prosperity benefits would be to ensure adequate financial and human resources for the State’s Civil Aviation Authority, and enhanced compliance with ICAO global standards and policies over the longer term. She also suggested Iceland incorporate aviation capacity and modernization requirements in the State’s National Development Plan.

Dr. Liu also thanked Iceland for its continued leadership on volcanic ash exercises and contingency plans for the ICAO European and North Atlantic Regions, and highlighted key emerging issues its government should remain cognizant of going forward, such as unmanned aircraft systems and cybersecurity preparedness.

Permanent Secretary Hjaltadottir confirmed to Dr. Liu  Iceland’s commitment to the development of civil aviation and the recognition of aviation development priorities in its National Development Plan. She agreed to look into the needs of its Civil Aviation Authority and provide sufficient resources She responded  that the State  look towards establishing closer cooperation with ICAO in support of ongoing CORSIA implementation, including through training and capacity building initiatives for developing countries. Iceland also concurred favourably with Dr. Liu’s  proposal to consider seconding experts to ICAO, and to strengthen its cooperation with the UN agency regarding volcanic ash issues and participation in ICAO meetings.