In his opening remarks to the Seminar, the President of the Council of ICAO, Dr. Olumuyiwa Benard Aliu, emphasized that “the fact that the CORSIA SARPs have been produced in such an accelerated manner should be seen as a testament to its perception as a key climate change mitigation priority for States. A great deal of consensus has been achieved around CORSIA not only among national governments, but also industry and other stakeholders.”

In her closing remarks, ICAO Secretary General Dr. Fang Liu stressed that “It is important for everyone to recall that the ACT CORSIA objectives cannot be achieved solely by the ICAO Secretariat. States, industry must commit to it together in order to ensure that the CORSIA goals and objectives are fully met. ICAO is deeply grateful to our Member States which have already committed to providing CORSIA assistance, and we look forward to more coming forward in the weeks and months ahead.”

With respect to the new ‘ACT CORSIA’ capacity-building initiative the Director of ICAO’s Air Transport Bureau, Mr. Boubacar Djibo, underscored that “related capacity building efforts and partnerships must be strengthened in order for ICAO Member States to implement what is needed in such a short amount of time.”

He explained that ACT CORSIA will help countries work together to provide training for national aviation experts on the CORSIA Monitoring, Reporting and Verification (MRV) provisions and implementation tools, and also to help them make needed adaptations to their national regulatory frameworks.

During a panel discussion at the seminar, State representatives reiterated the importance of keeping the CORSIA timeline on track, and their willingness to support partner countries with necessary preparatory actions. 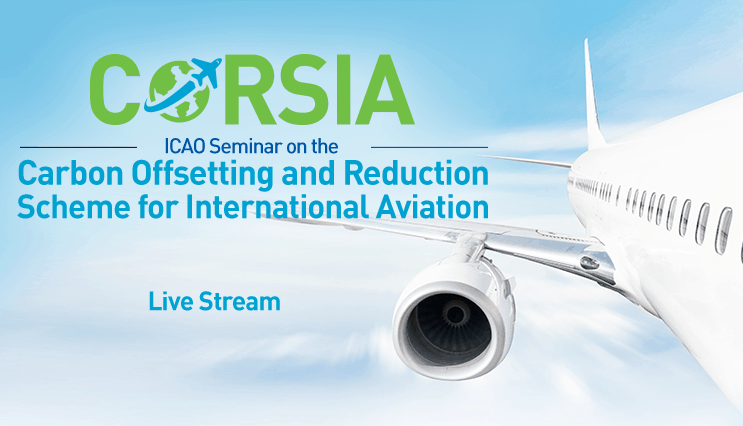