A message from Jane Hupe, the Deputy Director of Environment in the Air Transport Bureau at ICAO and the Secretary of the Committee on Aviation Environmental Protection (CAEP)

With the unprecedented progress and pace of change in finding sustainable solutions, we are living a very special time in history. This is also the case for international aviation, driven by key decisions from ICAO Member States, technology, and societal expectations.

Aviation has been in the spotlight of climate crisis discussions. The new generation is looking very closely at their individual footprint and though significant progress has been made by the industry, there is still a long way to go in achieving a zero carbon footprint on a long haul flight. Nevertheless, the prospects are very exciting.

Operating costs were between 50 and 80 per cent lower than combustion engines, promising a mutually beneficial situation. These batteries can provide about 45 minutes of flying time. Industry expectation is that this capacity will increase to one to two hours as battery technology improves over the next few years.

I will come back later to the energy transition we expected for the aviation sector. But make no mistake – as with trains and cars, the source of energy is a crucial factor. On environmental grounds, there is no point of developing electric aircraft that will have their batteries charged with energy generated from coal. That is why this discussion transcends specific sectors and activities and has to be inclusive and transparent.

But let me structure this article around three questions.

First: What is the specific aviation contribution to manmade CO2? 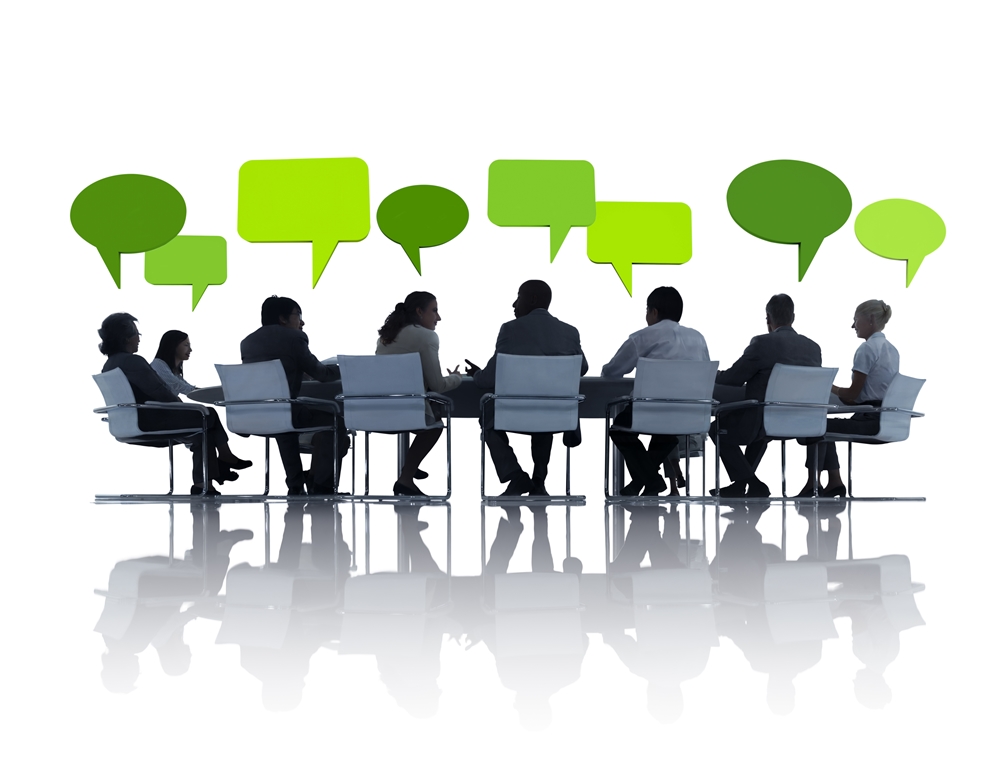 The second question would be: What are we doing about it?

In 2010, ICAO adopted two sectoral aspirational goals: 2% annual fuel efficiency improvement, and carbon-neutral growth from 2020 onwards. Ten years ago, international aviation became the first sector that committed to carbon-neutral growth. And those were not words in the wind; the year that just started is a milestone for aviation as it marks the realization of this commitment.

A concrete strategy has been put in place to achieve this goal. ICAO has developed a basket of measures, consisting of a set of actions to mitigate CO2 emissions, including aircraft new technologies, air traffic management and operational improvements, and sustainable aviation fuels. The main objective was to achieve the necessary CO2 emissions reductions within the sector to the extent possible. In addition, acknowledging that these measures alone are not enough to meet carbon-neutral growth from 2020, ICAO adopted CORSIA in 2016.

CORSIA is the global Carbon Offsetting and Reduction Scheme for International Aviation, the first global market-based measure for any industry sector. Standards and Recommended Practices (SARPs) for the implementation of CORSIA, developed by the ICAO Council, became effective in October 2018 and applicable on 1 January 2019. CORSIA would not be on track if it were not for an unprecedented Assistance, Capacity-building and Training programme: ACT-CORSIA, based on Buddy Partnerships with the participation of more than 120 States in all regions.

These Buddy Partnerships allowed for the national regulations and procedures to comply with CORSIA to be adopted by States and Operators in record time. This is just one example of the size of action being taken by the aviation sector when it moves collectively under the direction of ICAO.

Regarding in-sector emissions reductions, the energy transition we are witnessing today is enabling aviation to explore new clean sources of energy that would enable a truly sustainable future. 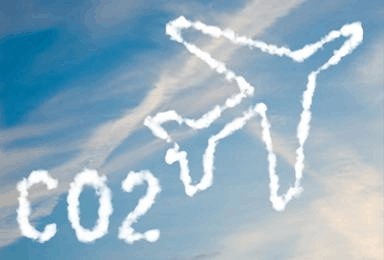 Aviation infrastructure is switching to renewable energies that come from solar panels, wind turbines and geothermal energy. Some of these can be deployed directly at airports. Indianapolis airport has the largest airport solar farm in the world with 76,000 solar panels.  In the Netherlands, airports are switching to 100% wind energy. Solar-at-Gate pilot projects in Cameroon and Kenya, implemented by ICAO through external funding, allow aircraft to avoid the use of fossil fuels while on the ground. What we are aiming now is at replicating these projects throughout Africa.

Innovation is also in the air.  To ensure the latest technologies are used in aircraft designs, the first ICAO CO2 certification standard for aeroplanes was adopted in 2017, contributing to incentivize new technologies and innovations to reduce aviation CO2 emissions at source.

As mentioned at the beginning of this article, innovation is key and there are no silver bullets. One important research area is new propulsion technologies. In 2016 a consortium successfully flew the world’s first four-seater passenger aircraft powered solely by a hydrogen fuel cell and electric propulsion – the HY4. While technical challenges exist, the electrification of aircraft is an exciting prospect in the future. Operational and navigation improvements are also key to reducing unnecessary fuel burn. More direct flights, or even real-time flights in formation, mimicking the flight dynamics of a flock of birds, are very inspiring, and these can all add up to 10% reduction in CO2 during cruise. But it will be the use of clean energy to fly that will make the biggest difference in the immediate term, that means focusing on sustainable aviation fuels which have the potential to cut aviation carbon footprint by up to 80%.

Today more than 220,000 commercial flights have been powered by sustainable fuels. Six fuel production pathways have already been certified. Various feedstocks are being used, such as sugar crops, waste, used cooking oil, or agriculture and forest residues.

Production facilities started supplying airports in Europe and North America in 2016. By early 2020, there were 14 sustainable fuel production facilities under construction globally. Although promising, these facilities alone will be able to satisfy only about 2% of the global aviation fuel demand by 2025. Some airlines introduced self-imposed commitment for the use of more than 15% of sustainable fuels by 2030. It is therefore clear that a significant scaling up of production of SAF is needed. An effort on a global scale to ensure that both developed and developing countries have the capacity to deliver biofuel solutions as a viable and sustainable option for aeroplanes will be necessary to satisfy this anticipated higher fuel demand in the future.

Some stakeholders have developed incentives programmes to finance these fuels directly. CORSIA for example includes the possibility of deducting the CO2 lifecycle benefits accrued from the use of such fuels. CORSIA was the first concrete international policy to incentivize the use of such fuels in air transport. 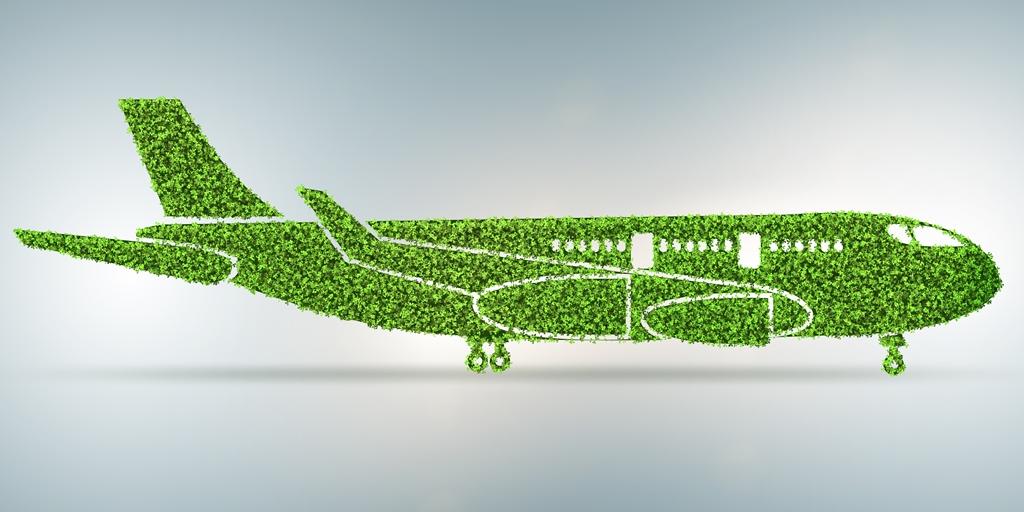 My third and final question would be: Is this enough?

We still have a long way to go. Although aviation is a technology-driven activity and today’s pace of innovation is unprecedented, the sector relies on long term planning strategies for financing its investments.

The gradual electrification of aircraft is already happening. We expect that there will be some urban transport flying systems in the next two years. The first flight of a full electric business aircraft is planned in 2020. A manufacturer partnership is expecting to perform the first test flight of a regional hybrid-electric aircraft by 2021. Hybrid electric aircraft are being researched and considered by the major manufacturers to enter into service around 2030.

At the recent ICAO Assembly in October 2019, Member States reaffirmed the need to continue exploring the feasibility of a long-term global aspirational goal for international aviation and we are working on it. Great potential comes with great hope for the future, but also with hard work.  While ICAO and our Member States will successfully achieve our mid-term commitment for carbon-neutral growth from 2020, we will be embarking on the construct of a long-term vision for sustainable aviation.

Next steps involve the identification and evaluation of existing, foreseen, and innovative in-sector measures (technology, operations and fuels, and their enablers) that could potentially contribute to reducing CO2 emissions from international civil aviation in a longer-term. Over the next triennium, starting from the ICAO Stocktaking Seminar in April 2020, all stakeholders will be invited to the data gathering process in a transparent and inclusive manner. The questionnaires are already on the ICAO website and the stocktaking process is well on its way.

All these developments and expected achievements are very exciting and reassure us of the possibility for a bright aviation sustainable future.