The key environmental protection outcomes at the 40th ICAO Assembly

I mportant civil aviation Environmental Protection outcomes were established this year at the 40th ICAO Assembly, including the strengthening of international resolve to move forward on the implementation of the CORSIA emissions offsetting solution for international flights and the basket of measures of environmental protection to reduce emissions.

States’ decisions relevant to CORSIA included advancing work supporting CORSIA-eligible fuels and emissions units, progressing the structure of the CORSIA central registry, and the continuation of ICAO’s ACT CORSIA capacity-building initiative, which has been of tremendous assistance to many national governments.

With the 40th Assembly taking place during a period characterized by the world’s largest-ever climate marches—including one which passed right before ICAO’s doorstep on 27 September led by Swedish activist Greta Thunberg—it was recognized as an encouraging signal that governments reconfirm their resolve in support of the CORSIA global offsetting solution.

While highlighting the successful adoption of the new fourth volume to Annex 16, and the ICAO-driven development and implementation of 116 State Action Plans to reduce aviation-related CO2 emissions, further ICAO Assembly decisions called for prioritization of a long-term global aspirational goal for international aviation CO2 emissions reduction, and the need for further elaboration of the 2050 ICAO Vision on Sustainable Aviation Fuel.

At the conclusion of the 40th Assembly on Friday evening, States acknowledged the crucial leadership of the President of the ICAO Council, Dr. Olumuyiwa Benard Aliu, towards achieving these outcomes. A number of States took the floor of the Assembly to stress the importance of an inclusive and sustainable approach to the development of the global civil aviation system, and thanked Dr. Aliu for his personal commitment in this regard.

During this Assembly ICAO Environment Officer Manuel Caballero provided an overview of the global effort to implement CORSIA, including the provision of assistance through the ACT-CORSIA buddy partnerships Programme. He also outlined the next steps to be taken to ensure that CORSIA implementation remains on track and successful. You can watch his presentation here:

The new World Civil Aviation Report is a celebration edition of ICAO’s 75th anniversary. The Report reviews how ICAO and its Member States are tackling today’s most pressing civil aviation challenges. Some of the topics explored include the usage of unmanned aircraft, the ability to continuously track commercial aircraft over oceanic areas, reduction of CO2 emissions by international air transport. 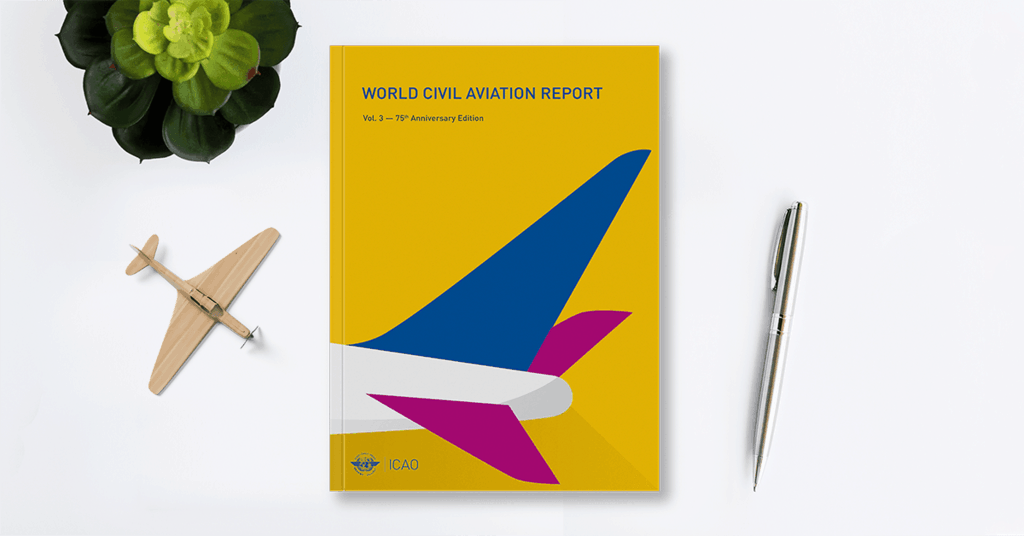