Dr. Aliu broached these and other topics, including the key issues to be addressed at ICAO’s upcoming 40th Assembly this September, during bilateral discussions with Mr. Henrik Hololei, Director General for Mobility and Transport at the European Commission and with Mr. Patrick Ky, Executive Director of the European Aviation Safety Agency (EASA) and other senior EASA officials.

On the topic of aviation innovation, Dr. Aliu stressed to his EASA audience that “As aviation’s standard setter, it behoves ICAO to anticipate, enable, and guide the evolution these developments are now driving. We must help to foster innovation in all its forms, but at the same time safeguard the basic interoperability that has made air transport such an incredible force for peace, prosperity, and economic growth in the world.”

He also focused on the current progress of ICAO’s CORSIA offsetting initiative, and expressed his concerns regarding environmental taxes that some countries are either considering or have already started introducing in Europe. He warned that these moves could ultimately be counterproductive to the successful global implementation of the international CORSIA initiative.

During the EASA discussions, the Council President expressed ICAO’s gratitude for the recent work the European Agency has carried out in areas such as the extension of the age limit for commercial pilots, the establishment of safety management standards for European countries, and for the EASA experts which are presently assisting ICAO in its Safety Indicator Study Group.

Later in Athens, while delivering the keynote address to the high-level Hermes Air Transport 2019 Leader’s Forum, Dr. Aliu highlighted the current rate of traffic growth confronting global aviation and the many challenges it poses for the next generation of aviation pilots, technical specialists, managers and leaders, stressing that “while this growth in connectivity is highly beneficial to global socio-economic prosperity, it also carries with it some critical challenges given that increasing flight and passenger volumes need to be properly assessed and managed to maintain the historically remarkable safety and efficiency of our network.”

“This is why the enhancement of regulatory capacity, and the modernization of aviation infrastructure and human resources development approaches, has become critical and why we needed to prioritize the effective alignment of national and regional aviation development plans with ICAO’s Global Plans,” Dr. Aliu emphasized.

During the Forum, Dr, Aliu was honoured to receive the Hermes Air Transport Leader of The Year Award from Dr. Kostas Iatrou, Director General of Hermes Air Transport Organisation, noting in his acceptance speech that the aviation community today benefits from many excellent leaders, most of whom were present at the Hermes event. Dr. Aliu took time to share the honour of the award with “ICAO’s very dedicated Council Representatives, as well as with the various Air Navigation Commissioners, Secretariat staff, and Member State experts who have all helped ICAO become a more dynamic driver of air transport progress in recent years.” 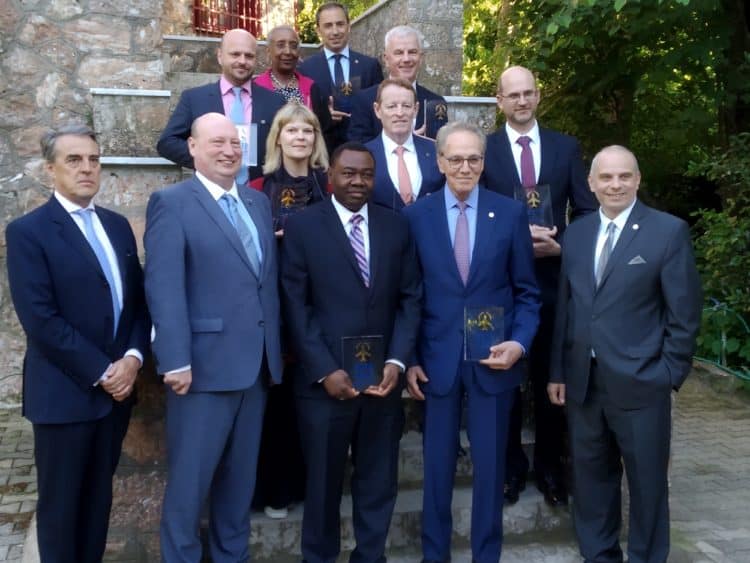 The Council President encouraged the heads of the International Air Transport Association (IATA), Airports Council International (ACI), and the Civil Air Navigation Services Organisation (CANSO), all of whom were in attendance, to participate in the Innovation Fair and Exhibition that ICAO is currently organizing as part of its Fifth World Aviation Forum on Air Transport (IWAF/5) to be held on 23 September 2019, the eve of its Triennial Assembly.