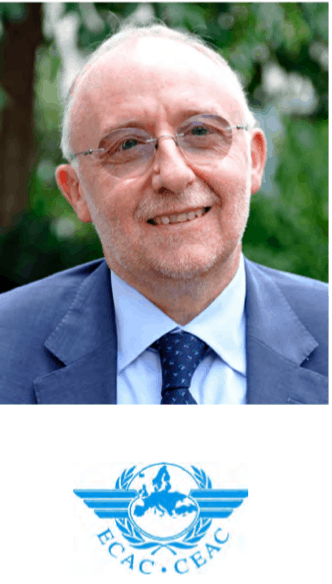 Only a few days ago, from 31 August to 2 September, Directors General of the European Civil Aviation Conference (ECAC) held in Reykjavik their annual Special meeting hosted by an ECAC Member State. On this occasion, ICAO Secretary General Dr. Fang Liu reiterated the critical role played by regional organizations in the progress of global aviation under the umbrella of ICAO. “Regional meetings such as this one are critical to maintaining the cooperation and coordination which has been the hallmark of air transport progress since the dawn of civil aviation” she stated in her keynote address.

ECAC has indeed been privileged to welcome the President of the Council of ICAO at meetings such as the Triennial Session, and the Secretary General has regularly addressed Directors General at their annual Special meeting, in addition to actively contributing to various ECAC events, like the recent ECAC/EU Dialogue with the air transport industry held in June. This open channel of communication between the ICAO President and Secretary General and ECAC Directors General has enabled many fruitful discussions on the challenges facing our sector.

The creation of ECAC and its 60-year history are themselves closely intertwined with that of ICAO. In fact, ICAO played a crucial role in the establishment of ECAC. ICAO promoted its creation in 1955 and adopted an Assembly Resolution in 1956 with the objective of supporting ECAC, including through the provision of secretariat services. This relationship has been strengthened over the years at both global and regional level.

Variety of roles, convergence of objectives

Hence, ECAC has its own work programme. Of course, it is aligned with the main streams of ICAO’s strategic objectives. However, it is based on the needs of its Member States that, on a number of issues, reach beyond the objectives of ICAO, which must take into consideration the challenges and requirements at the global level.

Nevertheless, the several cooperation arrangements signed between our two organizations over the years confirm the convergence of our aims. In particular, the Memorandum of Cooperation signed by the Secretary General of ICAO and the President of ECAC in 2010 should be mentioned as it demonstrates ICAO and ECAC’s commitment to strengthen their relationship in the field of safety, security and the environment for the benefit of international civil aviation.

Beyond the administrative arrangements, which also include ‘hosting’ ECAC in the EUR/NAT premises, the Executive Secretary of ECAC and the Director of the EUR/NAT Office signed a Cooperation Arrangement in 2012 to support the implementation of the objectives of the Memorandum of Cooperation signed in 2010. Some of the measures foreseen in order to achieve the objectives of these agreements encompass regular dialogue, consultation and information sharing, joint capacity-building initiatives and participation in reciprocal meetings.

For instance, it has become customary to invite the EUR/NAT Regional Director to present the latest developments taking place in the ICAO EUR region at meetings of ECAC Directors General. This contribution allows for discussion on the initiatives taken by both organizations, with the aim of complementing one another and avoiding overlaps.

In 2014 and 2016, ECAC and the EUR/NAT Office joined forces to organize two security seminars for the Mediterranean States, in Paris, and a third joint edition will be organized in the near future.

At the expert level, EUR/NAT security experts are regularly invited to attend the ECAC Security Forum. On a reciprocal basis, ECAC security experts are invited to AVSEC events organised by EUR/NAT. Additionally, the EU project ECAC is implementing in partnership with EASA that aims at upgrading the safety and security standards in the Eastern Partnership countries and Central Asia (i.e. involving some non-ECAC countries that are part of the EUR/NAT region) offers the opportunity for similar cooperation through the participation of EUR/NAT experts in some of the workshops organised by ECAC. Finally, a closer relationship has been established recently   an exchange of information on health matters. I refer to the ECAC workshop on health matters in civil aviation to be held in Barcelona in October that will offer the opportunity to exchange and share knowledge and good practice on ICAO’s Collaborative Arrangement for the Prevention and Management of Public Health Events in Civil Aviation (CAPSCA), thanks to the participation of an expert from the ICAO EUR/NAT Office.

These examples demonstrate how a close cooperation between a regional organization such as ECAC, and an ICAO Regional Office such as the EUR/NAT Office, when rooted in reciprocity and complementarity, has the potential to bring all of us closer to our common goals and vision: a safe, secure, sustainable and prosperous civil aviation system.

He was also a member of the Management Board of EASA and Vice President of the Provisional Council of EUROCONTROL.