The President of ICAO’s Council, Dr. Olumuyiwa Benard Aliu, declared that the UN agency’s No Country Left Behind initiative has successfully resulted in heightened cooperation with States and established a crucial momentum for further progress. 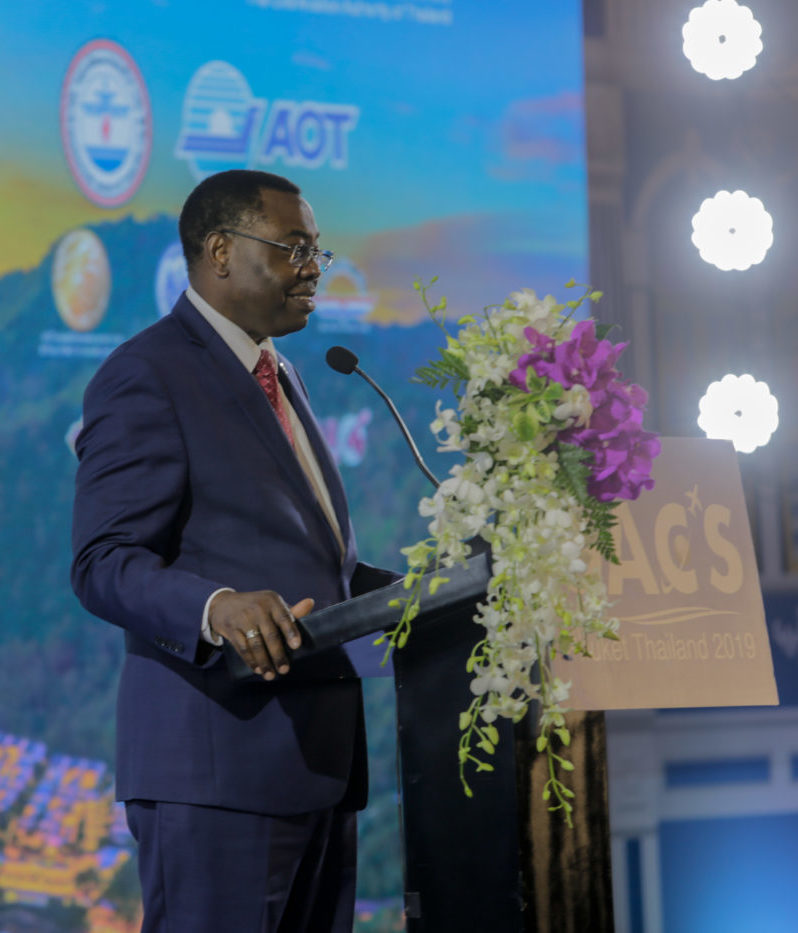 He delivered these remarks at the opening of the 2019 ICAO Global Aviation Cooperation Symposium in Phuket, setting the stage both for a significant bilateral meeting with Mr. Prayut Chan-o-cha, the Prime Minister of Thailand, and for the Symposium’s fruitful outcomes.

“By working together, we have seen significant improvements in SARP [Standards and Recommended Practices] implementation in every ICAO Region, and many States have been able to establish effective regulatory oversight systems and more robust predictive analysis and risk management capabilities,” Dr. Aliu said, pointing to the particularly significant role of ICAO’s Technical Cooperation Bureau in this regard. “For many States, their only hope of achieving the global objectives of sustainable and orderly development of civil aviation is to cooperate through an Organization such as ICAO. They do so because we have the expertise and network needed to help States to overcome their challenges and achieve their goals.”

In support of these efforts, the President also highlighted ICAO’s efforts to attract and optimize investments in the global civil aviation network, which are focusing on the effective structuring of national business cases for aviation development, and on new means of mobilizing dependable financing for new or modernized aviation infrastructure.

“Every dollar invested in aviation creates positive returns in other areas of an economy, just as every job it creates directly leads to further employment growth in other sectors,” Dr. Aliu remarked. “As a result, it is in our collective best interests to ensure that these and other air transport benefits are shared by all nations and all societies as fully and as equally as possible.” 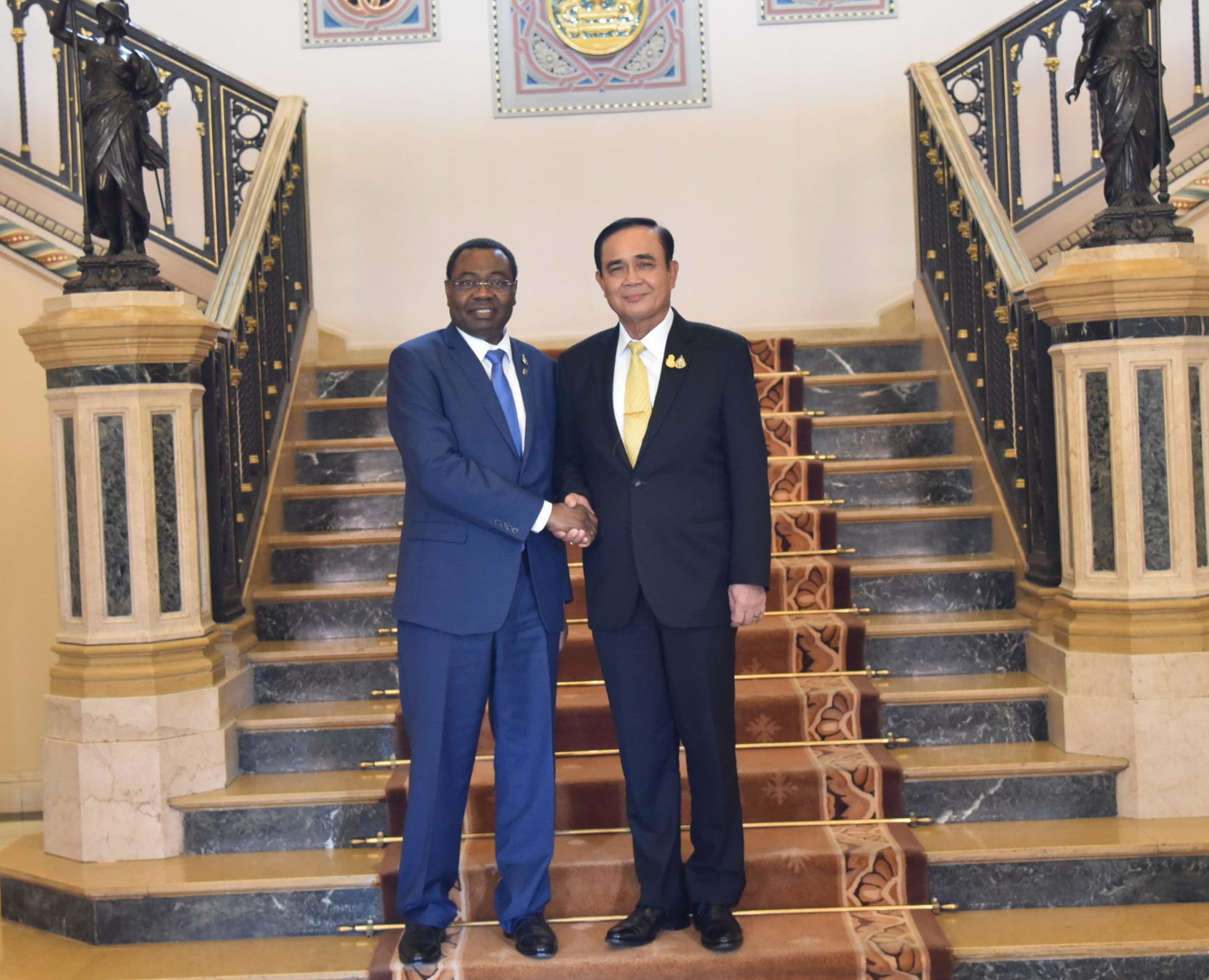 The President’s bilateral meeting with the Prime Minister of Thailand provided an opportunity to illustrate these points through Thailand’s own very successful cooperative initiatives and efforts. Thailand’s success has been demonstrated through the outcome of a recent ICAO safety audit, which indicated major improvements in terms of ICAO compliance. In return, the Prime Minister expressed his satisfaction with the support Thailand has received from ICAO’s Asia-Pacific Regional Office, and reaffirmed his commitment to fully support ICAO initiatives in the region, particularly in regard to the strategic development of Thailand’s aviation sector and international air connectivity. 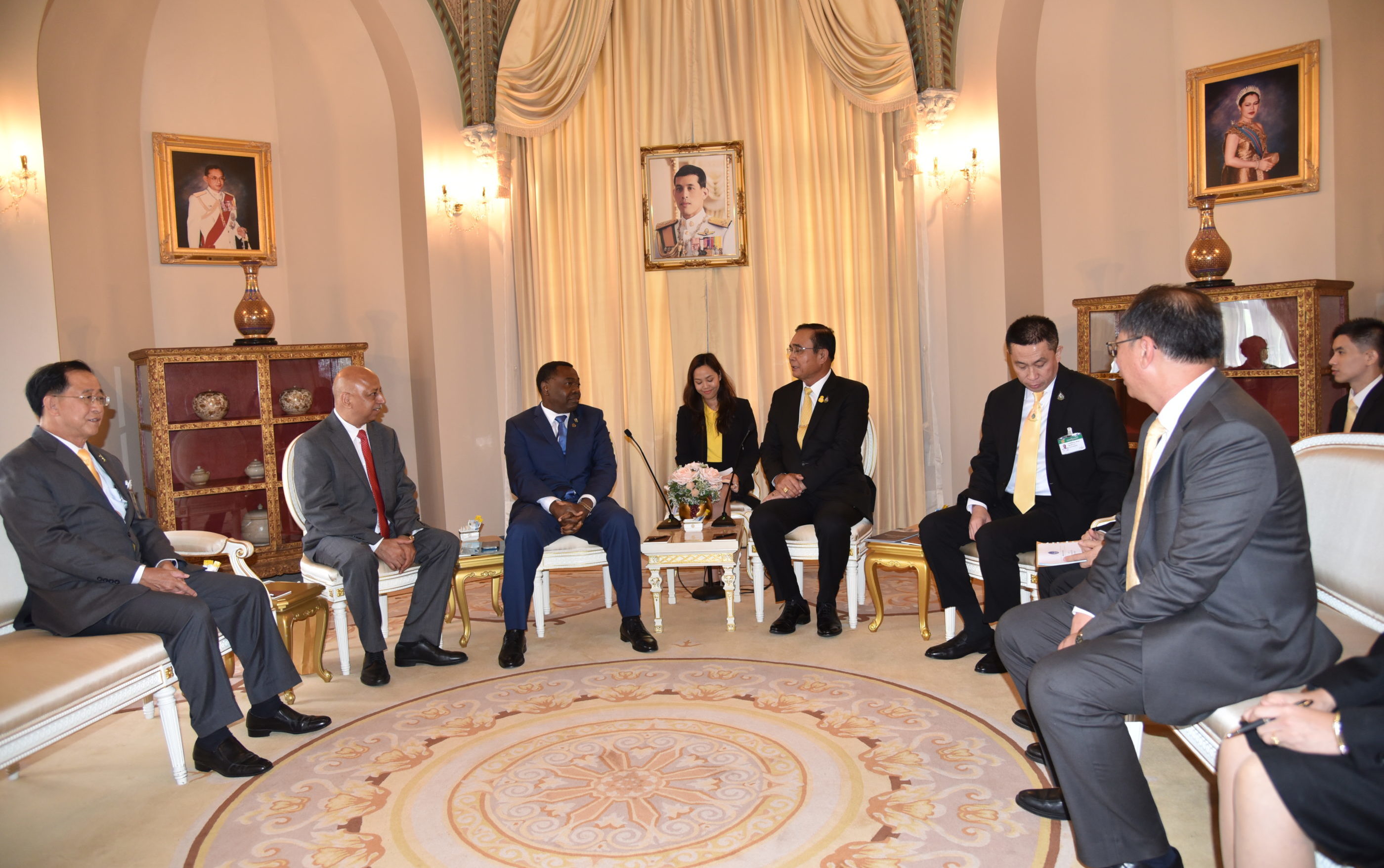 Throughout his mission to Thailand, Dr Aliu was accompanied by the Director of ICAO’s Technical Cooperation Bureau, Mr. Jorge Vargas and the ICAO Regional Director for the Asia and Pacific Office Mr. Arun Mishra. It concluded on 27 July 2019.