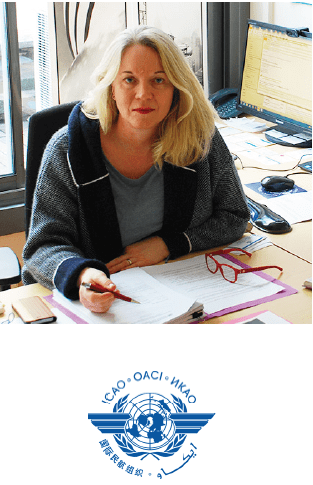 In view of the evolving terrorist threat and its new dimension it was considered necessary to take the ICAO Comprehensive Security Strategy (ICASS) which served as ICAO’s primary aviation security programme framework for two triennia (2011-2016) to the next level. The 39th Assembly tasked the Aviation Security Panel to develop a Global Aviation Security Plan (GASeP) using ICASS as a basis. The GASeP shall serve as the future global framework for aviation security and was approved at the seventh meeting of the 212th Session of the ICAO Council (212/7) on 10 November 2017. The GASeP demonstrated a shift from an ICAOfocused strategy to an ambitious goal-based plan that commits ICAO, States and industry collectively to significantly improve aviation security by 2030.

The aims and objectives of the GASeP can only be achieved if the international aviation security community is fully aware of and committed to the Plan. In this regard, the role of ICAO is crucial in raising global awareness and securing commitment through regional aviation security conferences. Two conferences have already been convened (in Sharm El Sheikh, Egypt for Middle East and Africa and in Bangkok, Thailand for Asia and Pacific Regions) and two more are scheduled for 2018, one for the Americas and one for the European and North Atlantic (EUR/NAT) Regions.

The conference will present a unique opportunity for all participants to share information and to learn from one another in aligning national/regional plans and strategies with the GASeP. The conference will also promote shared accountability for regional priorities, taking into account regional challenges, threat and risk picture or regional infrastructure. Furthermore it is an excellent occasion for networking that will allow ICAO to take into account regional issues and approaches to aviation security and build consensus on critical priorities.

Like all regional conferences, the Conference for the EUR/NAT Regions will discuss a Regional Roadmap that reflects aviation security priorities for EUR/NAT and will conclude with the adoption of the Regional Roadmap.

For the successful achievement of the GASeP goals and targets, it is crucial to include this in regional mechanisms, plans and strategies. The Regional Conference in Lisbon is an opportunity to develop a regional aviation security awareness which will leave no country behind.

Cornelia Ludorf has been working in aviation since 1988. She first worked for Swissair for 13 years in different positions, inter alia as Manager Facilitation. Later she moved to the Swiss government and served as head of the AVSEC implementation section in the Swiss Federal Office for Civil Aviation. Mrs. Ludorf joined ICAO in 2007, working at ICAO HQ in Montreal in the Implementation Support and Development Section of the Aviation Security (AVSEC) Branch. She was responsible for the global network of Aviation Security Training Centers (ASTCs), as well as an AVSEC instructor and served in assistance missions. In February 2012, Mrs. Ludorf became Regional Officer, Aviation Security and Facilitation, at the ICAO European and North Atlantic (EUR/ NAT) Office in Paris, supporting the 56 States to which the Paris Office is accredited, in the implementation of Annex 17 and Annex 9 requirements.