In recent months laptops and other portable electronic devices (PEDs) have been highlighted as a risk to aircraft and passenger security because of the threat of improvised explosive devices being concealed in them. As a result, some countries have imposed restrictions on the ability of passengers to carry these items with them into the aircraft cabin. ICAO is reviewing the combined security and safety risks to ensure a balanced and effective response on behalf of aviation globally.

“We recognize that the number of business and pleasure travellers wishing to carry their laptops or other devices into aircraft in the years ahead will continue to increase, with those devices becoming more and more important to their productivity and social needs,” President Aliu highlighted. “Our guiding priority in the ICAO Council, when we review this matter this fall during our 212th Session, will be to ensure that all related security and safety risks are fully considered and prudently balanced.” 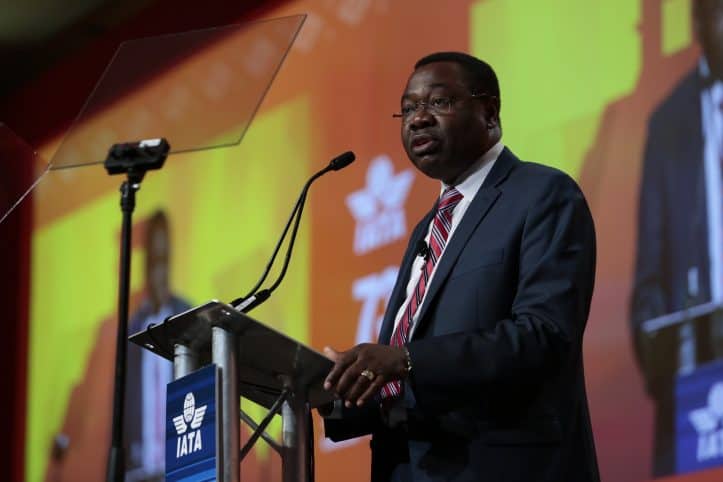 “ICAO has established a Multidisciplinary Cargo Safety Group to consider the combined safety, security and facilitation aspects of this issue,” the President continued, “at the end of May our Aviation Security Panel recommended a new Task Force be established to further review the security risks from improvised explosive devices which can be concealed in passenger devices. We are working rapidly to ensure this work will be completed in time to permit the Council’s comprehensive review later this year.”

ICAO helps to coordinate global responses to aviation security risks. Last October, at its 39th Assembly, States asked that it develop a new Global Aviation Security Plan to aid those efforts. The first draft of the new global plan was endorsed by the recent Aviation Security Panel meeting. The conclusions will be made available for review by the ICAO Council later this month.

While speaking on security at the IATA AGM, President Aliu also highlighted that cybersecurity continues to be a matter of serious concern to the air transport sector, which began coordinating its threat assessments and response planning several years ago.

He stressed to the IATA airline CEOs that “The definition of this threat context is especially relevant today, given that new System-wide Information Management (SWIM) provisions will begin to come into force as of 2018, making us more connected and integrated as a global network than ever before.”

These and many other issues will be at the top of the agenda when ICAO convenes its inaugural Aviation Security Symposium this September.