ICAO Secretary General Dr. Fang Liu was in Argentina last week to engage in a series of high-level discussions on the country’s aviation performance, modernization and sustainable development strategies.

While in Buenos Aires, she also took part in the World Travel & Tourism Council’s (WTTC’s) 18th Global Summit, where she participated in a panel discussion surrounding a new vision for the future of secure and seamless travel.

Dr. Liu’s discussions with the Argentina government’s tourism and transport leaders were aimed at helping them to recognize the important socio-economic benefits of direct air transport connections between Argentina and foreign destinations and markets. She also highlighted in this context the critical need for modernized airport and air navigation infrastructure to safely and efficiently accommodate forecast air transport traffic growth. 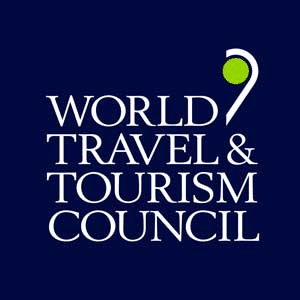 Dr. Liu and the Minister of Homeland Security signed a Memorandum of Understanding on ICAO’s monitoring, under its Universal Security Audit Programme, of Argentina’s aviation security oversight performance.

During her appearance at WTTC/18, Dr. Liu stressed to the audience and her fellow panellists that commercial aviation transports over half of the world’s 1.4 million billion tourists each year and that air travel and tourism serve as an economic lifeline for many countries, especially small island and landlocked developing States. Travel and tourism’s contributions to world GDP have been consistently outpacing the global economy in recent years, rising to a total of 10.2% of world GDP (US$7.6 trillion) as of end 2016. The sector now supports the employment of 292 million people or 1 in 10 jobs worldwide.

She also emphasized that States should observe the Standards and Recommended Practices established by ICAO in order to tackle their main security and facilitation challenges, reiterating the benefits of data-sharing between government agencies to allow cross checking of passenger data and improved efficiencies at security and border control through the use of ICAO standardized tools such as Advanced Passenger Information (API), Passenger Name Record (PNR) and Public Key Directory (PKD), which are part of the ICAO TRIP strategy.