In 2013, as Brazil was preparing to welcome the world for the 2014 World Cup and the 2016 Olympic Games, the Brazilian Customs Administration was exploring the ways they could improve air passenger customs control for the millions of tourists and athletes who would soon be visiting. Their work began with one important driver: a project to develop an intelligent risk assessment system based on Advanced Passenger Information (API) and Passenger Name Records (PNR). This project, combined with the all-new passenger Facial Recognition System (IRIS), allowed the Brazilian Customs Administration to achieve vital leaps in efficiencies. It also helped to improve the processing of international travelers.

Brazil had to contend with air passenger traffic that had doubled over a 10-year period (Figure 1). With the remarkable growth of international air traffic, the traditional inspection techniques that were employed by customs officers, proved to be inadequate. With greater demands being placed on government services, the Federal Revenue of Brazil (RFB) began investing in a solution that would tailor their customs processes while adhering to international standards.

The RFB planned these projects with the National Commission of Airport Authorities (Conaero). Conaero led the coordinated Federal Government initiative to improve dialogue and cooperation among the various stakeholders in the airport environment: airlines companies, airport operators, customs, immigration, and other government agencies and policy regulators.

Until 2014, the air passengers who would undergo a baggage inspection in Brazil were at the discretion of the customs officer in charge. This selection was based on subjective criteria that included behavioral analysis, questioning, baggage surveillance and other random factors.

Dramatic growth in international travelers and trade in all regions of the world, added continuous stress to the operational and work force capabilities of border control authorities. Customs officers in particular, as the first line of defense, encountered increased security and enforcement responsibilities.

When responding to increased workloads, the use of modern technology and greater domestic and international cooperation can enhance the effectiveness of border control. Incorporating passenger selection/screening criteria based on high quality risk indicators and API, has proven to have a positive effect on enforcement activities. 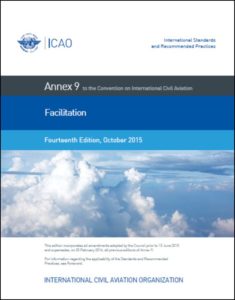 According to ICAO’s Annex 9 ─ Facilitation, an API system is “an electronic communications system whereby required data elements are collected and transmitted to border control agencies prior to flight departure or arrival, and made available on the primary line at the airport of entry”.

The provision of API and PNR data can be financially and operationally burdensome on aircraft operators, so requirements must be clearly legislated. Based on ICAO Guidelines for Passenger Name Record Data (ICAO Doc 9944), explicit legal provisions should govern the requirements for PNR data transfer. It also stipulates that the reasons for requiring PNR data “should be clearly expressed in the appropriate laws or regulations of the States or in explanatory material accompanying such laws or regulations, as appropriate”.

Internationally, the basic rules for the use of API and PNR are outlined in Annex 9 and the Revised Kyoto Convention . For API, Standard 3.47 of Annex 9 obliges each Contracting State to  “introduce an API system under its national legislation to adhere to internationally recognized standards for the transmission of API”.

In 2015, the RFB developed an electronic risk assessment system that took the API data and provided an output list of passengers who should be subject to customs screening upon arrival of their flight.

This information assisted risk and threat assessments and resulted in improved efficiencies related to cash smuggling detection. In 2015, the average cash seizure was 212% higher than in 2014 (Figure 2).

Additionally, the use of API and PNR data in pre-arrival risk assessments helped customs officers identify travelers who fit drug smuggling profiles. The new techniques led to an increase of more than 300% drugs seizures in 2015 over 2014, results that had never been seen in Brazil (Figure 3).

Once API and PNR data were used in the pre-arrival risk assessment of air travelers and the main targets were selected for customs inspection, one of the most challenging tasks of the customs control process became properly identifying and segregate the selected passengers without disrupting the  legitimate flow of air travelers.

In 2016, Brazilian customs officers adopted an all-new, tailored solution that uses facial recognition technology for target identification and selection. Fourteen major international airports in the country are equipped with the biometric identification solution.

Facial recognition software can identify a specific individual in a digital image by scanning a person’s face and matching it against a library of known faces. Brazil’s facial recognition system works with two high-resolution cameras installed in custom’s “nothing to declare” line area at each airport (Figure 4). All passengers’ faces are compared with a list of known faces who represent targets who must undergo a customs inspection.

Biometric identification is carried out without human interference in the passenger line as they are moving at a walking speed (Figure 5). When the system identifies a passenger whose face matches the face of a previously selected target, a red warning is issued to the customs officer on duty, who will then approach the target and begin an inspection.

Improving the security and facilitation

From a customs administrative point of view, the use of API and PNR has security, facilitation and enforcement advantages.

This intelligence-based, risk-assessment approach allows customs border control to identify air passengers on watch lists and suspicious passengers who might be smugglers or drug traffickers. It is also an effective measure to counter foreign terrorist fighter (FTF) related risks.  It should also be noted that this risk assessment approach will help to facilitate movements of low-risk passengers at border concurrently.

Even though the primary function of customs facial recognition technology is to identify related targets, a cooperative procedure was established between Customs, the Federal Police Department and the Brazilian Intelligence Agency – ABIN, to establish a separate facial recognition “blacklist” with all targets associated with a security threat.

The use of facial recognition tools will be particularly effective in cases involving fraudulent documents since the facial characteristics of the target remain mostly unchanged. In a broader sense, customs will perform as a second barrier for national immigration control in order to further safeguard the country’s security.

The development of more modern and effective passenger targeting and risk management tools with the use of the trending API and PNR datasets is a clear example of effective improvement. And it uses the same governmental human resources.

The use of a state-of-the-art facial recognition technology, interconnected with the national Federal Police and the national intelligence service, is a good example of inter-agency cooperation. They met the important goal of safeguarding the country’s security, throughout the world-class events that took place in Brazil.

A national risk assessment that is based on both API and facial recognition technology points to an interesting future for air passenger inspection and control. In a worldwide scenario with increasing, dynamic complexities, it can play an integral role in not only national economies, but also in global security. 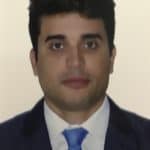 Felipe Mendes Moraes is the Deputy Chief of the Brazilian Customs Special Controls Division for the Brazilian Federal Revenue Service Customs Office. He is currently responsible for the national coordination of all the IT systems that provide support to the national passenger control activity, which inludes API/PNR data, and passenger risk assessments for land, air and maritime borders.