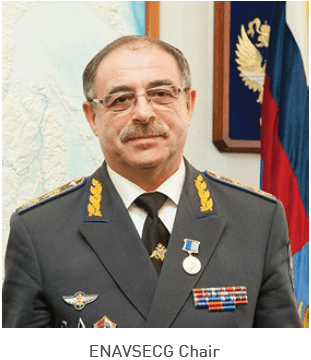 During the Regional Aviation Security Conference held in November 2011 in Moscow, Russian Federation, States recognized the need to expand regional cooperation in order to strengthen aviation security. Following the conference, the ICAO Secretariat established, in February 2012, the position of an ICAO Regional Officer for Aviation Security in the ICAO European and North Atlantic Office. Subsequently, in summer 2012, the European and North Atlantic Aviation Security Working Group (ENAVSECG) was created. The composition of the ENAVSECG encompasses all 56 ICAO EUR/NAT States, relevant regional organizations and industry representatives. It is the only working group on Aviation Security (AVSEC) which covers all players in the entire EUR/NAT Region.

It is also important to note that the European and North Atlantic Regions are the regions with the most intensive air traffic and the largest volume of international (interstate) flight connections in the world. 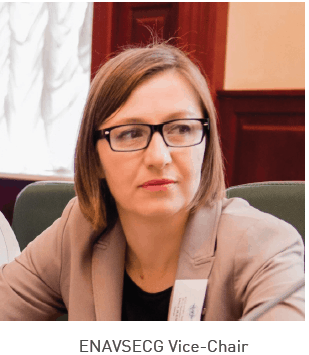 The ENAVSECG has progressed over the past 6 years through all the stages of organizational set-up and has built, with confidence, a positive perspective of regional cooperation between States in order to increase the level of aviation security in all Member States in the EUR/NAT Region.

In this work, important regional cooperation aspects such as the sharing of work experiences between the working group and other ICAO Regions through their Regional Offices as well as support of the development of cooperation in the field of assistance amongst States have been established.

The annual meetings show the noticeable increase in the number of issues being considered at the ENAVSECG as well as the continued growth of the importance and authority of the ENAVSECG by the regular increase in participation numbers which also includes observers.

The ENAVSECG confidently continues to promote the development of interregional and international cooperation of the EUR/NAT Member States with the active assistance and the leadership of the ICAO EUR/NAT Regional office.

The proposals resulting from the discussions of the ENAVSECG are subsequently submitted to the ICAO AVSEC Panel which now includes 11 States from the EUR/NAT Region, following the recent inclusion of Portugal and the Netherlands that was approved at the last AVSECP meeting.

Currently, the chairpersons of ENAVSECG and the Regional Officer of the ICAO EUR/NAT Office are working actively on a proposal to develop a roadmap for the EUR/ NAT Regions to implement the ICAO Global Aviation Security Plan (GASeP).

This proposal will be shared with States and stakeholders in the region for input and the final draft will be discussed at the Regional Aviation Security Conference to be held in Lisbon, Portugal, from 29 to 31 May 2018. The Conference aims to address the common challenges of the implementation of the GASeP.

The ENAVSECG confidently continues to promote the development of interregional and international cooperation of the EUR/NAT Member States with the active assistance and the leadership of the ICAO EUR/NAT Regional office.

The ICAO EUR/NAT Regional Office can always count and rely on the active support of the members of the working group in working towards ensuring safety and security in civil aviation.

Vladimir Chertok is Deputy Head of the Federal Authority for Transport Oversight. He worked during 30 years at the State Research Institute of Civil Aviation and conducted ground and flight tests of board life support systems, survival and safety for crews and passengers almost in all types of modern civil aircrafts. In recent years, he had held various supervisory positions in the Ministry of Transport of the Russian Federation, the Federal Authority for Transport Oversight, and dealt with issues of aviation and transport security. Currently, he is in charge of state control and oversight for compliance of legislation and international treaties of the Russian Federation.

Inga Jgenti is Senior specialist of Aviation Security Department at Georgian Civil Aviation Agency (GCAA). In Aviation Since 2001. Responsibilities: Policymaking, compliance monitoring , cooperation with entities involved in Aviation security. From 2002 to 2011 Ms. Jgenti worked at “Georgian Airways”, where she held different positions e.g. Instructor and Deputy Head of the cabin crew department and worked at the same time as Flight Safety Instructor at Georgian Aviation University. Ms. Jgenti joined the GCAA in 2011. In 2012 she got certified as Landside Security and Cyber Security Vulnerability Assessor under ECAC’s Capacity Building Programme, performed one cyber security and four Landside Security Vulnerability assessments and in 2017 was appointed Vice-Chair of ICAO European and North Atlantic Aviation Security Group (ENAVSECG).