Airlines and airports have their Eyes Open on Human Trafficking

In support of the United Nations (UN) World Day Against Trafficking in Persons, Airports Council International (ACI) World and the International Air Transport Association (IATA) are voicing our joint commitment and work to help combat human trafficking. Aviation connects the world, carrying more than four billion passengers a year, but this global network is also used nefariously by traffickers to transport people against their will. 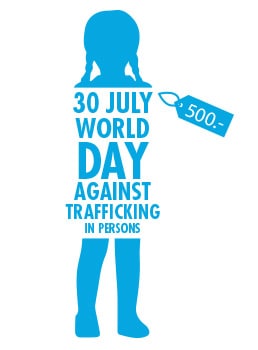 Human trafficking is a form of modern-day slavery. It involves the recruitment, transportation, harbouring and/ or exercising control, direction or influence over the movements of a person in order to exploit that person.

We, as an industry, are determined to assist authorities by reporting suspected human trafficking cases, and making it as difficult as possible for the global air transport network to be exploited for this evil trade, which affects some 25 million people annually[1].

We’re committed to raising awareness, helping to train staff to recognize the signs of human trafficking, and putting in place reporting protocols to alert the appropriate authorities.

To mark the July 30th UN World Day Against Trafficking in Persons, we invite airline and airport co-workers, colleagues, industry partners and supporters to raise awareness of the global aviation’s commitment to fight human trafficking by:

[1] According to the United Nations Office on Drugs and Crime